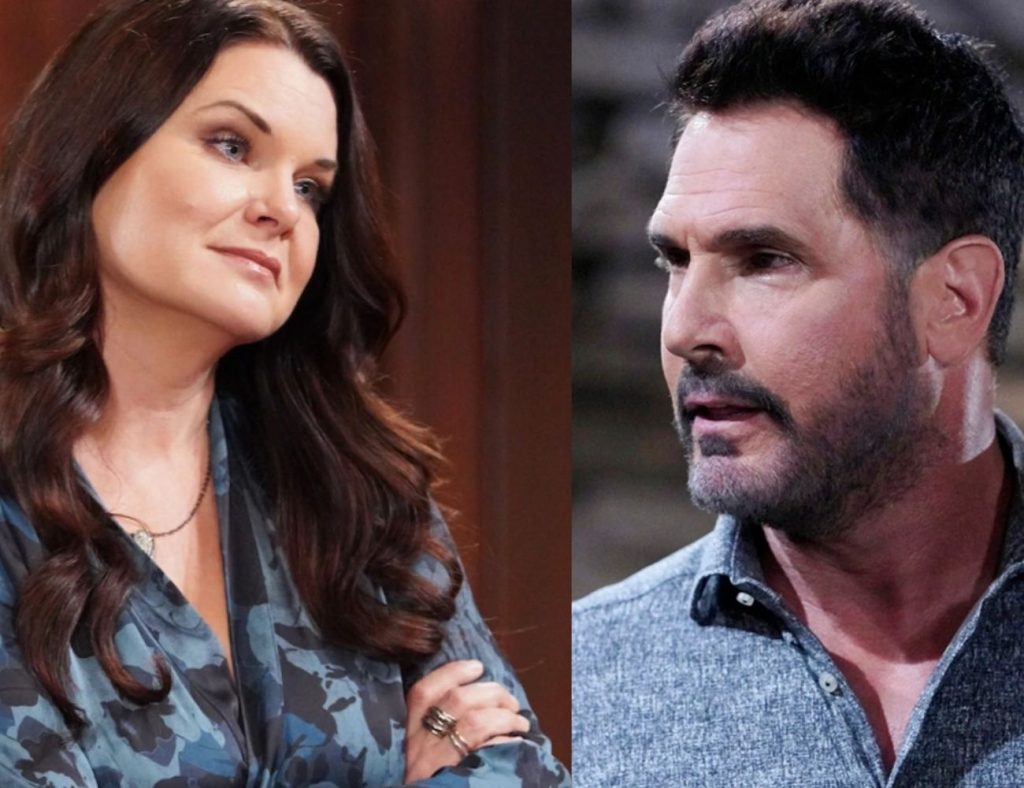 The Bold And The Beautiful Spoilers For January 5, 2023: Sheila And Li Have A Faceoff, Katie Fawns Over Bill

The Bold And The Beautiful Spoilers For January 5, 2023, reveal that Sheila and Li have an intense faceoff in prison. Sheila being Sheila, acts as smug as ever, thus, planting doubts in Li’s mind. Meanwhile, in the other part of L.A., Katie pacifies Bill’s ego by loading him with praises. Consequently, making Bill wonders if he is on the right path or not with Sheila Carter. Looks like the drama is far from over on The Bold and The Beautiful! Let’s dig in to see what’s coming our way in the upcoming episode of our beloved CBS soap.

Li Visits Sheila In Prison, Have A Massive FaceOff

Viewers and residents of Los Angeles on The Bold and The Beautiful had been waiting with bated breaths for this very moment. Sheila Carter had been creating havoc in the lives of plenty for the longest time, and too many people have become collateral damage in this dangerous diva’s games. It was about time that this fugitive took her spot behind bars. And it has finally happened! Sheila Carter has been arrested and contained in The Bold and The Beautiful. The latest spoilers reveal that Sheila’s nemesis (one of many, might we add), Li Finnegan, visits her in prison. Finn’s birth mother probably hoped to rub in Sheila’s apparent defeat in her face.

However, much to Li’s shock, Sheila’s arrogance knows no end on The Bold and The Beautiful. The spoilers for January 5, 2023 reveal that Sheila is convinced her spot in prison is rather temporary. She is sure that her alliance with the all mighty publishing Mogul, Bill Spencer will get her out of there in no time. Sheila taunts Li that not only will she be out of prison soon, but also have a spot in their son Finn’s life. Perhaps Sheila is counting on the fact that Bill’s blackmailing and threatening will win her some Granny time with baby Hayes too!

The Bold And The Beautiful: Katie Makes Bill Doubt His Moves With Sheila

Everyone on The Bold and The Beautiful believes that Bill has done the right thing by being instrumental in Sheila’s arrest. However, his real scheme with Sheila is yet to see the light of day and the eyes of their fellow L.A. mates. Nevertheless, until that happens, Bill is the hero! And Katie Logan, his former flame, can’t stop gushing about it. The Bold And The Beautiful Spoilers For January 5, 2023, tease that Katie will continue to shower praises on Bill. Katie’s attention will thaw his frigid heart just a tiny bit. Bill will wonder for a minute if he really should be honoring his alliance with Sheila.

Bill has taken a dark and sharp turn on The Bold and The Beautiful. After the Logan sisters broke h is heart in quick succession, he turned cold and menacing. Feeling unloved and lonely, Bill has found solace in Sheila’s manipulative and deceptive arms. Is Bill really that long gone in the head that he can’t see she is pawning him for her means? Or is it his loneliness that is making him grasp on to whoever is willing to give him support? Even if it is someone as wretched as Sheila. However, we wonder if Katie’s stance of not reuniting with Bill will remain intact amidst all her fawning over him. Moreover, will it give Bill hope that all is not lost and he should steer clear of getting any further involved with Sheila?

What do you think? Will Bill continue his scheme with Sheila, or will he take a u-turn after all the attention he is getting from Katie? Please share your views with us in the comments. Meanwhile, stay tuned to ABC to find out what happens next between Bill and Sheila on The Bold and The Beautiful.