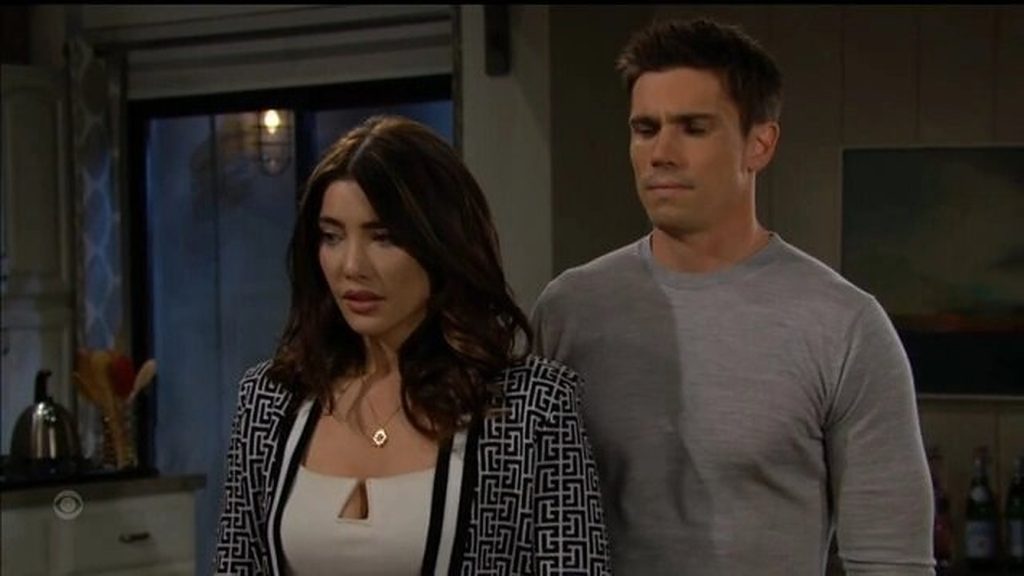 The Bold And The Beautiful Spoilers For January 9, 2023: Steffy-Finn’s Testimony, Bill Threatens The Judge?

The Bold And The Beautiful spoilers for January 9, 2023, reveal that Steffy and Finn will decide to give their testimonies to the judge. However, Bill will threaten the judge and remind him of the past. While Steffy and Finn hope that the judge will give them the right judgment, will he actually be on their side? Keep reading to know what will happen in B&B in Monday’s episode.

First, the cops will take Sheila to court a day after arresting her. The Bold And The Beautiful spoilers reveal that Sheila will be optimistic about what the judge is going to say. Looks like it will be Bill’s actions that will help Sheila remain optimistic. Joe Lando will reprise his role as Judge Craig McMullen in the show. Long-term fans will know that this is the same judge who was involved in Bill and Katie’s custody battle.

Bill remembers that the judge was a shady person back then. When Katie and Bill’s case was heard in court, Ridge managed to bribe Craig, and he made the decision in Katie’s favor. Since Bill was already looking for the right person to bribe and help Sheila escape the prison, he will now target the judge. Looks like Bill will find a recording of Ridge bribing the judge, which he will use against him. He will threaten him to give judgment in support of Sheila if he doesn’t want to get caught in any legal mess and lose his career.

The Bold And The Beautiful Spoilers: Steffy-Finn Decide To Give Their Testimony

Once Steffy and Finn will learn that Sheila will be taken to court, they will wonder what to do next. The Bold And The Beautiful spoilers say Chief Bradley Baker will remind them how important their testimony is going to be. While they themselves know it, Steffy will worry for her mother’s safety. If they accuse Sheila, Taylor will face Bill’s wrath, if she doesn’t, then Sheila will come to haunt her after her release.

No matter what happens, Sheila will continue to haunt Steffy and Finn. As for Finn, even though he has experienced Sheila’s wrath, he will still decides to stay by his wife’s side. While Steffy will hope the judge will find Sheila dangerous, she wouldn’t know that Bill has already threatened him. They will remain in the hope that the outcome will be in their support. However, that won’t be the case. Other spoilers say that Steffy and Finn are going to get some huge shockers, which will shake things up. Stay tuned and watch The Bold And The Beautiful, it airs every weekday on CBS. For more updates and spoilers, visit our website, TV Season & Spoilers.