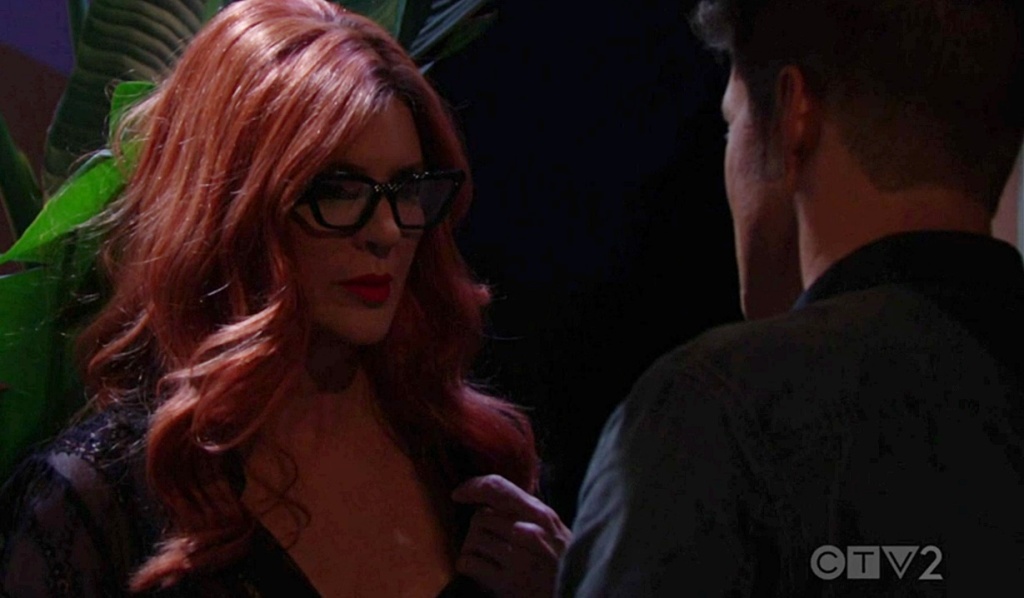 The Bold And The Beautiful spoilers for the upcoming two weeks, from August 29 – September 2, 2022, reveal that Sheila will come up with a plan to meet Finn. Then, Deacon will fear for his future and will block Sheila. Meanwhile, Quinn will have a last sweet moment with Carter as Rena Sofer leaves B&B. As for Hope, she will face troubles with Thomas regarding Douglas’ custody. Things are surely going to heat up in the upcoming days on the soap opera.

During the week of September 5-9, 2022, Sheila will make a bold move to meet Finn. Over with Liam, he will have some advice to pass onto Hope. As for Ridge, Brooke and Taylor will soon corner him with questions.

The Bold And The Beautiful Spoilers For The Week Of August 29- September 5, 2022: Deacon Frustrated With Sheila; Quinn Bids Goodbye

Hope’s meeting with Nicolina will put her into deep thought. In the upcoming episodes, She will grow suspicious of the strange lady. The Bold And The Beautiful spoilers show that Deacon will lash out at Sheila. He will be frustrated that Sheila is causing great trouble in his life. Eventually, Deacon will ask Sheila to leave his house. She being the she-devil, will obviously not pay attention to him.

Not only that, Sheila will take all of this further; she will decide to meet her son, Finn. She will come up with a plan which will stun Deacon to the core. It is teased that Sheila will ignore Deacon’s warnings. Later, a situation will arise where Finn and Bill will come very close to seeing Sheila. However, Deacon will land at the right time and will block their vision.

Elsewhere, Quinn and Carter will have an honest chat with each other. Later, it will get escalated, and they will get intimate. However, this will be Rena Sofer’s final appearance in B&B. On August 29, 2022, Rena will play the character of Quinn for the last time. We will have to wait to see what happens there.

Over with Brooke, she and Taylor will have a creative way of expressing emotions. The Bold And The Beautiful for the week of September 29, 2022, spoilers say that both ladies will use paint to express how they feel about each other. However, things will get heated, and they will start throwing paints at each other.

Meanwhile, Ridge will come in between and will try to stop the fight. He will shout at both for being childish. Nevertheless, Brooke and Taylor will think otherwise. For them, they will justify the fight and will ignore Ridge’s complaints.

The Bold And The Beautiful Spoilers: Hope Worried For Douglas’ Custody

Further, in The Bold And The Beautiful, Hope will confront Thomas. She will accuse him of being selfish and putting his needs in front of Douglas’ wants. However, Thomas will correct her by saying that Douglas is actually having a blast in the Forrester mansion. In response, Hope will decide to pay him a visit by herself. Later, Steffy will ask Hope to accept that Douglas should live with Thomas.

In the meantime, Brooke and Liam will have a chat. They will know the fear that Thomas might be using Douglas’ issue to manipulate Hope. Following this, they will wonder if Thomas is falling back into his past tricks and attitude.

The Bold And The Beautiful Spoilers For The Week Of September 5-9, 2022: Deacon Stops Sheila, Brooke-Taylor Fight

However, fans are aware of Sheila’s craziness. She will avoid whatever Deacon has to say and will focus on her meeting. Deacon will know that even if she disguises herself, the plan is too risky to execute. Back with Liam, he will know that Hope is going through a lot in her life. Hope is already mulling over her thoughts of what fate holds for her. So, Liam will offer her some advice in order to ease her tension.

Lastly, Brooke and Taylor will corner Ridge and push him to answer their questions. As far as Doughlas’ custody issue is concerned, Brooke and Taylor have different opinions. Taylor thinks that Thomas is ready to take Douglas’ responsibility. He will be a good father and can take care of his son. On the other hand, Brooke thinks that Taylor is not capable of being a father yet. For her, Douglas needs to stay with Hope for his better future.

Whatever it is, Brooke and Taylor will corner Ridge to ask his opinion on this matter. As far as Ridge is concerned, he will clearly tell Brooke that he supports Taylor in this. Fans already know that Brooke suspects that Taylor is using Douglas’ issue to get closer to Ridge. With this, will Brooke become sure that Taylor indeed is winning against her? We will know that in the upcoming episodes. Until then, stay tuned and watch The Bold And The Beautiful, which airs every weekday on CBS. For more information on updates and spoilers, visit our website, TV Season & Spoilers.