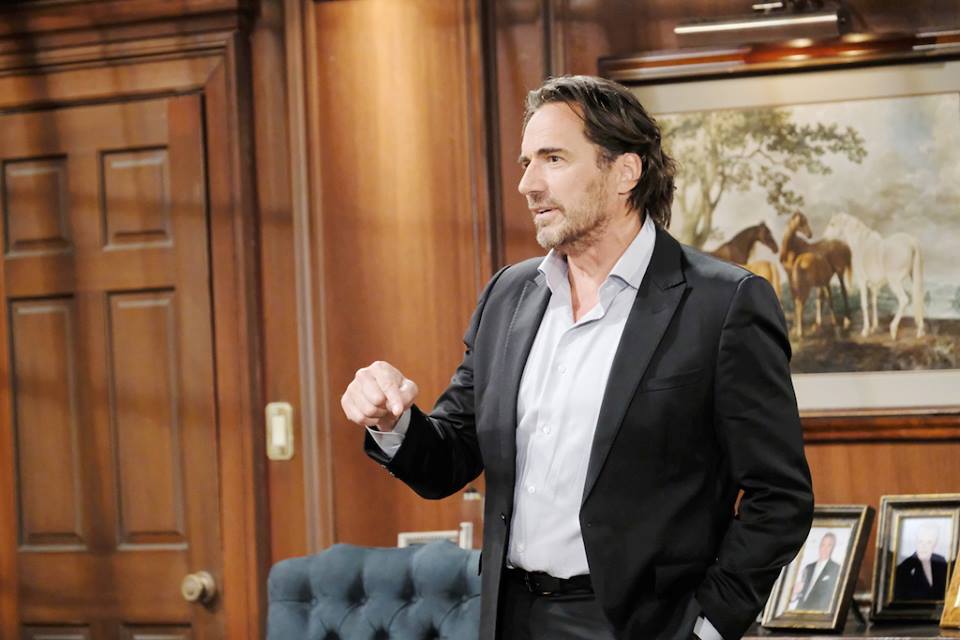 The Bold And The Beautiful Preview Video For The Week of January 31-February 4, 2022: Ridge Confronts Deacon, Steffy Makes Moves

The Bold And The Beautiful weekly preview for the week of January 31-February 4, 2022 reveals that much drama is coming up on the soap. It suggests that Ridge confronts Deacon and he will warn him to stay away from his wife. But he’s unaware of the fact that his wife and Deacon are hiding something.

Meanwhile, Ridge’s wife Brooke will have a meltdown during her heart-to-heart conversation with Hope. On the other hand, Thomas has some news that might change everything for Steffy. Keep reading to know about everything that will happen.

The Bold And The Beautiful preview video teases that Ridge Forrester will confront Deacon Sharpe in the upcoming episode. Viewers already know that Deacon is Brooke’s ex, and Ridge knows that he has some ulterior motive coming back. So, he will have a fierce interaction at Deacon’s work, II Giardino, and ask him to stay away from his wife.

Well, Deacon has promised Brooke to stay mum. He has said that he won’t tell anyone about New Year’s Eve kiss. Even though he will want to brag about lying and kissing Brooke in front of Ridge, but, he will stay mum. This is because he made the same promise to Hope Logan Spencer too. Thus he’s doing his best to keep the secret from Ridge.

The Bold And The Beautiful: Brooke Has A Meltdown

As for Brooke, she will speak to Hope, and she is looking distraught. She is scared that Ridge will come to know about her and Deacon’s night together. So, she will be worried about it. However, Hope and Liam will try their best to console her. The Bold And The Beautiful viewers also get to see Ridge as he tells Brooke, “nothing is going to come between us, and you have to believe that” in the preview video.

While Brooke has a meltdown, Thomas reveals important intel about Brooke to Steffy

. At first, she seems furious and tells Thomas that so far, these Logans considered Ridge a fool. Further, The Bold And The Beautiful spoilers teased that Steffy could be angry after learning about Brooke and Deacon. However, she will come up with a plan to control the situation.

The Bold And The Beautiful: Steffy Makes Move

Steffy knows quite well that she can’t say negatively about Brooke. If she does so, her father will quickly shut her down. So, she needs some proof to show him that she was right about Brooke. The Bold And The Beautiful spoilers suggest that Steffy will use Charlie Webber to help her bring more details about Brooke and Deacon. In the weekly preview, Steffy seems like she has some plans. It will probably be about Brooke. Not only that, she will try to reunite his parents.

Steffy’s ultimate motive is to remove Brooke from his father’s life. So, she will use this intel to destroy their relationship. At the same time, she will try her best to bring her parents together. But it looks like her good intentions will ultimately cause Taylor more pain. But will Ridge leave Brooke? Could a love triangle be on the cards? We will have to wait to see. The Bold And The Beautiful airs on CBS all weekdays. In the meantime, stay with TV Season & Spoilers to know more such updates.