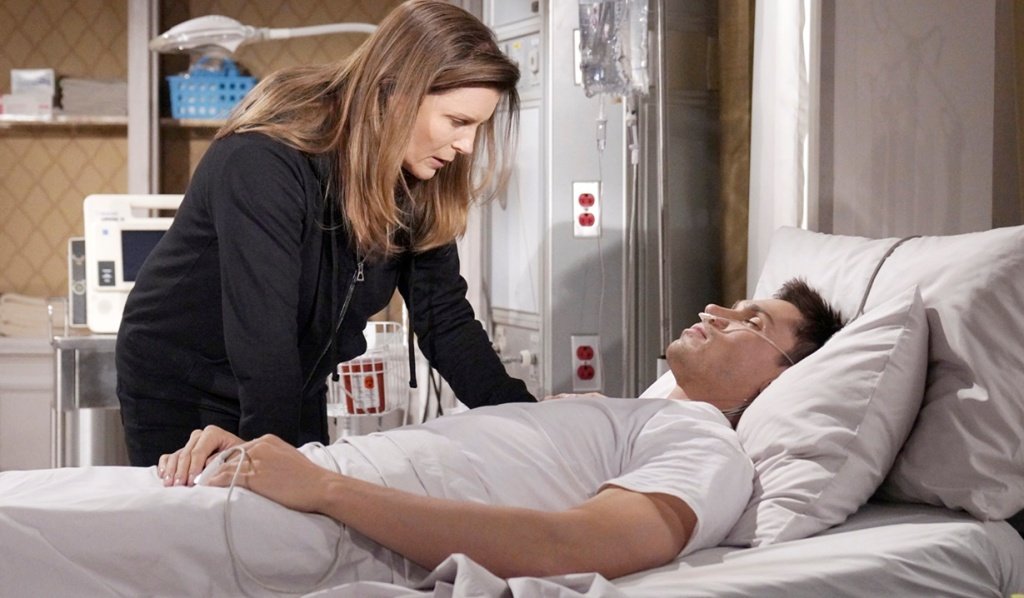 The Bold And The Beautiful Spoilers For Thursday (June 16, 2022): Sheila Finds Finn, Carter, And Quinn Squabble

The Bold And The Beautiful spoilers for Thursday, June 16, 2022, reveal that Sheila Carter will console a dazed John “Finn” Finnegan while Carter Walton and Quinn Forrester discuss their undying love. These two love birds are finding it hard to stay away from each other but staying together isn’t an option either. What would they do in the upcoming episodes? Here is all about it.

Let’s start with what happened at Li Finnegan’s hideout recently. Li hurried to Finn’s side once he began babbling, but Sheila struck Li out shortly afterward. Now it’s Sheila’s turn to console Finn as he tries to figure out what’s happening. Finn’s cloudy vision is improving, but he still doesn’t appear to understand anything.

Will Finn recall that Sheila is a dangerous menace, or will he be too dazed to notice? Regardless, Li appears to be regaining awareness. And attempting to reclaim the upper hand. Sheila will be preoccupied with Finn as she strives to be a concerned mother. Never mind that Sheila put Finn in this precarious situation!

Since Sheila will be so concentrated on Finn, Li may be able to sneak strike. Or she may try to call for support with her phone. Whatever the case, Sheila may ultimately figure it out and initiate a new round of combat. Finn, on the other hand, is still fairly out of it. Finn is still weak and recovering from his injuries, so he may be unable to stay awake for long. Tune in to The Bold And The Beautiful to know more!

While Li deals with that, Ridge Forrester and Taylor will be concerned about her because they could not contact her on the escape news. But they should persevere. In the meantime, Sheila and Li

are in for a tremendous surprise. Since we know Jack Finnegan will eventually become involved in the tale, he might locate Li’s hiding next and become entangled in the mom drama.

The Bold And The Beautiful: Carter Moves Ahead With Paris, Eric’s Truth Comes Out

Elsewhere, Carter and Quinn will have another heated discussion. And they will be unable to deny their eternal love for each other. There’s a unique bond between these two. But Carter won’t let it bother him as long as Quinn is committed to Eric Forrester’s marriage.

By the end of the week, Carter will reveal his proposal plans to Paris Buckingham. Thus, Quinn will be reeling from her ex-boyfriend’s news. She will hope to call off the engagement. Hope Spencer will be speaking

with Eric shortly, and she’ll try to discover what he thinks about Quinn and Donna Logan.

Hope needs to understand Eric’s emotions and motivations better if she is to keep the affair hidden. According to The Bold and the Beautiful spoilers, Eric’s love life will become increasingly problematic. So don’t miss what’s coming up. The Bold And The Beautiful airs every weekday on CBS. TV Season & Spoilers is here with new updates for your favorite soaps, so stay tuned!