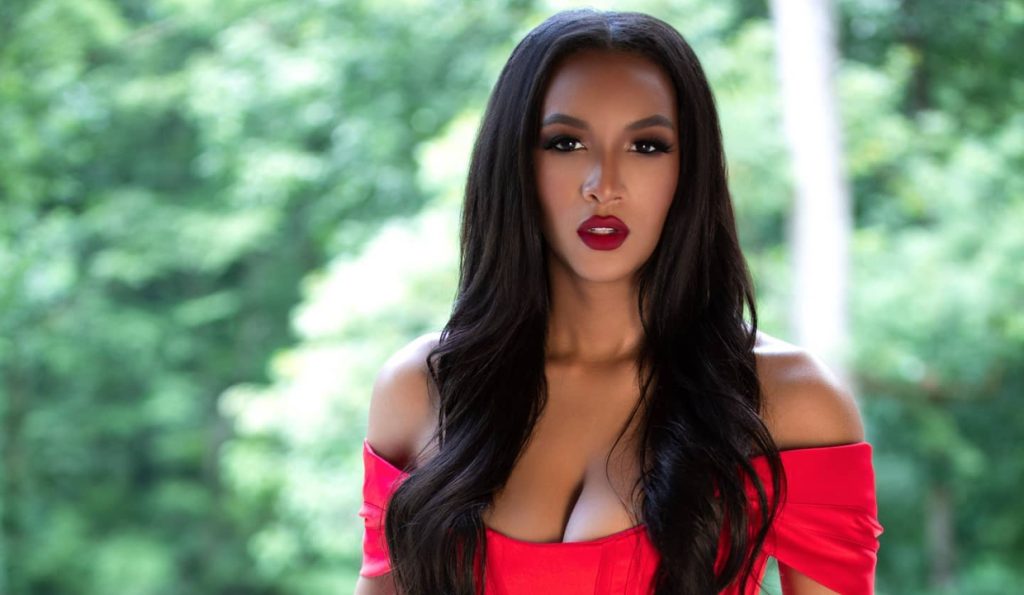 Say what you will about them, but one thing is for sure, Chantel and Pedro from 90 Day Fiance franchise made a good-looking pair. Although the couple is no longer together, they remain in the limelight because of their show, The Family Chantel. With her TV debut, Chantel instantly grabbed a lot of eyeballs owing to her stunning looks. Moreover, she remains upfront about her life online and often times shunned the rumors about getting surgeries to enhance her physique. Hence, she takes pride in being all-natural and doesn’t shy away from showing off her body. Hence, here are some of her best bikini moments so far. Keep scrolling to take a look.

The Family Chantel: Chantel Flaunts Her All Natural Physique In Swimwear!

Apart from Chantel and Jimeno’s intriguing love story, viewers took notice of the former’s stunning appearance too. Hence, she has a large fan following owing to her radiant looks and genuine personality. Moreover, The Family Chantel star often takes to social media to share gorgeous pictures of herself. In fact, Chantel has been very upfront in several interviews about embracing her all-natural look. However, there have been several rumors about her getting work done. But, she has shunned them gracefully by saying she doesn’t have “surgeries on her body”.

With this, Chantel is also quite active on her social media handle. In fact, she often flaunts her all-natural physique in several pictures. In fact, it seems like the star is a beach bum as she is often spotted on beaches, donning stunning swimwear. Therefore, The Family Chantel fans often root for her in the comments section while complimenting her for promoting body positivity. Moreover, they also admire her for keeping things real on her Instagram and showing herself as she is through her photos. Furthermore, Chantel claims that the only procedure she has undergone is botox for her frown lines.

UPDATE: In early August 2022, Chantel revealed that she desires to get body sculpting surgery.

The Family Chantel: Chantel & Pedro File For A Divorce After 5 Years Of Marriage!

Things haven’t been okay in The Family Chantel fanbase for a long while. That’s because fans had already assumed that Chantel and Pedro are going through a rough patch. In fact, their speculation intensified after they realized the couple had not made many posts about one another on Instagram. Moreover, they also spotted Chantel without her wedding ring in her recent photos. Later on, it became official that Pedro and Chantel were taking matters to court and filing for a divorce

With this, the couple also got restrainign orders against one another and are living separately. Moreover, viewers got to see their deteriorating relationship in the new season of The Family Chantel. In fact, the couple began to have lots of low moments after having lots of differences in terms of their work schedules, moving into a new house, and chores around their home. Hence, it was pretty clear to the viewers that they won’t last long now. Keep track of more The Family Chantel updates only through TV Season & Spoilers.