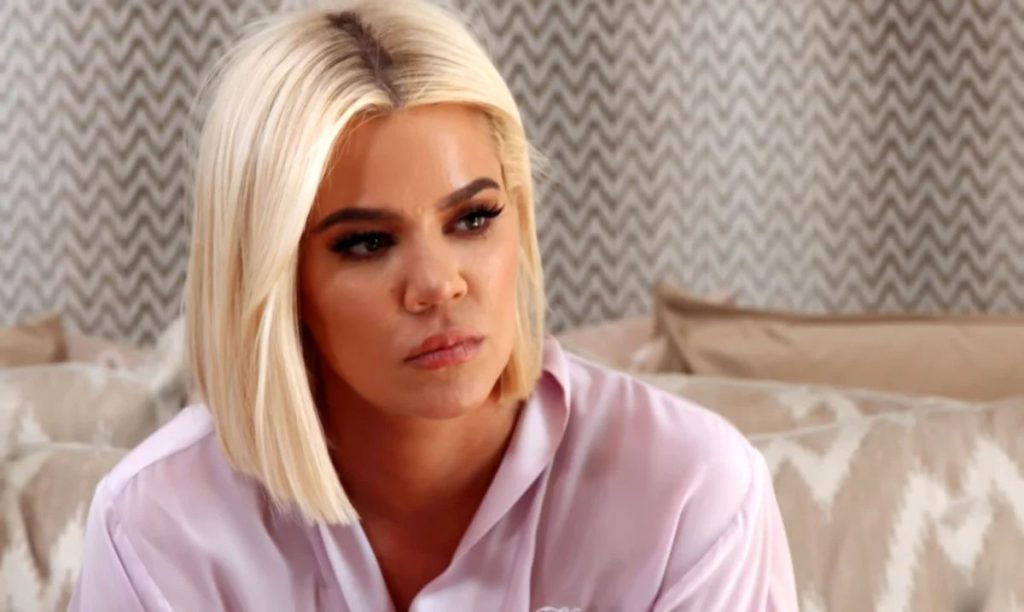 The Kardashians star Khloe Kardashian has recently welcomed a baby with her ex-boyfriend Tristan Thompson. Khloe and Tristan were in a very serious relationship with each other. However, after he cheated on her, they split their ways. Reportedly, Tristan’s gym trainer was pregnant with his baby, leading him into trouble. However, the couple finally moved on. Khloe revealed that this year had been very hard for her as she was dealing with a heartbreak. Things finally got better after she welcomed her son via surrogacy. Now, the mother of two is making headlines after a video went viral on social media. She was seen getting cozy with her sister’s husband, and her dress malfunctioned. Keep reading to know the details.

The Kardashians: Khloe Kardashian Gets Too Close To Travis Barker & Her Dress Starts Slipping!

The Kardashians star Kourtney Kardashian finally tied the nuptial knot with her amazing musician boyfriend, Travis Barker. The couple was in a serious relationship and their too hot to handle pictures and often took up the internet. It was hard for fans to keep their eye off their amazing chemistry at public events. However, now it seems like Kourtney is not the only one who cannot resist the charm of the handsome drummer. Lately, an older video of Khloe Kardashian is getting viral on social media. In it, she was seen getting very cozy with her sister’s husband.

The Kardashi ans family was playing a game where they needed to pass an orange without touching it with their hands. Khloe got the opportunity to pass the ball to Travis, and they shared an awkward intimate moment. She passed the orange ball through her chin to his. While Travis kept his hand back, the Hulu stars’ bodies got very close. Their chests were almost touching and they continued to stay that close. Khloe wore a black corset dress that showed off her cleavage, while Travis was seen in casuals and a big hat. However, Kourtney’s sister’s dress seemed inappropriate for this kind of game. This is because it kept slipping again and again. The dress was malfunctioning during the game, and but she was not bothered. For a moment, fans actually thought that there was something cooking between Travis and Khloe.

The Kardashians star’s love life is filled with major dramas. While Kourtney is now happily married to Travis Barker, her relationship with Scott Disick

has also grabbed the major attention of people. Scott shares a very strong bond with all the Kardashians sisters. Previously, news speared on the internet that Kourtney’s sister Khloe was in a relationship with Scott Disick.

The two shared a very strong bond. However, their bond was more of a brother and sister type. Khloe made it very clear that they are good friends. Although Scott and Kourtney split their ways, Khloe Kardashians share an amazing bond with him. However, now she is dealing with the breakup and is focused on taking care of her kids.