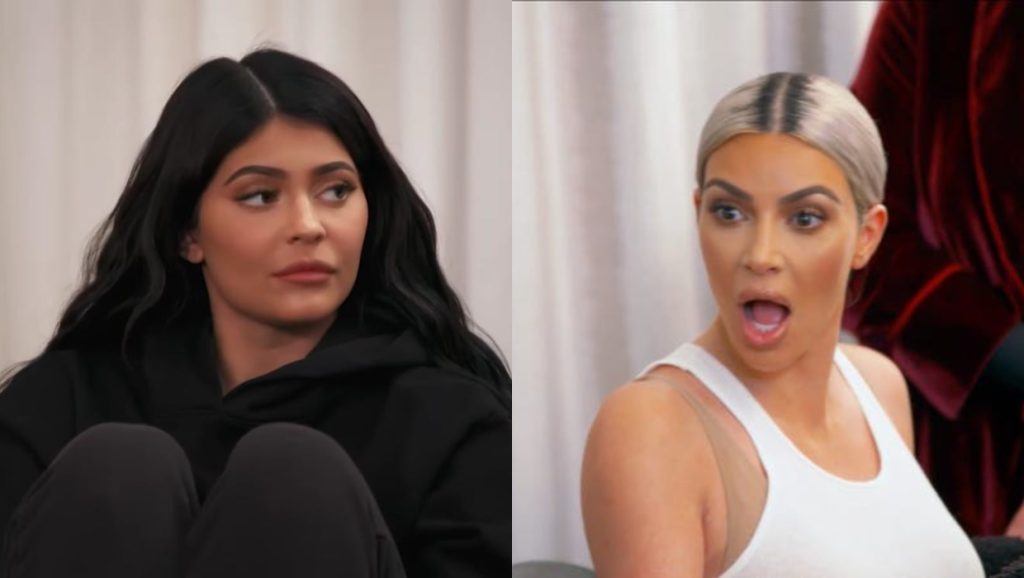 Kim Kardashian is one of the very few original reality TV stars who made it so big in the entertainment world. While she began her career as just an American socialite, she became a media personality and a successful businesswoman later on. Soon after, her sisters Kourtney, Khloe, Kendall, and Kylie also became part of the limelight. Lately, it seems like The Kardashians sisters Kim and Kylie have a bone to pick with each other. That’s because both of them had a very public social media feud on Kylie’s Instagram handle! What was it about? So, keep reading to know more details about their fight.

The megastar Kim Kardashian is always in the limelight, all thanks to her widely known popularity. She first rose to fame when she started starring in ‘Keeping Up With The Kardashians’ with the rest of her family. In fact, her sisters, Khloe, Kourtney, Kylie, and Kendall, also got famous in the same manner. Now, their avid viewers always keep track of all that has been going on in their life. Lately, Kylie put up some pictures of herself. She looked quite radiant in a brown dress, and viewers are in awe of her. However, her sister, Kim, ended up taking a dig at her. Well, the elder sister commented on her Instagram photo saying that she didn’t tag Skims. It is Kim’s brand, and Kylie was apparently wearing the dress from it.

Well, the younger sister was quick to reply to her sister’s comment. Kylie stated that she “stole” the dress from their mother, Kris Jenner’s house. Then, the star playfully accused Kim of wanting her to promote her brand. Well, it was just a funny banter between the two. Moreover, the viewers were glad to see the famous siblings bicker and hilariously come up with savage responses for each other. Apparently, it wasn’t a serious fight. All other The Kardashians

fans also took to the comments section to have hearty laughter at both their exchanges and stated that they love the drama even if it takes place elsewhere other than their episodes.

The Kardashians: Kylie Shows Off Her Curves In A Black Bra Amidst Split Rumors With Travis Scott!

Kylie Jenner and Travis Scott have made multiple headlines since their relationship became public. Their first link-up rumors became part of the internet in 2017 until they eventually made it official. Things got very serious between the two despite the ups and downs. They also share two kids between them, i.e., Stormi and Wolf. However, the announcement about their split came into the limelight in 2022. Lately, Kylie has been putting up a lot of racy pictures, sending her fans into a frenzy. They speculate that she is focusing on herself, practicing self-love, and depicting it on social media.

Lately, Kylie put up a picture of herself in a bold black bra. It enhanced her curves, and the viewers went gaga over the images. Furthermore, she was seductively looking at the camera with her pinky finger in her mouth. The celebrity took the picture during the golden hour, which added more oomph to it. At last, she captioned the photo, “don’t be f***ing rude”. It is her elder sister, Kim Kardashian’s very famous line from the series. Her comments section was soon full of positive comments. The fans used words like “beautiful”, “stunning,” and even “gorgeous” to hype her up. Keep an eye on TV Season & Spoilers for all the latest The Kardashians updates.