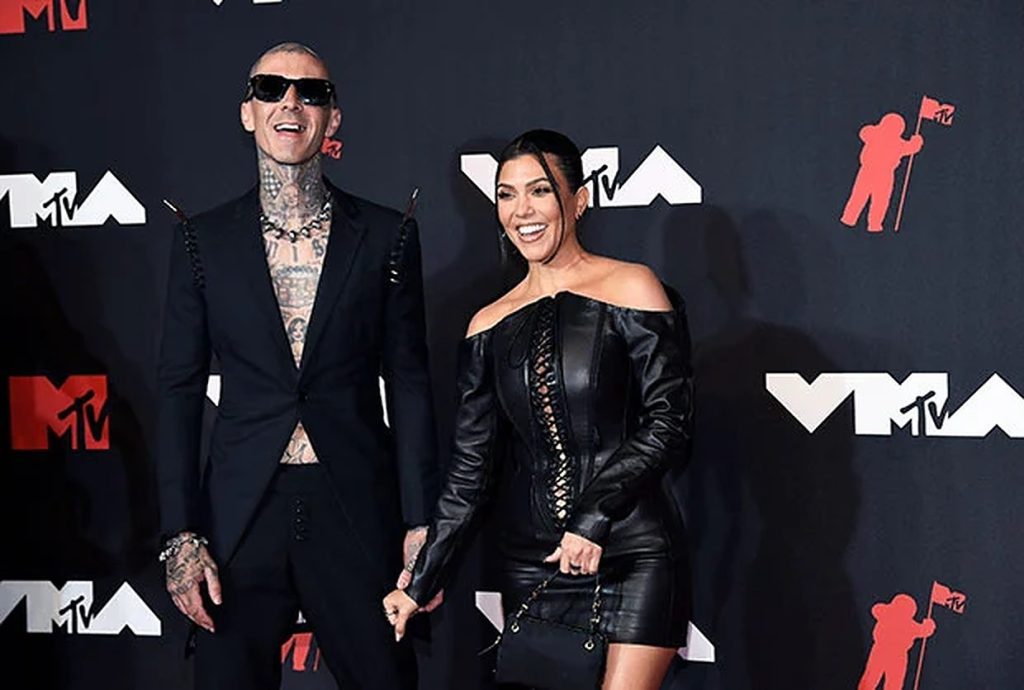 The Kardashians: Why Is Kourtney Kardashian Refusing To Get Intimate With Her Husband?

The Kardashians star Kourtney tied the nuptial knot with her boyfriend, Travis Barker, in May this year. The couple got married in a lavish ceremony in Italy that family members and friends attended. They are well known for their PDA pictures. Fans know it is very hard for Kourtney to keep her hands off. If you follow them on social media, their account is flooded with pictures that show how madly they love each other. Moreover, Kourtney also revealed that she was trying for a baby. However, lately, the Poosh founder admitted that her husband is on a sex ban. Keep reading to find out why she had she done that.

The Kardashians: Kourtney Kardashian Decides To Keep Her Husband On Sex Ban

The Hulu star Kortney Kardashian is pretty focused on her business these days. She has recently launched her new vitamin brand, ‘Lemme.’ Kourtney grabbed the attention of people after posing naked for its promotion. The 43-year-old is extending her business roots and has entered the vitamins market. In the promotion event of her brand, Kourtney revealed that she would be putting her husband on a sex ban this autumn. As per, Dailymail, the mother of three said that the couple was trying for a baby via IVF. However, they have planned to stop it for a while now. This whole year has been very busy for her. Firstly, she got married, and now the star started her new company.

She wanted to take a break and focus on her health. During her interview with WSJ, the Poosh founder said she enjoyed her wellness journey. Kourtney is now more focused on good health from Ayurvedic Panchakarma cleanse. It is a healthy practice that positively impacted her health, so she would again follow it this year. The reality television star revealed that there were certain things you couldn’t do while you were practicing Ayurveda therapy. This includes no caffeine, no sex, no alcohol, and also no sugar. This would reset her body and clear out the toxin from her tissues. So, to keep herself healthy, Kourtney decided not to get intimate with her husband.

The Kardashians sisters have not limited themselves to a single business line. With time their business empire is growing. Last month, Kendall Jenner launched her 818 tequila. Then, Kim Kardashian announced that she had stepped into the investing business. She had launched SKKY Partners

, which would invest in luxurious hotels, buildings, and other things. Meanwhile, Kourtney has now introduced her vitamin line.

In addition, the younger sister Kylie Jenner has also announced a new makeup line in partnership with her mother, Kris Jenner. The mother and daughter came together to extend the business line of Kylie Cosmetics. The momager has trademarked Kris Jenner Skin, Kris Jenner Skincare, and Kris Jenner Beauty. Besides this, she also helped her daughters’ brand gain international recognition.