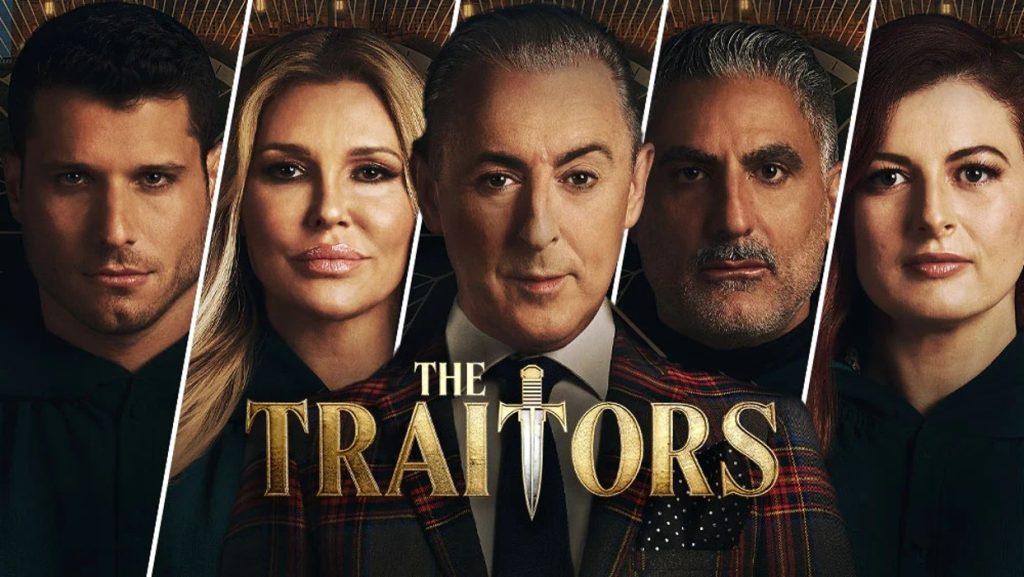 The Traitors is one the most awaited reality shows ever. Well, Peacock’s audiences are eagerly waiting for the new season to come out and blow away everyone’s mind like always. As per reports, the new season of the American adaptation was shot in Scottish Highlands. Not only this, but the main inspiration comes from a Dutch series that had the same name. There was also an Australian version of The Traitors, that got quite popular after its release last year. However, it seems that this time the dynamics will be wittier and more manipulative. Not only this but as per a Peacock executive, thrill and suspense will naturally follow in the plot of the show. Sounds interesting? Doesn’t it? We have all the information you might wish to know, so keep on reading.

The Traitors: A Tale Of Betrayal, Deceit & Burial With Big Celebrities!

The Traitors is a show that indeed plays with the mind of the people. Recently, Peacock gave a glimpse of the new series, which fans loved. Apparently, it is produced by Studio Lambert. It’s accompanied by Stephen Lambert, Toni Ireland, Mike Cotton, Sam Rees-Jones, Jack Burgess, and Tim Harcourt, who are the executive producers of the show. Indeed, the studio is successful in creating a show that has suspense and thrill and is full of manipulation. This incredible show will be hosted by Alan Cumming, who will keep pulling the string of the contestants and will keep on changing the dynamics of the show from time to time.

Coming to the plot of the show, it will have 20 contestants who will be battling for a huge cash prize. Apparently, these participants are none other than well-known faces of the reality TV world. But this isn’t the catch of the show. Evidently, these celebs would be competing with three hidden traitors who will, by hook or by crook, try to snatch away the prize money from these so-called faithful contestants who are burning the midnight oil to win the show.

Hence, to win a quarter of a million dollars, these traitors wouldn’t even take a step back from murdering these faithful, aka innocent contestants. Indeed, each episode will feature the efforts of the contestants to unmask who these unfaithful people are. Not only this, but a clip features a challenge that had graves dug in the ground. But the buried bodies aren’t dead! Apparently, they are none other than the show’s contestants! Undoubtedly, Alan perfectly described it by revealing that the person sitting next to you might smile looking at you yet can be your enemy and a villain.

The Traitors: Here’s All About The Contestant List & The Release Date

It’s been a while since fans have been speculating about who are the contestants of the show. But finally, your wait is over as the recent Traitors trailer reveals the participants’ faces. Apparently, almost all of them are familiar to the audience. It starts with Cirie Fields from Survivor, then comes Arie Luyendyk Jr. from the show The Bachelor. The list further has Kate Chastain from Below Deck and Cody Calafiore from Big Brother, as well. Hence, these are well-known faces of the reality show world. Indeed, the audience is excited to watch their favorite celebs playing a psychological game and doing everything to win the show.

Apparently, other contestants are also ready to add spice and deceit to the show. The list includes faces like Amanda Clark, Geraldine Moreno, Azra Valani, Shelbe Rodriguez, Anjelica Conti, Quentin Jiles, Robert Nieves, Andie Thurmond, Christian De La Torre, Michael Davidson, Brandi Glanville, Stephenie LaGrossa Kendrick, Kyle Cooke, and Michael Davidson. Indeed, this unscripted series with these spice adders will be exciting to watch. Not only this, but the fans dont need to wait for a long time as The Traitors will premiere on Peacock on January 12 this year. Keep coming back to TV Season & Spoilers for all the latest The Traitors tea.