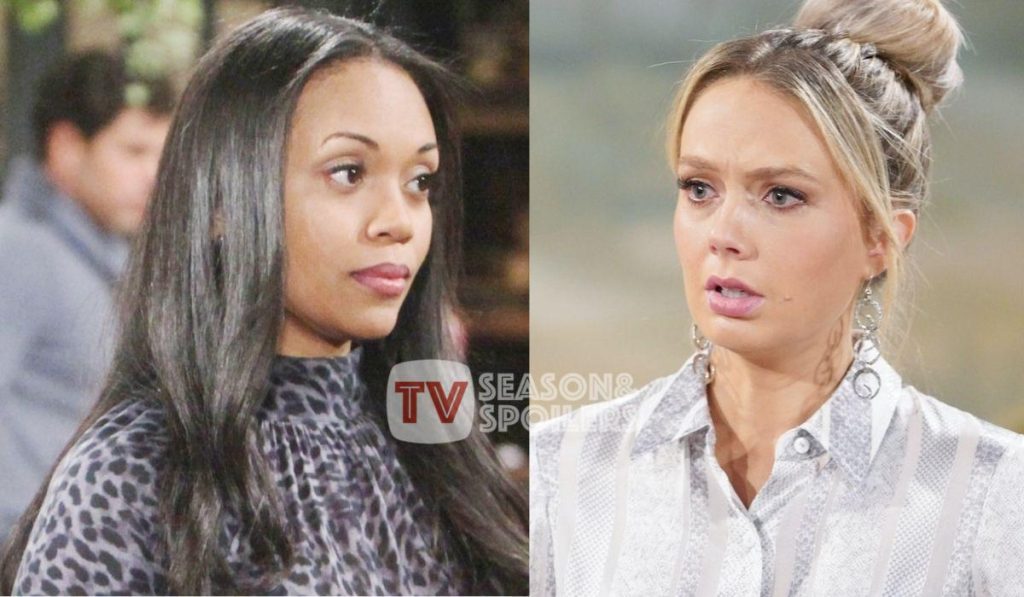 The Young And The Restless: Abby Thinks Amanda Is The Real Danger, Goes After Her

The Young And The Restless spoilers suggest that a catfight might be coming up on the soap opera in the upcoming days. Abby will feel that Amanda is putting ideas in Devon’s head, and that is one of the reasons why he is after Dominic’s custody. She will get rude to Amanda and might even try to break her and Devon up. What would happen? Here is everything about it.

The Young And The Restless: Devon Is Adamant About Dominic’s Custody

The Young And The Restless viewers who have been keeping up with the soap know that Devon is quite adamant about pursuing Dominic’s custody. While Abby tried to talk to him about it, he has made it clear that he would not give up. This custody battle will get worse in the upcoming days, and then Abby will start looking for someone to blame.

Right now, Abby thinks that Devon is doing all of this. But in the recent episode, viewers got to see Chance as he tries to talk to Abby. He told her that he wasn’t doing okay and it would be better if Devon was around to give Dominic the fatherly love that he needed. Chance will feel that he isn’t in a position where he can do so. So, he will try to talk Abby into agreeing to what Dominic is asking for.

However, it is less likely that Abby will do anything like that. She will continue looking for ways to keep Devon away and might even start putting the blame on Amanda. The Young And The Restless spoilers suggest Abby will think that Amanda is the one who is putting ideas in Devon’s head, and she will call her out.

Abby Calls Out Amanda, Tries To Break Devon And Amanda?

. She will feel that Devon was okay with having the time he got with Dominic and did not ask for more. However, ever since Amanda has moved into Devon’s apartment, he has been getting ideas. So, she wouldn’t like it and think that Amanda is the root of the issue.

Y&R fans know that Abby is a dedicated mother and will do everything she has to in order to protect her baby. So, it is likely that she might take things into her own hands and try to break Devon and Amanda. She might start planting doubts in their minds and messing their life up.

Knowing how smart Amanda is, if Abby does anything like this, she will understand it, and she will fight back. Amanda is also the kind of person who does not back down from a fight. When she loves someone, she just gives all in and tries to protect them at all costs. So, if Abby comes after Amanda and Devon’s relationship

, Amanda will not give in.

In fact, she might put up an equal fight, and viewers might get to see these women going head to head. The Young And The Restless spoilers suggest that a catfight between Amanda and Abby could be coming up, and it will be very interesting to watch. What do you think about this storyline? Tell us in the comments below. The Young And The Restless airs on CBS all weekdays. Don’t miss the action.