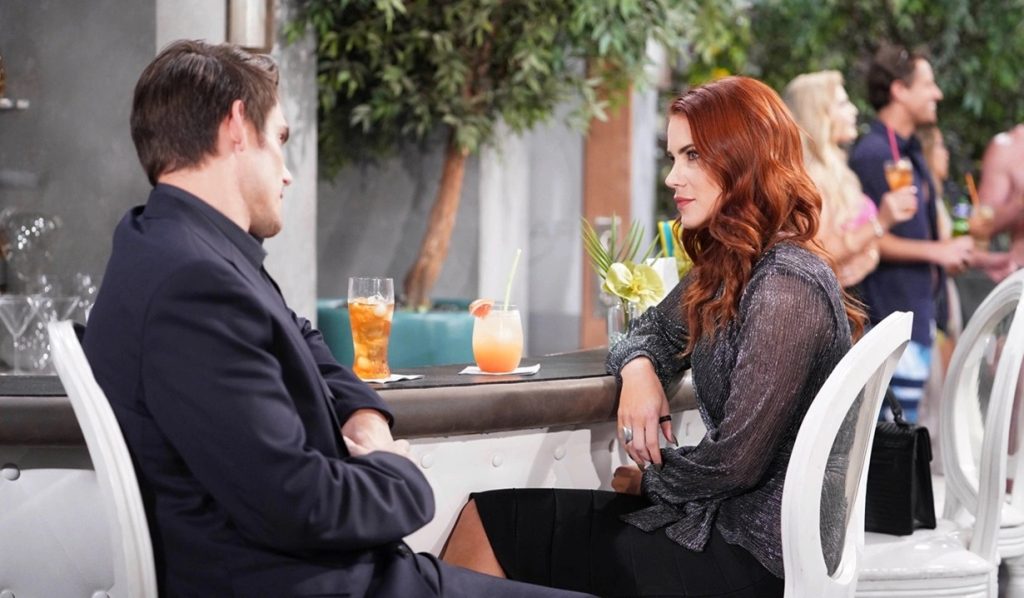 The Young And The Restless: Adam Goes Back To His Dangerous Methods, Cannot Stand Nick-Sally Closeness

The Young and the Restless spoilers suggest a new upheaval in the world of Adam, Sally, and Nick. We have seen that Nick and Sally are getting close, falling in love with each other. Their professional collaboration has certainly made them more than friends. They have developed feelings for each other, and our trying to figure out the best way to express them.

However, Sally has a history with Nick’s brother, Adam. They had an awful and sudden breakup that left her heartbroken. She decided to move on and make better decisions for her future. Moving on with Adam’s brother did not seem like the best decision, but it is what it is! Will Adam let the couple unite in peace? We will have to wait and watch to find out.

In the previous episodes of The Young and the Restless, we saw Nick and Sally get close to each other. Previously, we saw Sally save Nick’s image by choosing not to run his story about Ashland Locke’s death. Adam had scouted for the story and had proof to demonstrate Nick’s role in it. However, as the CEO of Newman Media, Sally chose to run things with Nick before taking any big steps.

Nick was grateful for Sally’s trust in him. Moreover, he supported her decision to continue at Newman Media when Adam abandoned her. Nick fought for Sally when Victoria and Victor doubted her ability to lead the company. Thus, Sally and Nick understood each other and showed faith in each other when the whole world doubted them.

The Young And The Restless: Passion Erupts Between Sally and Nick

Regardless of the burden of their circumstances, no one can deny the intense chemistry and bond between Nick and Sally

. They gave in to temptation and got physically intimate at Sally’s office. Previously, we have seen Sally make several passionate decisions, as seen in her offering to let go of her CEO position out of love for Adam.

However, Adam’s decision to disrespect her efforts started a fire within her. Not only did she reject him when he came around later, but she also made the wise decision to move on and make her own decisions. During this troublesome time, Nick was there for her and encouraged her in her efforts to overcome the past. They share crafty banter and enjoy working with each other. A little flirting on the side never hurt anyone.

Adam Will Go Back To His Old Ways

Falling in love with Sally will complicate Nick’s life in more ways than one. However, Nick has made it clear that he does not care what other people think of his new romance. He is okay with Kyle, Summer, and even Adam finding out, as he finally puts his brother down and shows him his place.

However, The Young and the Restless spoilers suggest that Nick and Sally’s union will not be so smooth. The spoilers hint at Adam returning to his old dangerous ways. Previously, we saw him growing suspicious after he spotted Nick and Sally out for dinner together. He may try to sabotage their new relationship. Would Adam become dangerous for Nick and Sally? We will have to wait to know. The Young and the Restless airs weekdays on CBS. Stay tuned with TV Season & Spoilers for the latest news and updates.