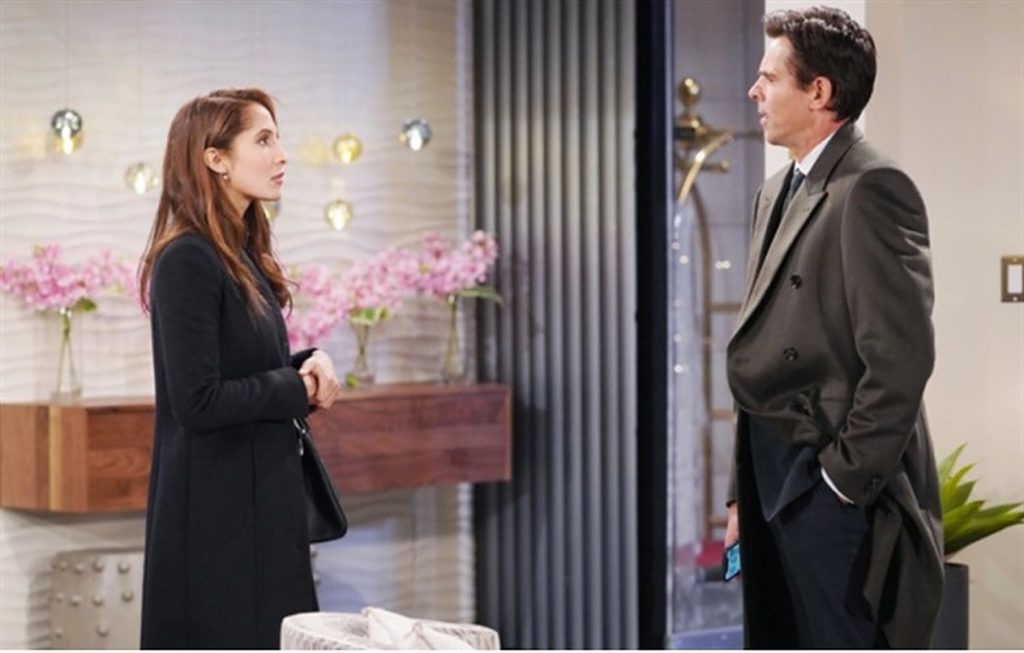 The Young And The Restless: Billy LEAVES Chancellor-Winters, Lily Gets A New COO, and PARTNER

The Young and the Restless spoilers suggest that Lily might make a big decision soon. As per the latest spoilers, Lily might let go of Billy and bring someone from her past back and in closer proximity. Yes, we are walking about the latest addition to the cast of Y&R, Michael Graziadei. Michael is all ready to take up on the role of Daniel Romalotti Jr. So, how will the whole storyline move forward? Here is all about it.

The Young And The Restless: Lily Lets Go Of Billy, Moves On In His Life

The Young And The Restless viewers keeping up with the soap know that Billy Abbott’s heart doesn’t really lies in the Chancellor-Winters company. In fact, he doesn’t even feel right working for a corporate organization like this. He was quite content and happy with his podcast, but thanks to Lily, he had to let go of it and come back to the company.

However, the latest spoilers suggest that things are going to change soon. As per the latest The Young and the Restless spoilers, it won’t be long before Lily realizes that Billy isn’t really the cut-out for the COO position at Chancellor-Winters. While she would hate to let Billy go, Y&R spoilers suggest that she will let him go. Billy had promised Lily to be with her and help her through the transition, and once that happens, she might decide to let him go. But what’s next?

Once Billy leaves Chancellor-Winters for good, it is likely that Lily will need a new partner. Keeping in mind the ongoing scenario, there is a huge possibility that Daniel Romalotti Jr. might replace Billy as the new COO. The Young And The Restless viewers keeping up with the updates would know Michael Graziadei is joining the cast as the character. So, he might fit the puzzle just right.

Long-time viewers know that Daniel Romalotti Jr. is Lily’s ex-husband and also the first man she fell in love with. So, if The Young and the Restless put Lily and Daniel in the mix together, it is going to get very interesting. Daniel had studied business back at the time. So, that would give him background clearance as well.

Coming back to how that storyline would roll out, it is plausible to think that if Daniel and Lily started working together, they might come closer. If that happens, Billy is sure to feel insecure. After all, it’s the exes reunion here. All of this might lead to Lily and Billy facing troubles in their own relationship. Many The Young and the Restless spoilers have suggested that the two of them might be heading toward a breakup. So, could this be the start of the end? We will have to wait to see.

It looks like a lot of new drama is coming up on the soap opera as Daniel Romalotti Jr. Makes his way back to Genoa City. It is going to be very interesting to see how Lily deals with it. The Young And The Restless airs on CBS all weekdays. Don’t miss the action. In the meantime, TV Season & Spoilers is your one-stop for all soap-related news. Stay tuned.