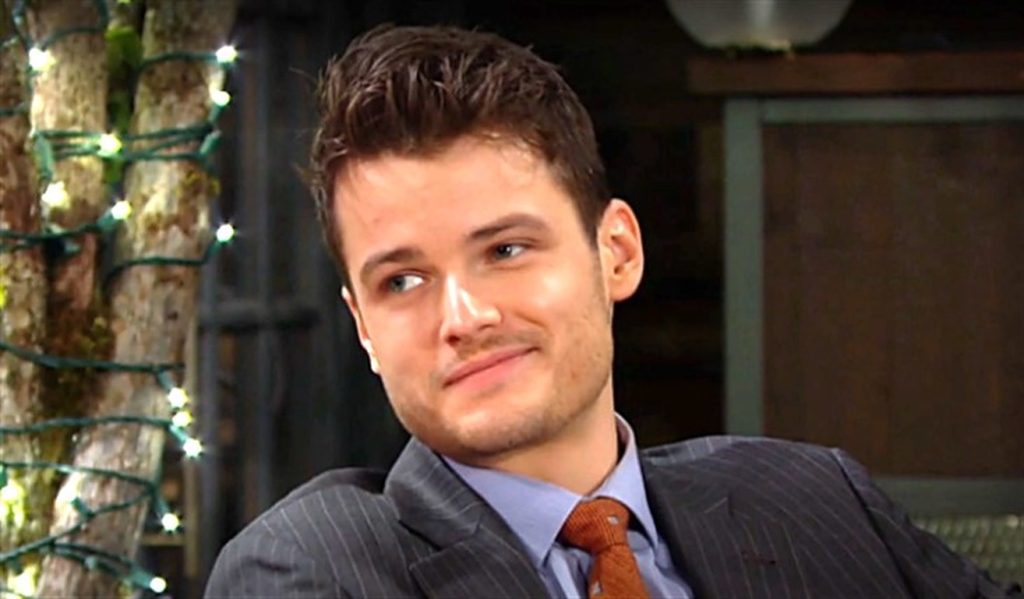 The Young And The Restless: Diane WINS Again, Kyle FORGIVES Her?

The Young And The Restless spoilers tease that Diane’s fear of losing Kyle’s trust once she is exposed might actually have the opposite result. What if Kyle actually forgives his mother? Let’s look at the situations which actually hint that Kyle might forgive Diane for her connections with Tucker.

Diane Exposed, Everyone Loses It!

No matter how heroic Tucker’s entry was, it just helped everyone to flip out. Fans know that few people in Genoa City share a not-so-good history with Tucker. Diane tops that list. The Young And The Restless spoilers teased that since Tucker has returned, Kyle is noticing Daine’s change in behavior. Well, why not? Tucker is Diane’s secret partner in crime, she’ll obviously fear that he might expose her.

Talking about expose, Nikki and Phyllis are already loaded with so much dirt on Diane. It’s just a matter of a few more confirmations, then it won’t be far when they pull the trigger and expose Diane. Up until now, Nikki has Deacon’s evidence which should actually be enough. But Nikki will want more so that she can enjoy an ultimate showdown where everyone will be disappointed with Diane.

Recent The Young And The Restless spoilers claimed that Nikki and Phyllis learned about Tucker wanting to get back with Ashley. So, it is the right time for them to put a leash on this opportunity. Tucker was the one who cheated on Ashley with Diane. And was also the prime suspect in Diane “murder” case back then. So, they will surely use this opportunity to score more dirt on Diane.

As for now, Diane is surrounded by enemies and people who are suspecting her. Diane’s main priority as, for now, is to create a good bond w ith Jack and Kyle

. Even after her lies, Jack and Kyle were kind enough to forgive her, but that doesn’t mean they will do that every time. Once Diane is exposed, all the efforts she made to create a good impression in front of Kyle and Jack will go down the drain. But the real question over here is: people who were able to forgive her fake death, can’t they forgive her connection with Tucker? Compared to fake death, a mere connection is nothing. Will it be that difficult? Let’s see.

The Young And The Restless Spoilers: Kyle Forgives Diane’s Connection With Tucker?

As mentioned above, The Young And The Restless spoilers teased that Kyle started suspecting Diane after Tucker landed in Genoa City. First of all, why did he started suspecting? Well, there were two reason to it. First, Tucker gifted a Bentley on their vow renewal ceremony. Initially, Kyle felt it was too much but ignored it, thinking about his connection to Summer.

Second, Kyle saw Diane and Tucker in Chancellor park. He thought she might be showing him the grandchildren’s photos. But when he eavesdropped, Diane was actually talking about some “secret”. With that conversation itself, Kyle knew that something is cooking up between them. Long-time fans might know that Kyle was ten years old when Tucker was connected to Diane, that too, for a short period of time. Apart from that, he also roughly knows the amount of betrayal Ashley had to face from him.

Chances are, Kyle knows Tucker’s manipulative side, so he might actually feel sorry for Diane that he is getting in her way. For a person like Kyle, who forgives her fake death and is slowly making progress with his mother, this connection might not be that relevant. The Young And The Restless hints that Kyle might actually forgive Diane once she is exposed.

Also, Diane did not do some gruesome activity, she was just a mere spy for Tucker. Her only work was to update him about Abbott’s daily activities. So, if he can forgive a fake death, being a mere spy won’t be much in comparison. What are your thoughts on it? Will Kyle forgive Diane? Let us know in the comment section below. The Young And The Restless airs every weekdays on CBS. For more updates and spoilers, visit our website, TV Season & Spoilers.