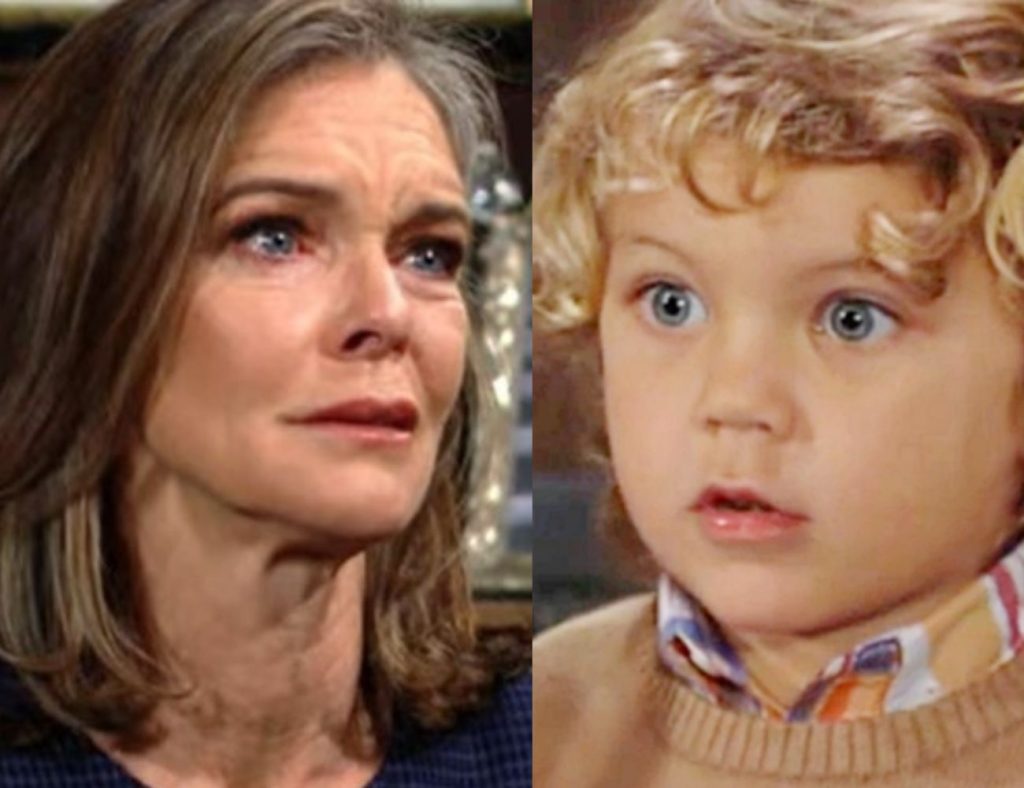 The Young And The Restless: Harrison Pays For Grandma Diane’s Deeds, Jeremy KIDNAPS The Little Boy?

The Young and The Restless spoilers tease a major volcanic eruption in the lives of the Geona City residents. Diane’s former partner in crime, Jeremy Stark is soon to be out of prison. He will want to hit back at Diane to avenge himself. Jeremy may kidnap Harrison and hold him up for ransom. This will surely knock the wind out of Diane, as she truly loves her grandson. Meanwhile, it may also put her at odds with Kyle and Jack. Let’s dig in to the situation a little bit deeper!

Diane’s dark past from her time in Los Angeles is steadily catching up with her. Phyllis, Nikki and Ashley exposed Diane’s activities and put a question mark on her future with Kyle and his family. However, looks like her troubles are not restricted to the trio trying to take her down. Her old partner in crime, Jeremy Stark, is soon getting released from prison. And is very likely to come looking for Diane in The Young and The Restless.

After the whole trouble with the law, Jeremy landed in prison, while Diane got away dirt free. Thus, its likely Jeremy wants payback. Now, it’s yet to be seen what kind of payback he has in mind. Maybe he wants Diane to monetarily compensate him for taking the fall for their crimes alone. Or, perhaps he wants REVENGE. He may want to make Diane suffer the way he did in prison. Either way, The Young and The Restless spoilers suggest that he will make Harrison his target. Jeremy kidnapping and holding Harrison up for ransom will serve both his purposes, get a cash payout and mentally and emotionally traumatise Diane for landing her beloved grandson in grave danger!

It took Kyle forever to be able to bring himself in a place where he could accept Diane back in his life on The Young and The Restless. Moreover, once he did it, he realised that it healed parts of him that he did not even know needed healing. Hence, even after the trio exposed Diane, Kyle chose to forgive her. Not just that, even Jack forgave her so Kyle does not lose his mother all over again. Moreover, Jack went on to warn Ashley to leave Diane alone.

All of this could change rather quickly when they realise that Diane’s dark past has put a target on Harrison’s back. Summer already does not approve of Diane and if her son lands into trouble because of Diane, she is sure to raise hell against her. She would surely push Kyle to cut his mother loose and choose her and Harrison. Jack, too may turn his back on Diane, after all, Harrison’s life and safety will rank higher. Looks like Jeremy can sure create havoc in Diane’s life. And we assure you, you do not want to miss even a second of it. So stay tuned to CBS over weekdays to catch up with The Young and The Restless.