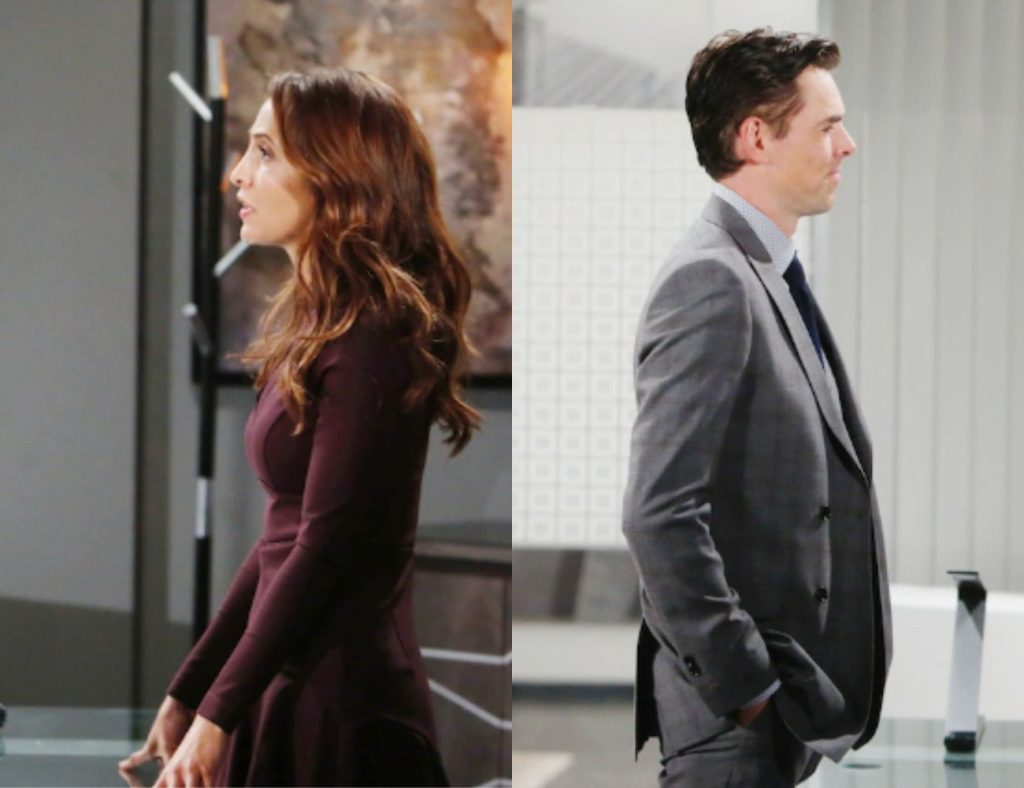 The Young And The Restless: Lily Finally GIVES UP On Billy, New Romance Coming Up

We won’t be entirely wrong, if we say that Billy and Lily have been on solid footing in the matters of trust on The Young and The Restless. Despite the fact that Billy has had a sketchy past as far as his personal life is concerned, but he has been honest and loyal to Lily. She too has had troubled relationships earlier on the CBS soap, but together they have been stable. Unfortunately, their sky started to turn grey when Billy started to spend time with his ex-Chelsea, and Lily can’t stand it. Has she started to mistrust Billy? Will this lead to Lily giving up on Billy and start a new romance?

Billy Abbott was Geona City’s resident handsome, rich bad boy on The Young and The Restless. Multiple affairs, gambling, morally questionable decisions, he has done it all in the past. However, ever since he has been with Lily, he has remained committed to her. Nor has he shown any intentions of betraying her so far. Lily too has felt safe in her relationship with Billy. But, ever since his ex-flame, Chelsea re-entered the picture, the equation seems to be changing.

Chelsea recently had a ground-shattering mental breakdown on The Young and The Restless. She was on the brink of taking her own life, but Billy swept in at the right moment and talked her out of it. Ever since then, he has been spending a lot of time with Chelsea, trying to get her back on solid footing. Although he told Lily everything that happened with Chelsea, Lily started to feel uncomfortable about their growing closeness. She asked Billy not to spend time with Chelsea. However, he declined and assured her that he is just helping.

It seems Lily’s mistrust of Billy over Chelsea is growing leaps and bounds in The Young and The Restless. This is starting to pierce a hole in their relationship. Will Lily eventually snap and decide to walk out on Billy? If she does, she might just have the perfect shoulder to lean on for support! Wonder who we are talking about? Keep reading to find out!

Lily Leaves Billy And Heads Towards A New Romance

Seeing Billy fawn over Chelsea is not going easy on Lily. It probably is instilling fear in her heart, it’s not like she isn’t aware of Billy’s past on The Young and The Restless. Moreover, his refusal over not spend time with Chelsea has pushed Lily towards rethinking their relationship. She is probably wondering if he is going back to his old ways. This may lead Lily to distance herself from Billy. She may feel it’s better to leave than be left.

Interestingly, right in the middle of this rift, Lily’s ex is also returning to Geona City on The Young and The Restless. Long before Lily found love in Billy, she and Daniel Romalotti were a couple. In fact, Daniel was her first-ever love. Moreover, they created quite a scandal in their teen years when they eloped to California and got married. Unfortunately, the marriage didn’t last, and they moved on. However, if Lily feels Billy is returning to his past, she might feel motivated to dip her toes in some backwaters herself! A heartbroken Lily might seek comfort in Daniel’s arms, leading to a rekindling of old romance!

Would you like to see Lily and Daniel together once again? Or do you want Billy to win back Lily’s trust in him and their relationship? Please share your views in the comments below. Meanwhile, stay tuned to CBS over weekdays to find out what happens next in the lives of Lily, Billy, and Daniel on The Young and The Restless.