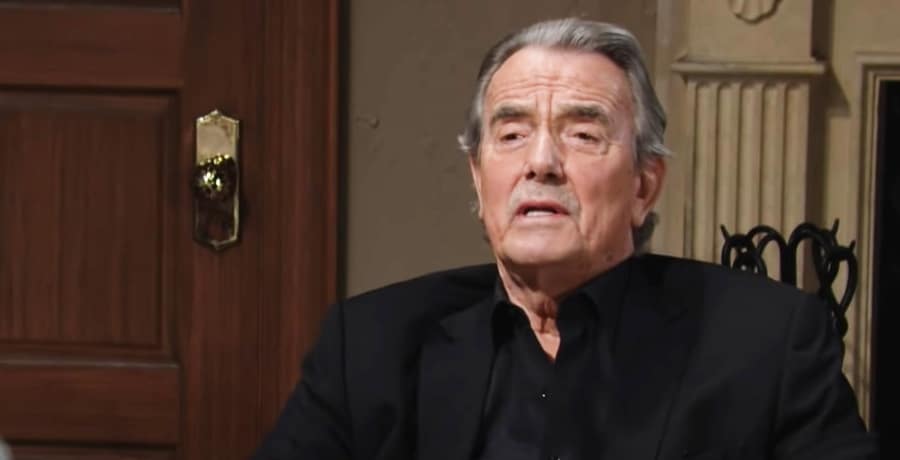 The Young And The Restless Mid-Week Spoilers (February 28- March 4, 2022): Victor Delivers An Ultimatum; Devon Looks Out For Dominic

The Young and the Restless spoilers for the week of February 28 – March 4, 2022, are out. And it reveals that upcoming episodes of the CBS soap will be full of confrontations and realizations. We are in for some exciting episodes where a lot of fun is brewing up in Genoa City.

Starting off the week, Devon was shocked by Lily’s idea, and Billy struggled with his podcast. Viewers also saw Nick supporting his family when he learned about Ashland’s betrayal while Jack and Phyllis went to LA to track down the cryptic texts. It looks like we have so much to know. So, let’s dive right into all the storylines.

To begin with, Monday and Tuesday episodes have already been aired. Viewers saw a lot of drama and action on the CBS soap. First off, on Monday, Devon was shocked by Lily’s business idea. Then, as per The Young and the Restless spoilers, Billy continued to struggle with his new podcast project while Jack made an important decision.

We saw Lily meeting with Nikki, who shared her knowledge and advice on her career path of Lily. It seemed like Lily struggled with some business decisions. While Nikki shared some words, Jill did the same for Lily. Next, Amanda and Imani had a difference of opinion

Recap for Tuesday reveals that Nick came in to support his family in these difficult times while Nikki stopped Victoria from signing Ashland’s contract. We saw Victor testing Nick’s loyalty to the Newman family. Then, Jack called a family meeting and gave out heartbreaking news on Keemo, his long-lost son. Towards the end of the episode, Nikki questioned her daughter’s decision-making. It seems like Nikki and Victoria had a difference in opinion on signing Ashland’s contracts.

The Young And The Restless: What Will Happen Next?

Now that we know what happened the last two days let’s look into what the rest of the week has to offer. In the upcoming episodes, Victor will deliver an ultimatum to Ashland, and Devon will look out for his son’s best interests. A lot has been happening in the soap opera, as many interesting storylines are moving forward simultaneously.

The Young and the Restless spoilers for Wednesday suggest that Victor Newman will confront Ashland about his fake cancer bit. Speaking of Newmans, Victoria and Adam will also have some heated confrontation about something. Amongst so many issues, Tessa will give Mariah the much-needed distraction when she is stressed with wedding plans.

The Young And The Restless: Spoilers For Thursday

Later in the week on Thursday reveals that Ashland’s world might come falling down very soon. Victor will deliver an ultimatum to Ashland. Then Devon will try to look out for his son, Dominic. The Young and the Restless spoilers claim that some kind of trouble is brewing up on the Dominic storyline in the upcoming weeks. Next, Y&R fans will see Victoria will make a dangerous decision that she might end up regretting later.

Rounding off the midweek spoilers on Friday will be Phyllis offering some tough love to Jack. That might help him with all the struggle he has been going through recently. Viewers will also see Sharon warning Nick about Noah’s struggle. Towards the end, fans will see Victor planning his next move for taking down Ashland. Long-time viewers know Victor is always two steps ahead in every scheme he’s involved in. It looks like a lot is waiting for us in the upcoming episodes.

What is in the store for Ashland next? Will Jack finally reunite with his long-lost family? We will know soon. Until then, Stay tuned. TV Season & Spoilers are your one-stop for all the soap opera news. The Young And The Restless airs on CBS all weekdays. Don’t miss the action.