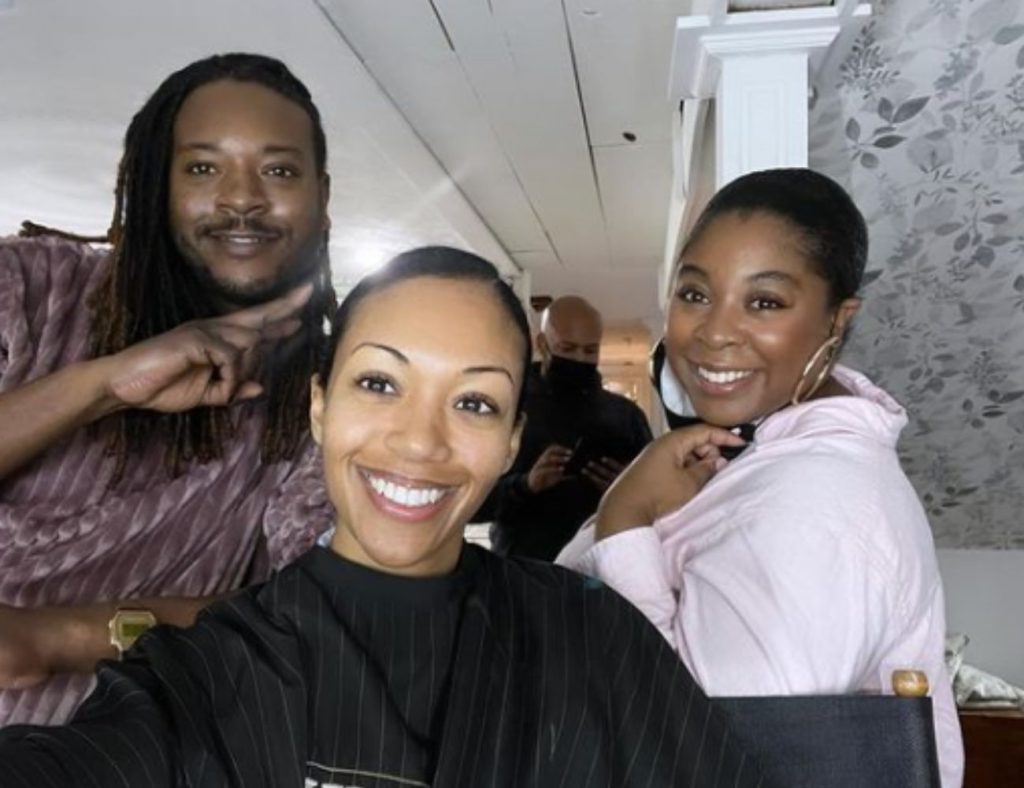 Amanda left Geona City in the aftermath of Devon and Abby’s torrid hookup on The Young and The Restless. Amanda and Devon’s love boat was already on choppy waters, but Devon’s betrayal of hooking up with Abby became the iceberg that eventually sunk it for good! Not wanting to reconcile, Amanda left town and moved away, and that gave actress Mishael Morgan a clean break from the soap to explore newer ventures! However, her exit from the daily soap saddened many fans. But hey! Looks like Mishael is about to come back on screen with an exciting new project, and the adventure is giving her BUTTERFLIES!

The Young and The Restless star shared a selfie on her Instagram account earlier in October 2022. She scrawled on top of the dressing room selfie the caption, “Let’s work! Can’t say too much yet, but it was a fun first day.” Mishael did not reveal anything about where she was shooting or what project she was shooting. However, speculations were that the location of her shoot was Chicago. This lead to a few fans believing that the star could be shooting for a project based in or on Chicago. Some of the series names that were doing rounds included, Chicago P.D. and Chicago Med.

Now, the talented actress has again posted a photo series on her official Instagram account, revealing one of her looks from her project. In the first of the three photos, Mishael is looking all beat up. Her hair is completely disheveled, multiple bruises on her face and her lip is cut up and bleeding. Before you get all scared, please know it’s just makeup! Right in the second picture, The Young and The Restless alum is hovered by makeup and styling team. And in the final shot, she is all glammed up!

Alongside the photos, Mishael wrote a caption sharing her experience of the shoot so far. She says that it was a rough couple days in pre production for her next project. She also added a “lol” to emphasise how beat up she look in the photos! Furthermore, she added that new beginnings give her butterflies! “Can’t wait to start kicking some ass!” The Young and The Restless alum concluded her caption. She included some hashtags to her post, HairAndMakeup and ReadyForAction. The gorgeous star also tagged her makeup team in her post.

While, Mishael hasn’t shared anything about what the project is or when we can see it on screen, but her pictures tease that it will be an exciting one. We can barely wait to see her again on screen! What about you? Are you as excited as us to see what Mishael is up to post exiting, The Young and The Restless? Please share your views in the comments. Meanwhile, stay tuned to TV SEASON AND SPOILERS for more such updates on your favorite stars and soaps.