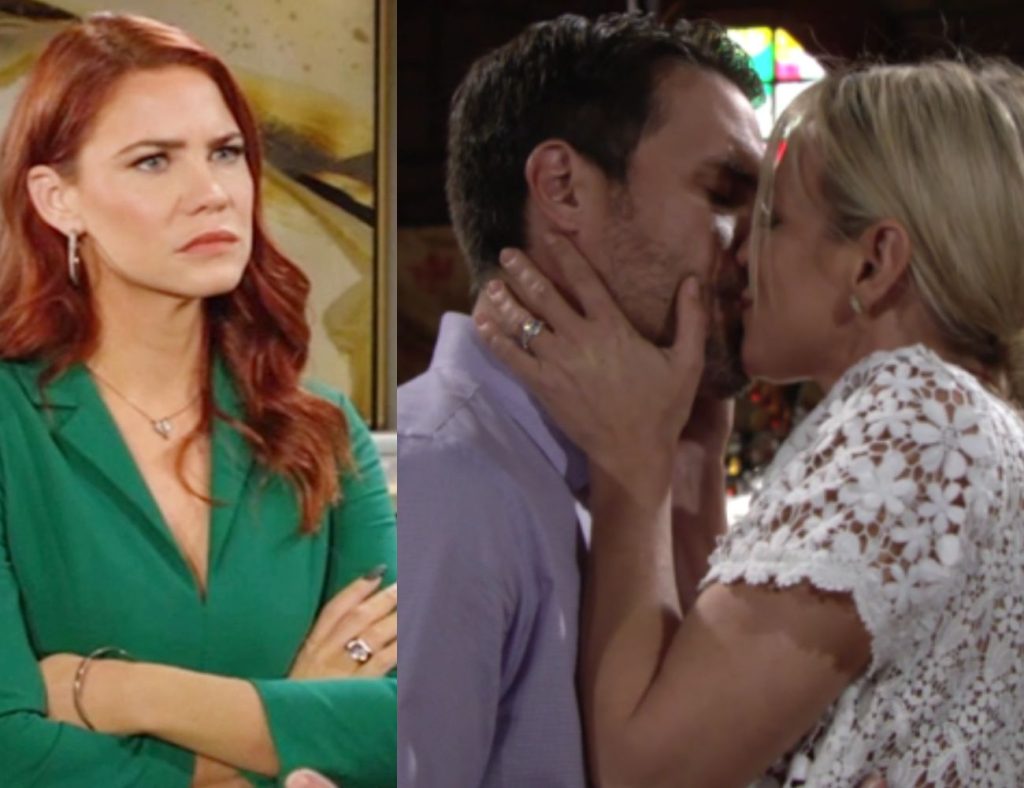 The Young And The Restless: Nick and Sharon REUNITE! Sally Ends In HEARTBREAK!

Every major character on daily soaps has one significant other they keep breakup up and patching up with. The Young and The Restless has more than just one such character. However, the most iconic of those is Nick and that significant other being Sharon. Although, please note, this is not us saying it. It’s in fact Adam who blurted the blatant truth, point blank to Sally. Claiming that Nick will only ever love Sharon. Does that mean, we won’t get a Nick-Sally pairing? Moreover, did Adam just hint at a Nick-Sharon REUNION? Let’s find out!

Adam Warns Sally Of An Impending Heartbreak At Nick’s Hands

Sally Spectra has been torn between her feelings for Nick and Adam for the longest time on The Young and The Restless. However, it seems like she has most likely made up her mind to stick with the older Newman brother. After the rather rash and bumpy ride, her relationship with Adam, a calm, mature, and stable Nick, seems quite attractive to her. Although, her closeness to Nick has certainly left Adam unnerved. When he saw Sally cozying with Nick as Society, Adam lost his cool. Letting his rage get the better of him, he approached Nick and Sally and let all his steam off them.

Adam called out Nick on still having feelings for Sharon on The Young and The Restless. He insisted that Nick would never love Sally the way he loves Sharon. He warned the sassy fashionista that she is setting herself up for heartbreak at Nick’s hands. He bluntly declared that Nick is using her as the latest substitute for Sharon. Irritated, Nick reprimanded Adam to watch his words, and Sally, too, dismissed Adam and asked him not to act out. While Adam may have just blabbed whatever came to his mind in a fit of rage, there is a fair chance it might plant a seed of doubt in Sally’s mind.

Nick And Sharon To Reunite On The Young And The Restless

It is hard to say whether or not Adam actually meant what he said about Nick still loving Sharon. But, hearing those words out loud might lead Nick to some introspection on The Young and The Restless. While, it’s true that Nick has not tried to woo Sharon for some time now, it is also true they keep finding their way back to each other every few years. Their bond stems back to their teenage years, and they have gone through a lot together. That sort of connection never truly dies.

Having said that, it is also true that for two old lovers to stay connected it is not necessary to be in a romantic relationship. Nick and Sharon have been able to maintain a friendship on The Young and The Restless. So it will be extremely intriguing to watch which way their story heads. Can Nick find a happily ever after with someone else? Sally, for example. Or has Adam dropped a major hint pointing at Nick and Sharon being drawn to each other all over again? We would love to know who do you want to see Nick end up with. Sharon or Sally? Meanwhile, stay tuned to CBS to find out who end up with whom on The Young and The Restless.