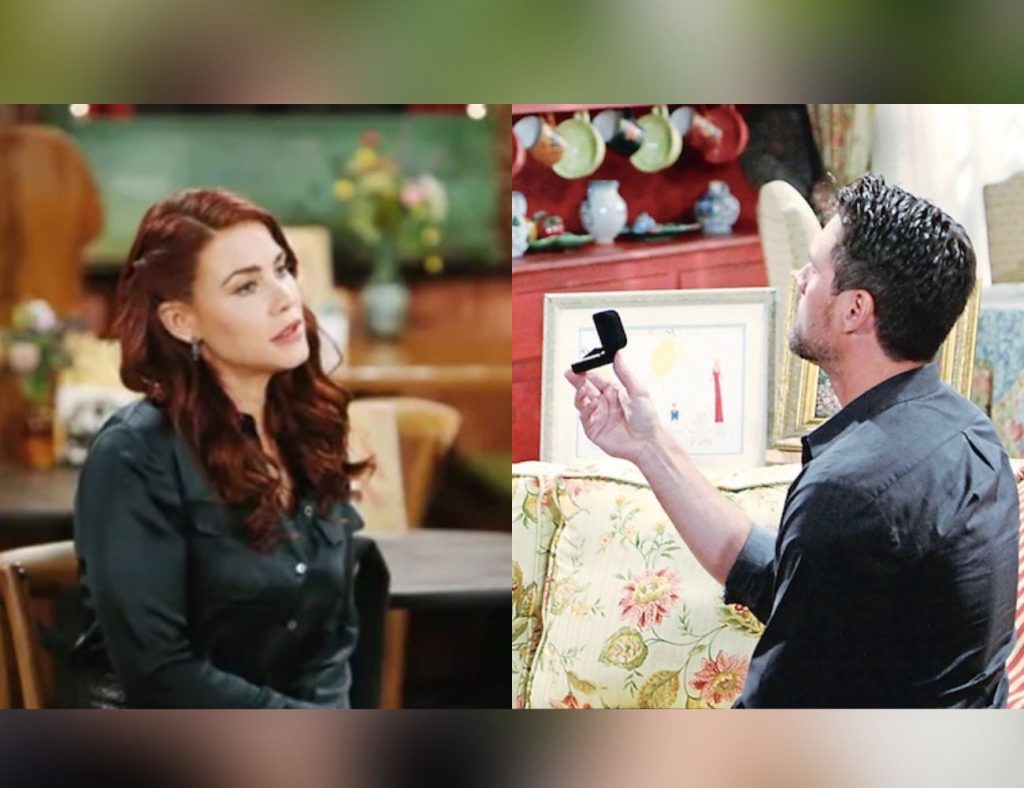 The Young And The Restless: Nick’s DESPERATE MOVE, Proposes To Sally For Marriage After The Pregnancy Revelation

The Young and The Restless have not entered the new year slow at all. In a dramatic twist of events, Sally Spectra has not only a business venture conception in her hands but also a Newman heir conceived in her belly. But the headliner here is, which Newman Brother is the baker of the bun in Sally’s oven? Moreover, how are they both going to react when the pregnancy comes forth? The latest spoilers hint that Nick Newman will make a big unexpected move by proposing to Sally. Will she accept? Let’s dig in!

The Newman Brothers And The Tug Of Spectra

For a long while on The Young and The Restless, Sally felt torn between Nick and Adam Newman. While the story started with Sally falling into a torrid romance with Adam, it soon ended due to his typical self-sabotaging ways. A hurt Sally then found comfort in Nick’s steady arms. Their workplace attraction soon turned into hookups, and before anyone knew it, they had caught feelings for each other. However, Sally still felt a pull toward Adam. One fateful night, she admitted her feelings for Adam after he relentlessly pursued her. They both indulged in passionate lovemaking in Sally’s hotel suite.

However, Sally felt that their initial spark was gone and bid Adam a final goodbye on The Young and The Restless. She goes back to Nick, and her resolve is steelier to have a healthy and stable relationship with Nick. Soon after, Sally discovers that she is pregnant. Having slept with both Newman brothers in such close time gaps, Sally knows the baby is definitely a Newman but cannot decide if the father is Nick or Adam. The answer to this big question can change the dynamics of all the relationships Nick, Adam, and Sally have with each other. Moreover, this baby could change the whole course of Sally’s life from this point forward.

Nick Finds Out Sally Is Pregnant, Proposes Marriage On The Young And The Restless

Currently, on The Young and The Restless, Sally is reeling in the aftershock of realizing she is pregnant. Even though she hasn’t discussed the matter with anyone yet, this is not a secret she can sit on forever. The latest spoilers reveal that Nick will find out about her pregnancy soon enough and make a big move. However, it is not yet known whether Nick finds out the pregnancy truth by chance or Sally confides in him. Whatever the case may be, the big bang is that the responsible older Newman brother will decide to the honorable thing.

The Young and The Restless spoilers tease that Nick will propose marriage to Sally. Nick has always been a family man and has never shied away from taking up due responsibility. So honestly, it is not a huge shocker that once he finds out that Sally is pregnant, he would want to marry her and provide their baby a stable family.

However, what we do not know yet is, does this proposal come before or after the big question of “whos the baby daddy?” surfaces. Will Nick retract his proposal when he finds out Adam has equal chances of being the father? Will Adam’s wish to fight back for Sally be renewed when he finds out the truth? Looks like the love triangle between Nick, Sally and Adam is about to take new life! Stay tuned to CBS over weekdays to find out what happens next on The Young and The Restless.