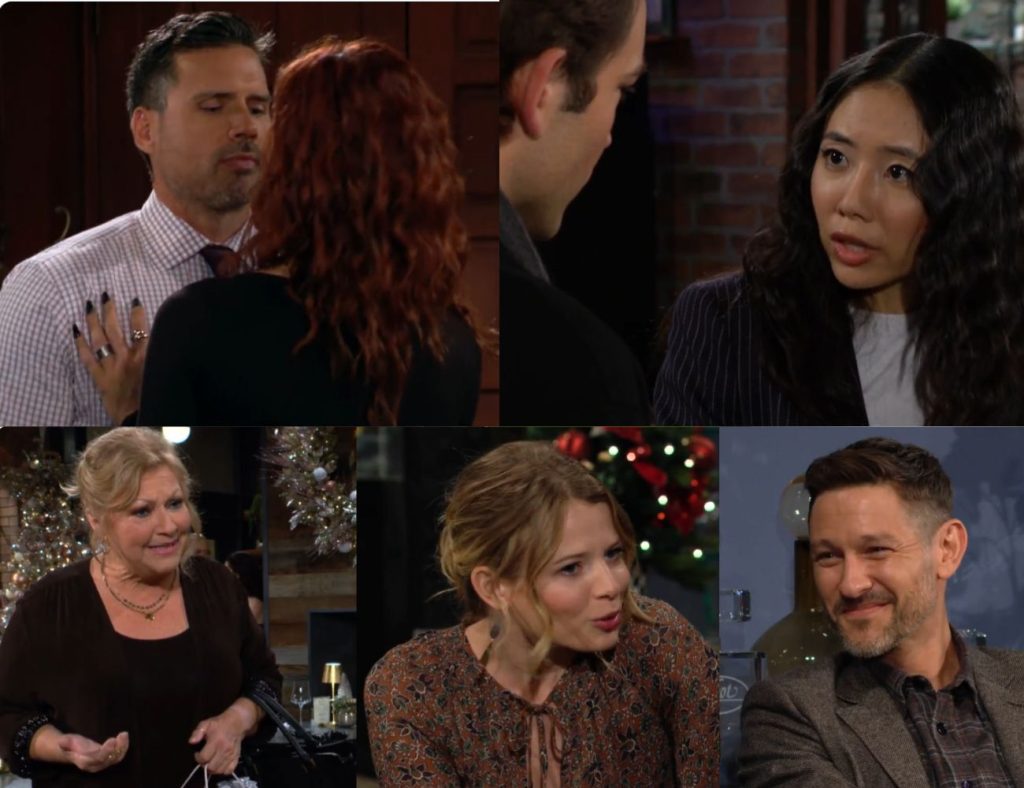 The Young And The Restless Preview Video For The Week Of December 12-16, 2022: Nick And Sally Get Steamy, Noah BREAKS Allie’s Heart

The Young and The Restless Preview Video for the week of December 12-16, 2022, reveals that Christmas spirit is about to take over Genoa City. And, as usual the epicenter of the spirit is none other than, Traci Abbott! Noah has an earth-shattering confession to make to Allie. Meanwhile, Sally gets naughty with Nick. Elsewhere, Summer has a heart-to-heart with her brother Daniel! Looks like it is going to be a fun week ahead on The Young and The Restless, sprinkled with a dash of drama! Keep reading to find out what is about to happen this week in Geona City!

Traci Spreads The Holiday Spirit, Nick And Sally Get Naughty

The Young and The Restless Preview Video for the week of December 12-16 promises a fun and spicy watch for its fans. Traci Abbott brightens up the screen with her sparkly presence. As she enthuses Lily Winters that they are surrounded by very naughty people! She embodies the literal spirit of the jolly season as she is seen excitedly talking about how “magical” all of it! But what exactly is she talking about? Do not skip any of the episodes this week if you want to find out!

Meanwhile, living up to Traci’s claims of being surrounded by naughty people, Nick and Sally are up to some mischief. Looks like all is well for the latest hot couple of The Young and The Restless! Sally teases Nick that she thinks he is really sexy, and the two close in for a passionate kiss. Viewers can expect some steamy scenes between Nick and Sally in the upcoming episodes! As they clearly can’t seem to keep their hands off of each other! Looks like Nick has decided to pay no heed to Nikki’s advice of staying away from Sally. Clearly, he seems to have his hands, eyes, and ears only for the sassy Spectra!

Recently, on The Young and The Restless, Audra Charles made a treacherous but audacious move at seducing Noah Newman. She kissed her ex-flame, and for a few seconds there, he reciprocated. However, he then pushed her away soon after. The Y&R preview video for the week shows that Noah, after some contemplation, comes clean to Allie about what happened. He tells her that Audra kissed him. Allie is stunned to hear it, she further questions Noah if he returned the kiss.

Noah stays silent in The Young and The Restless preview video, however, he can’t hold his tongue forever. It will be interesting to watch what version of the truth he will tell Allie. Will he tell her that he did return it for a few seconds before pushing her away? Or will he just tell her the last part? Moreover, how will Allie react to it? Elsewhere, siblings Summer and Daniel meet for a catch-up session! Summer teasingly asks her brother if he is still in trouble, and Daniel laughs. Looks like we are going to be all smiles over some sibling bantering! So stay tuned to CBS over weekdays to catch up with the fun-filled episodes of The Young and The Restless. Meanwhile, you can watch the preview below.