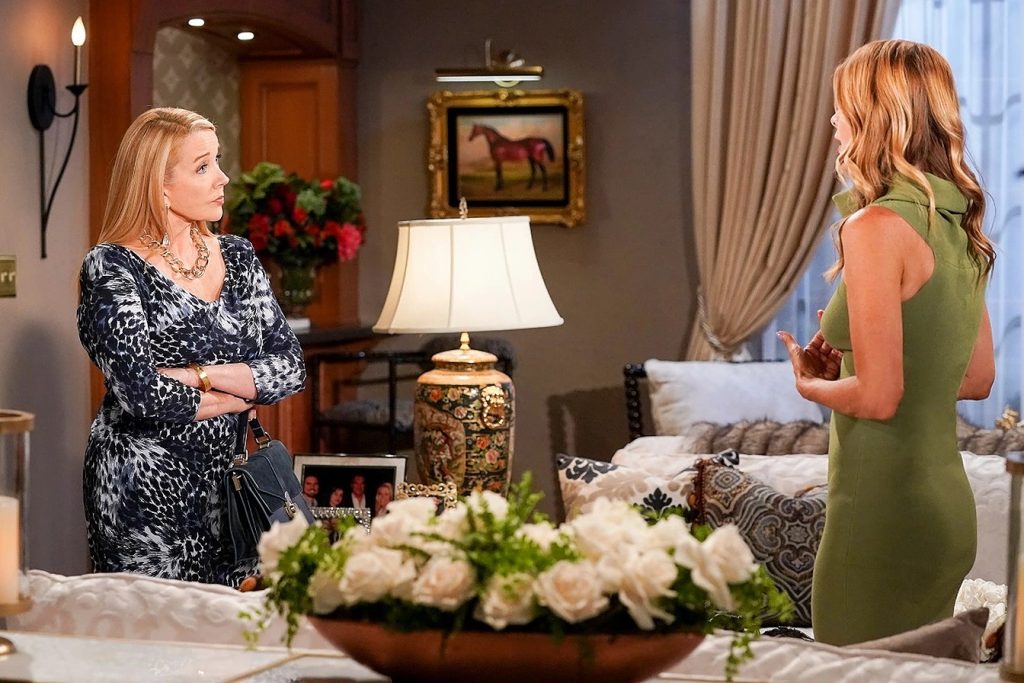 The Young And The Restless Preview Video For The Week Of October 24-28, 2022: Nick Fires Sally & Chloe, Phyllis Reassures Nikki

The Young And The Restless preview video for the week of October 24-28, 2022, tease that Nick will fire both Sally and Chloe on behalf of Victoria. This will piss off Sally big time. Elsewhere, Phyllis will reassure Nikki that Diane will soon be exposed. She will ask Nikki not to worry about it anymore. On the other end, Adam will come to check on Chelsea when he hears about something. What could it be that Adam was worried? Keep reading to know what happens in Genoa City in the coming week.

The preview video for the week of October 24, 2022, starts with a tense Nikki. The Young And The Restless spoilers say that Nikki will be frustrated with how much time this whole Diane takedown plan is taking. So, Phyllis will reassure her that Diane is at her tipping point, and it’s only a matter of time until she snaps. Once Phyllis reassures Nikki, she will calm her down and ask to wait patiently.

Elsewhere, Diane will confess about her connection with Tucker. Jack will fume in rage when he learns about the double blackmail confession and all the LA drama. Diane will tell him about how she helped Tucker with Ashley’s info and all. Even though Jack will want to lash out at her, he will refrain from doing that.

The Young And The Restless Spoilers: Nick Fires Sally & Chloe

Further on The Young And The Restless, Nick will drop a bomb on Sally. He will pass on Newman Media’s decision to fire Sally and Chloe. Even though Nick tried his best to stop Victoria from doing it, he failed to convince her. However, to make things less rude, Nick will decide to fire Sally and Chloe by himself on behalf of Victoria. After hearing this, Sally will be startled and won’t know what to do next.

Next, Adam will realize that Chelsea has gone through something really bad. So, he will rush to look for her in her hotel suite. Once Chelsea opens the door, Adam will ask if she is okay. It will be interesting to see if Chelsea opens up to Adam or not. Moreover, will Adam’s worry be the reason these exes grow closer? What are your thoughts on it? Comment down your opinion, and do not forget to watch the preview video posted below. The Young And The Restless airs every weekday on CBS. For more updates and spoilers, visit our website, TV Season & Spoilers.