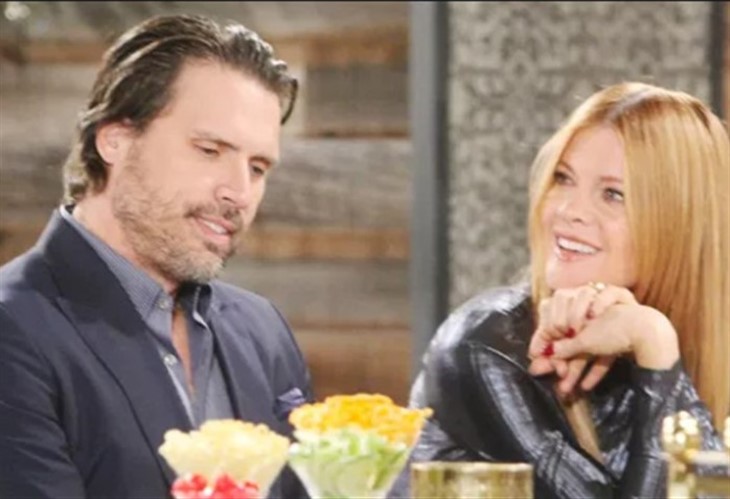 The Young And The Restless Recap For February 2, 2022: Nick’s Discussion With Phyllis, Custody Agreement Signed, Noah Is Struggling

The Young and The Restless recap reveals that Wednesday’s episode of the CBS soap was full of family drama and action. This episode was about family disagreements, and some characters were still settling in with their new normal. First, Nick talked to Phyllis about Milan’s job while Billy tried to cheer Jack up.

Viewers also saw Devon and Abby being concerned about some things. The February 2, 2022 episode also witnessed Tessa and Mariah having some troubles. What was all that about? Keep reading to find out.

The Young And The Restless: Nick’s Discussion With Phyllis

Starting off the episode, Jack finds out that Phyllis is leaving for Milan later that evening. Jack figures out that Phyllis is going to Italy to find out what the future holds for her. After a while, Nick saw Jack and Phyllis together, so he decided to speak to Phyllis alone afterward. After some time, Nick talks to Phyllis about her new job in Milan.

Nick was surprised when Phyllis told her about the opportunity as Nick thought that Phyllis and Jack might get back together and sort their relationship out. Being said that, Nick wishes her good luck for her new journey coming ahead and hopes that Phyllis finds what she’s looking for. Meanwhile, Phyllis feels annoyed over the fact that everyone is supporting her in leaving the town, and she’s still looking for a reason to stay.

Billy Tries To Cheer Up Jack

Furthermore, Billy finds Jack at the coffee house, being all upset over Phyllis leaving the town. Billy got the information that Phyllis moving away, and this is taking a toll on Jack. Billy and Jack also discussed what a “beautiful conundrum” is before Jack returned to the hotel lobby.

The Young And The Restless: Phyllis’s Fantasy

Later in the episode, Jack had a gift for Harrison Locke, which he forgot to give him while he was in Milan. Since Phyllis is going too, she agrees to deliver it. After a while, Phyllis jumped in Jack’s arms and begged him to tell her that she should not go. She told Jack that she wanted him to tell her that she’s all that Jack needs and wants. Very soon, she snapped back to reality.

It turns out all the love, embrace and the emotional request was all a dream. Jack wondered if Phyllis was fine, and she acted like everything was alright before they parted ways. Jack also hopes that Phyllis finds what she’s looking for. After Jack leaves, Phyllis calls a car that takes her to the airport.

Next, at Society, Devon was all ready to sign the new shared custody contract. Devon discusses everything about it with Amanda, and they go and meet Christine Williams. However, Christine was surprised to hear that Devon didn’t get Abby’s message about needing more time. All this left Devon worried about the reason for the delay, but no one knew about the reason other than Abby.

The Young And The Restless: Abby And Chance Discuss

Meanwhile, Abby talks to Chance about postponing their meeting with Devon. Abby told Chance that the reality of what they’re doing is taking a toll on her. Viewers know that it is a very difficult decision for Abby to make as she knows that there’ll be days she can’t see Dominic whenever she wants to after she signs the agreement. Eventually, Chance asks Abby if she’s having doubts, but she will move forward and sign the agreement.

Moving forward in the episode, Devon, Amanda and Christine reach the Chancellor mansion to meet Abby and Chance. The new shared custody agreement was signed, so everything became official. Abby gets Dominic out of his room to be a part of this special celebration. Then, Devon holds Dominic and asks Abby for the playlist of Dominic’s music class.

Amanda would highlight that Devon could also attend baby’s music class, but Devon wouldn’t impose. Regardless, Abby suggested that Devon is not an imposition and offered a nanny when the baby was at Devon’s house. Devon feels that it will be a good thing having the same nanny around as familiar faces will help Dominic settle down calmly.

The Young And The Restless: Custody Agreement Aftermath

Later at the mansion, Chance finds Abby alone and tells her that he is proud of her for being so strong through the whole custody process. Chance also tells her they can turn Dominic’s weekly overnights into their date night. Later, Abby calls Ashley Abbott to tell her that everything went well, and she admits that this was the hardest thing she ever had to do.

After some time at the penthouse, Devon tells Lily that he had signed the agreement with Neil’s pens. Lily also showed a design for the baby’s room, and Devon loved the design. Then Billy stops by with Champagne at the penthouse to celebrate. Lily and Billy gift a memory book to Devon, and Devon tells them that he’s excited to fill this with Dominic’s journey. Devon said,” I can’t wait to fill in these pages with my son.”

While Devon is excited, Mariah Copeland and Tessa Porter discuss the adoption process with their advocate. When Mariah mentions that Noah hasn’t responded to her text, she notices Tessa’s reaction. Mariah reminded Tessa that there couldn’t be any secrets between them, so Tessa revealed that Noah confessed his feelings for her.

She also told her that Noah apologized and said he was actually happy for them. After Mariah listens to all this, she feels sorry for Noah. Tessa also tells Mariah that she loves her and nothing can change that.

The Young And The Restless: Noah Is Struggling

Rounding off Wednesday’s episode was Noah struggling to hide his feelings for Tessa. When Noah witnesses an intimate moment between Tessa and Mariah, he seemed a bit upset. He walks into the room, talks to Mariah about something playfully, and leaves. Noah goes to New Hope with Nick to discuss business, and he dodges Tessa-related questions. Then, Noah meets Tessa alone and gets her to confess that she told Mariah everything. Noah acts as nothing happened and reminds Tessa that they decided to move on.

Towards the end of their conversation, Noah assured Tessa that he is not a threat to their relationship. Tessa tells him that she wants Noah to be a part of their happiness and assures him that his lady luck is somewhere out looking for him. Then, Tessa and Mariah head out to meet their lawyer, and Noah pretends to get a text from a friend and moves out to dodge more Tessa-related questions.

The Young And The Restless spoilers reveal that Y&R characters are in for lots of discussion in the upcoming weeks. What is that? Only time will tell. Until then, Stay tuned. TV Seasons & Spoilers will bring you all the updates. The Young & The Restless airs on CBS all weekdays.