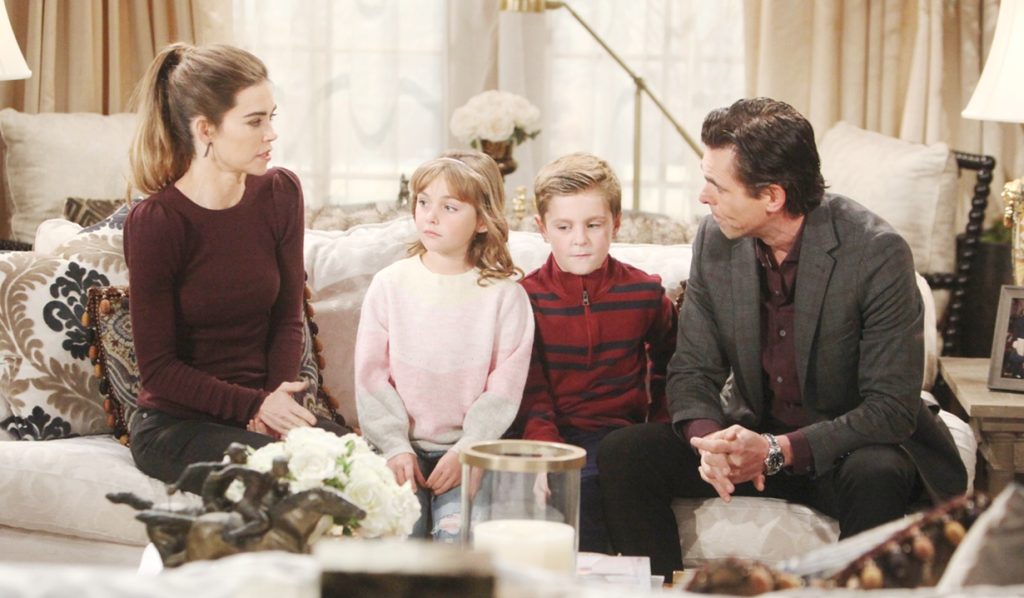 The Young And The Restless Spoilers: Are Johnny And Katie Being SOARSed?

The Young and the Restless spoilers suggest that things are about to change a little in the upcoming days. Victoria Newman Locke recently convinced Ashland Locke that they must send her children Katie and Johnny to the boarding school. Once that happens, things will change. Both Katie and Johnny are really little, and keeping in mind everything that is happening on the soap, they might be feeling a little disturbed. So, sending them away would be a good option. But is that the only reason why they could be being sent away? It doesn’t look like so.

Long time Y&R viewers would know, being sent to boarding school usually means SOARSing children on the soap opera. Katie and Johnny’s parents- Victoria and Billy were themselves SOARSed. They had left the city for a while, and when they came back, they were conveniently much older. Not only Victoria and Billy, but Nick Newman also experienced this syndrome. So, given their family history and everything that is happening in Genoa City right now, we can expect that these kids will be SOARSed too.

points out that the teen scene in The Young and the Restless is seriously lacking right now. There are only Faith and Moses in the whole teenage group in the show. So, enthusiasm is lacking in these storylines. So, if The Young and the Restless brings Johnny and Katie in as teenagers, there will be a bit of drama. There is a possibility that Katie might even go after Moses to romance him, and Johnny-Faith could come closer. While there are loopholes in this storyline, there is always room for possibilities in soap operas. So, it might happen.

Regardless of what the storyline is, there is a possibility that Johnny and Katie will be SORASed sooner than later. And they will bring in some exciting teen-scene to The Young and the Restless. Do you think that could happen? Share with us your opinions in the comments below.