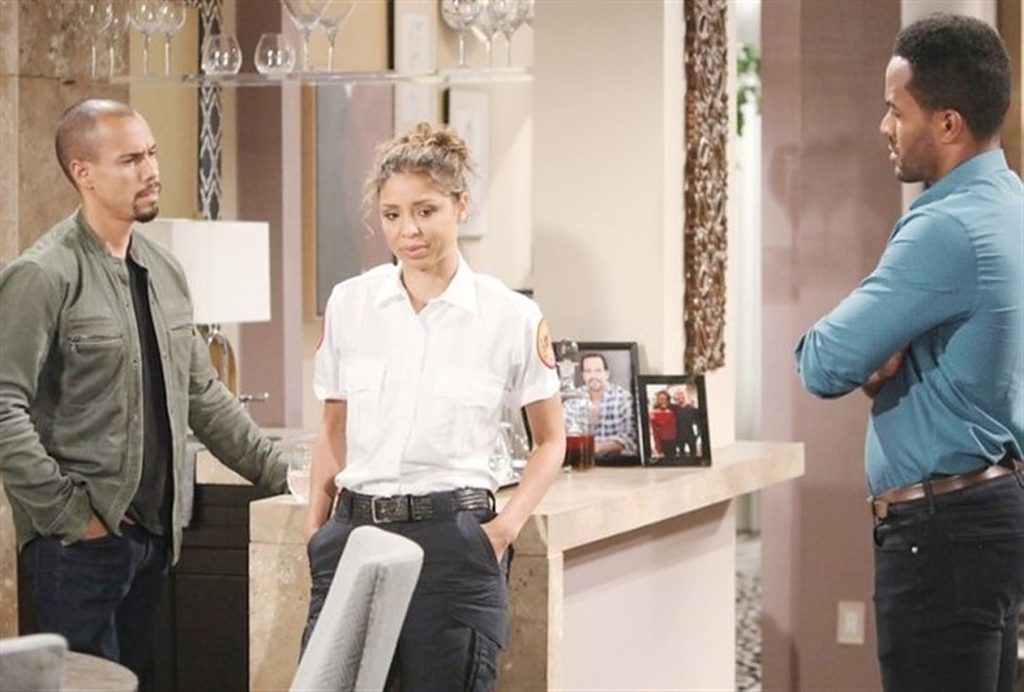 The Young And The Restless spoilers tease that couples from the past might reunite in the upcoming episodes of the soap opera. It is speculated that Devon and Elena might find their way back to get back together. Their cheating on their partners will surely give rise to many other twists and turns. Amanda and Nate and going to get heartbroken for sure in the future. Whatever it is, how are things going to end up for the quadruple? Keep reading to find out what Y&R writers have for viewers in their store.

Nate And Elena Having Issues

Elena, who was out of town due to some work, has returned back to town. However, she did notice the growing closeness between Nate and Imani. This will automatically piss Elena off, and she will end up feeling insecure. However, she will talk to Nate about that. Instead of getting a straightforward answer, he will rather put her in more confusion. And in relationships, confusion only gives rise to discomfort feelings. Elena will be very skeptical about Nate’s feelings.

Owing to the confusion, she will reach out to Devon to get some advice. He will surely support her since he is also facing problems with Nate. Will these two cross the line while getting comfort from each other? Will know that.

The Young And The Restless Spoilers: Elena-Devon Gets Too Close, Ends Up Cheating On Their Partners!

Since Elena was frustrated with Nate, she will approach Devon. They both will provide comfort to each other. Fans know that Devon is also facing issues with his cousin in business. Their never-ending bickering is not something that people are unaware of. There are possibilities that both Elena and Devon might feel the warmness with each other. Elena has also been feeling alienated around Nate since she returned back in town. So, she might find her comfort in Devon.

On the other hand, Amanda has left the town without a heads-up on her return. This might play a really good reason for things getting heated up. It is teased that in a moment of passion, the two of them might cheat on Amanda and Nate. However, it is teased that both might keep the cheating bomb a secret. They might not want to hurt their partners. But, for how many days will it be hidden? Whenever the cheating bomb is going to explode, it is surely going to leave Amanda and Nate heartbroken.

Devon-Elena Shares A History Together!

Fans who have been following Y&R for many years know that Elena and Devon share a past together. Before getting with Amanda or Nate, Elena and Devon were in a relationship with each other. However, they both cheated in the past and separated their ways. However, it is not uncommon for couples to find their ways back to each other in soap operas. So, this might happen on The Young And The Restless soon.

Nevertheless, things were going quite boring with the quadruple. Most of the viewers also thought the same. However, Y&R writers are likely to shake up some storylines. Will Elena and Devon come back into a relationship? Will know when the time comes. Watch The Young And The Restless, which airs every Weekdays on CBS. For more information, visit our website, TV Season & Spoilers.