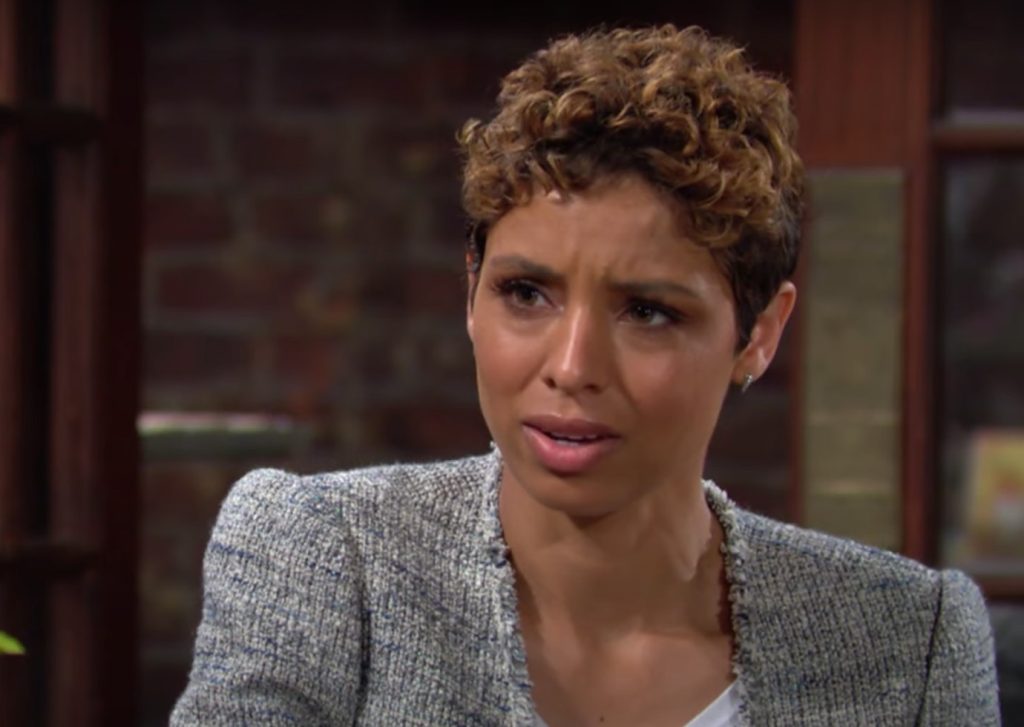 The Young And The Restless Spoilers: Elena Leaves! Brytni Sarpy Out?

The Young And The Restless spoilers tease a major character might be on her way out of Genoa City, and this character is none other than Elena. Elena might choose to leave Genoa City since things are getting out of her control. Well, if that is the case, what does that mean to the actress Brytni Sarpy who is playing the role of Elena? Let’s discuss where the storyline might possibly take the viewers to.

Elena Dumps Nate, Doesn’t Want To Give Another Chance

Previously we saw how Elena struggled to make Nate realize that he should not listen to Imani. Well, as if that struggle wasn’t enough, Nate took a huge step by making a deal with Victoria and plotting against his own family. Nate took Imani’s advice to take revenge just so seriously that he shook hands with the enemy company, Newman Enterprises.

When Elena came to know about it, she was devastated to witness this side of Nate. All this while, she thought that she knew Nate the best. But with his bold move, she just couldn’t take it. Nate was earlier a gentle doctor, but now after entering the business world, he has just transformed to a great extent. In the recent The Young And The Restless episode, when Nate came to ask for another chance from Elena, she said the same to him. Seeing Nate obsessed with power and position, Elena just can’t support him like the way she used to. On one side, she is working for Chancellor-Winters, and her own boyfriend is trying to sabotage the company. What will she do?

Further spoilers claim that Elena won’t be able to take it and decide to leave Genoa City. Recently when Devon, Lily, Nate, and Billy were about to sign the IPO documents, Elena barged into the room to delay the process. It’s like the writers are putting her loyalty to the test. On one side, Elena doesn’t want to expose Nate’s wicked plan. While on the other she doesn’t want her company to be taken over by Victoria with the help of Nate. All this chaos will just leave Elena with no other choice but to leave Genoa City. The Young And The Restless spoilers have already confirmed that Elena will be leaving

for Baltimore. If that’s the case, what will happen to Brytni Sarpy, who is playing the character of Elena? Let’s discuss this.

The Young And The Restless Spoilers: Brytni Sarpy To Leave The Soap Too?

Now that The Young And The Restless has confirmed that Elena will be leaving Genoa City, what would be the role of Brytni Sarpy in the storyline? Does her exit from Genoa City also means that she might leave the soap as well? As of now, neither has Brytni nor Y&R has confirmed anything regarding Brytni leaving the show. Even the chances of her leaving the show are high, there is a slight possibility that she might just stay.

Fans know that Elena is the only person who knows Nate’s wicked sabotage plan. So, chances are there that to make the story more interesting, the writers might make Elena stay by the end. Even though she has made up her mind to leave for Baltimore, she might not leave in the end. One thing to consider over here is the spoilers have teased that Nate will approach Elena again by the end of this week.

Possibility is there that something kind of dealing might happen between Elena and Nate. We will have to wait to see what unfolds between this couple. Stay tuned and watch The Young And The Restless, it airs every weekdays on CBS. For more updates and spoilers, visit our website, TV Season & Spoilers.