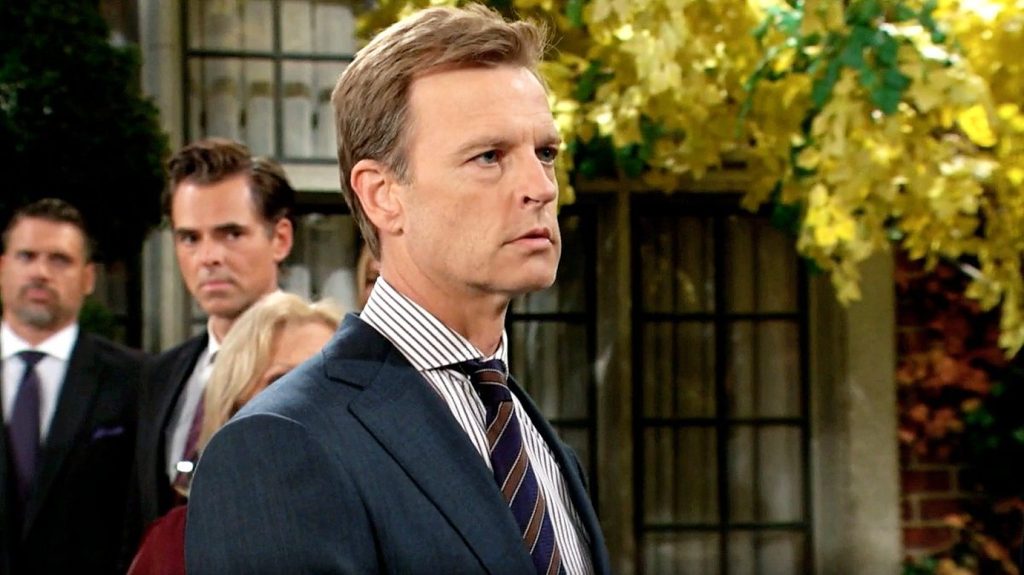 The Young And The Restless Spoilers For October 24, 2022: Abby And Chance Face Marriage Problems, Tucker Is Under Suspicion

The Young And The Restless spoilers for October 24, 2022, tease that Tucker and Audra will have another strategic plan that they will roll out in the upcoming episode. There, Tucker will explain his risky plan to Audra, which will stun and confuse her at the same time. Elsewhere, Lily will try to clean the mess Nate has created. But before that, she will need to find out to who Nate was feeding information to. Over with Abby and Chance, they will again have some problems in their marriage. So, Abby will lean on someone who will understand her. Who could that be? Keep reading to know what is brewing in Genoa City.

On Monday, Abby and Chance will share some sweet moments as Abby tries to strengthen the bond. However, both will start having some problems during the conversation. Earlier, when Abby wanted to talk, Chance got a call and left the house. And now, when she made some efforts, they both again had some issues and couldn’t complete the conversation. If things go at this pace, it won’t be far when Chance and Abby’s marriage crumble down to pieces, and they break up. Well, if that happens, who will they turn to next?

The Young And The Restless Spoilers: Tucker Explains His Risky Plan

Further on, The Young And The Restless, Tucker and Audra will have another strategic meeting where Tucker will explain his sinister move to Audra. Looks like Tucker will prepare himself to multitask. The spoilers say that Tucker is already strategizing to take down Chancellor-Winters. At the same time, he will also wants to win Ashley and get back with her. Fans can expect to see Tucker take down his own son’s company.

In the meantime, Lily will try to clear all the mess Nate left with. She will be hell-bent on seeing who Nate was feeding all the information to. Fans know that it was Victoria. But even if Victoria poses a threat

, Chancellor-Winters is nesting an even sinister person inside the company itself – Tucker McCall. However, it’s a good thing that Lily, Devon, Billy, and Jill don’t trust Tucker at all. Even if they don’t trust him, they will need evidence to prove his bad intentions.

Whatever it is, Tucker will continue to make sinister moves. It won’t be far before Chancellor-Winters and Newman Media will have a business war. Chancellor-Winters will get attacked from both sides. First from Victoria and then from Tucker. What will they do in this? We will have to wait to see what happens. Stay tuned and watch The Young And The Restless, it airs every weekdays on CBS. For more updates and spoilers, visit our website, TV Season & Spoilers.