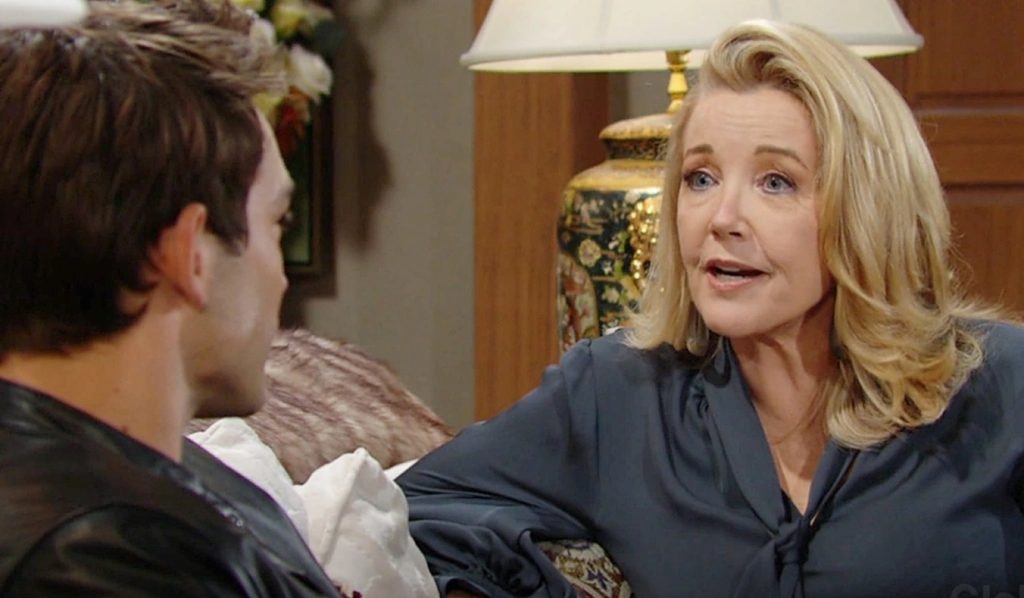 The Young And The Restless Spoilers For October 7, 2022: Chelsea Gets Another Rejection, Nikki Seeks Noah’s Help

The Young And The Restless spoilers for October 7, 2022, tease that Chelsea will get yet another rejection from either Connor or Johnny, and she will be heartbroken. Over with Billy, he will assure Lily about his love for her. Elsewhere, Nikki will seek help from Noah when she realizes that Noah has some dirt on Diane. Continue to read to find out what Y&R has in store for its viewers in today’s episode.

On Friday, Billy reassures Lily that his feelings for her are true. Past few days, Billy is frequently seen with Chelsea. So, Lily might be a little skeptical about it, Billy will remind her of his commitment and support. Will Lily believe him in this? We will know soon.

Elsewhere, Chelsea will face another blow. Although we don’t know what she did, but it is pretty obvious that it has something to do with Johnny or Connor. Chances are that Chelsea might have got another rejection from Johnny. The recent The Young And The Restless preview video showed how Billy was pissed off with Chelsea camping at the park for Johnny. So, Chelsea might have met Johnny, and he would have complained to Billy.

Then again, there are also chances that Chelsea might try talking to Connor about Johnny and her situation. Whatever it is, this clearly shows that Chelsea just doesn’t know how to handle a situation that involves children. Chelsea is just going to make things worse for her. So, stay tuned to watch how her plans get blocked.

Next, Nikki will be busy with her charity work for broke London artists, so she will turn to Noah for help. The Young And The Restless spoilers tease that Nikki will discover some Diane dirt with Noah, which even he won’t be aware of. Now that she has got even more dirt, Phyllis will be eager to listen to what she has got.

Since the day Tucker landed in Genoa City, everyone is looking for a reason for his return. However, Nikki and Phyllis know that Diane has got some connections with Tucker. They just want to break it and expose Diane in a manner where she won’t even think of returning to Genoa City.

As for now, Nikki has a clue that Deacon gave her, then from somewhere, Tucker popped in the town. One after the other, Nikki is getting clues and dirt on Diane. So, it won’t be far that Nikki and Phyllis expose Diane in front of the whole family. Once they do that, Nikki will get her revenge, and Phyllis will also get Jack back in her life. Stay tuned, as Y&R will bring more twisted episodes in the future. For more updates and spoilers, visit our website, TV Season & Spoilers.