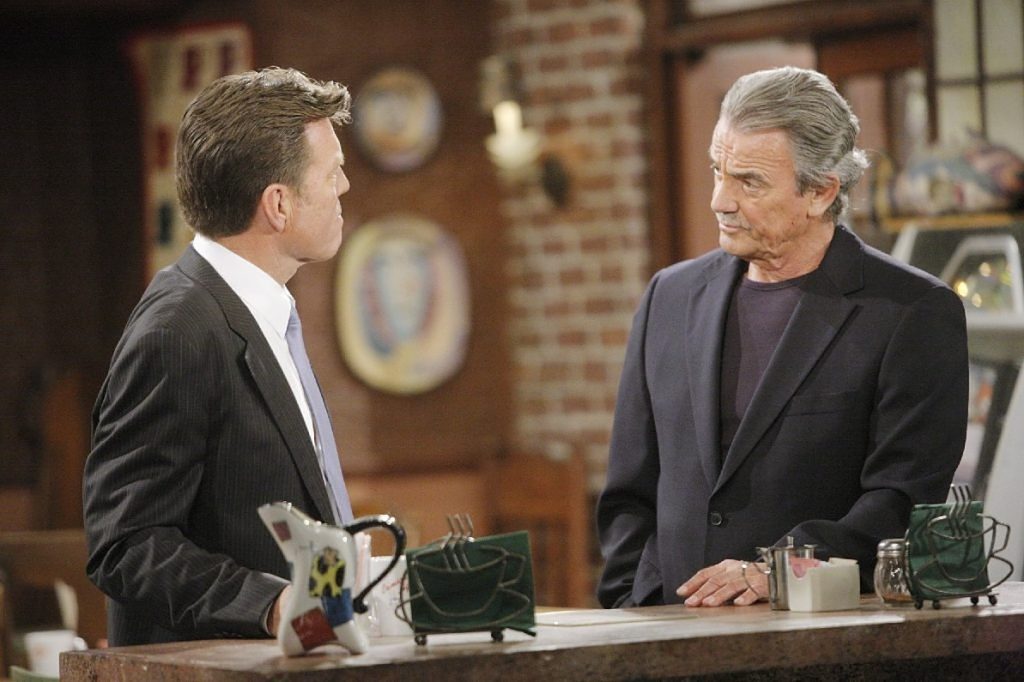 The Young and The Restless spoilers for September 13, 2022, reveal that Diane will confront Phyllis. She will know that Phyllis is trying hard to push her buttons. On the other end, Victor will decide to attack Jabot through tough competition. In the office, Sally and Nick will enjoy an intimate moment. But Adam will soon land at Sally’s office doorsteps. Will he see Sally making love with Nick? Let’s read further to know what Y&R has in store for the viewers today.

Diane will get some clues about Phyllis scheming against her. The Young And The Restless spoilers say that Diane will confront Phyllis. She will be so done with Phyllis and Nikki trying so hard to take her down. Now that she is regaining the trust and support of Jack and Kyle, she will be confident that they can’t do anything to her.

Later, Diane will tell Phyllis that no matter how many times she tries to push her buttons, she will never succeed. Possibilities are there that she might have gotten clues that Phyllis was the one to give info to Talia for her story. However, if Jack comes to know that Phyllis has done something like this, he will surely be upset with her.

Speaking of Jack, he will continue to face problems with Victor. Victor is suspicious that Jack is planning something big against Newman now that he has hired Adam. Even though it was Adam who refused to be with Newmans, Victor will behave as if Jack stole his son. Fans already saw how Victor threatened Jack with future business troubles. Looks like he will prepare himself for that.

Further, The Young And The Restless spoilers say that Jack will plan some tough business ways to compete with Jabot. Over with Adam, he will take over the co-CEO position and will also plan to stop the revenge game. Does Adam really want to stop his vengeful activities? If yes, will he succeed in his plan? We will know that soon.

The Young And The Restless Spoilers: Sally-Nick’s Growing Closeness

Further, on The Young And The Restless, Sally will miss an important summit. So, Victoria will be furious at her. However, Nick will come at the right time to convince Victoria not to fire Sally. When Sally comes to know that Nick helped in sparring her job, she will shake hands with him. However, this will escalate to them kissing each other.

Later, things will get steamy, and Nick and Sally will end up hooking up inside Sally’s office. The Young And The Restless spoilers say that Adam will land at Sally’s office door. Will his bad timing lead him to witness their steamy session? Only time will tell. However, the preview video did show Adam thinking about whether he should open the door or not. Fans know that Adam wants to apologize to Sally.

Whatever it is, The Young And The Restless spoilers say that Adam will certainly notice the closeness of Sally and Nick. This will definitely upset him, and his desire to get Sally back in life will also shatter into pieces. Stay tuned and watch The Young And The Restless, it airs every weekday on CBS. For more information on updates and spoilers, visit our website, TV Season & Spoilers.