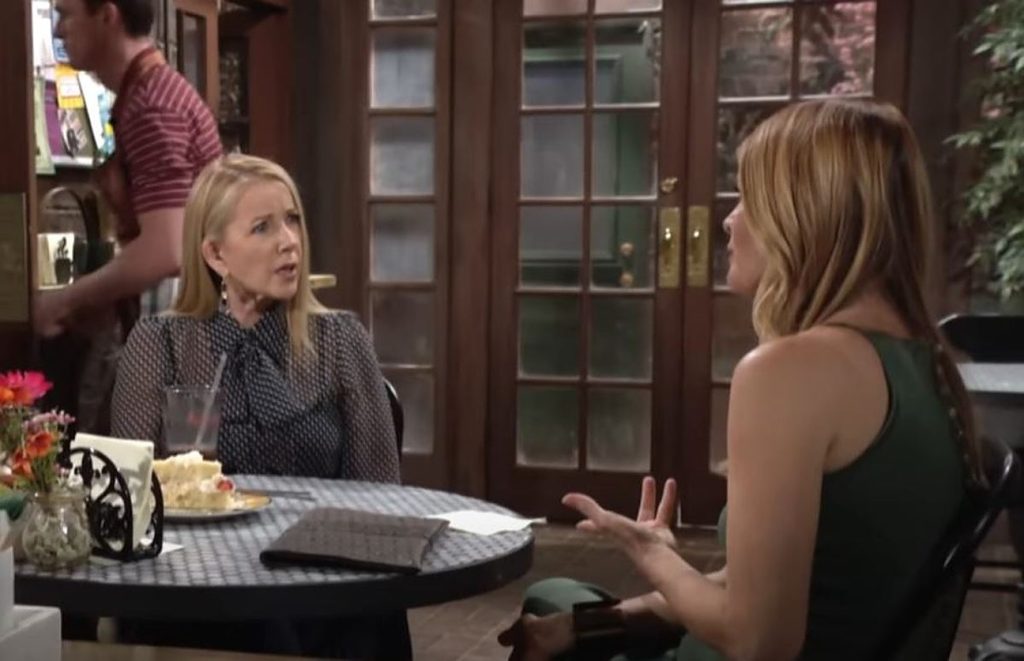 The Young And The Restless Spoilers For September 30, 2022: Nikki Returns With Evidences, Diane’s Exposure Countdown Starts

The Young And The Restless spoilers for September 30, 2022, tease that Nikki will return to Genoa City with evidence that will blow off Diane’s facade. Diane will know her exposure countdown has begun. So, she will be fretting. Over with Victor and Victoria, they both will plan to take over Chancellor-Winters. Continue reading to find out what is brewing in Genoa City.

We all know how Nikki faced trouble scoring dirt on Diane. Now that she has got an ample amount of them. So, she will return to Genoa City. The Young And The Restless spoilers claim that Nikki already informed Phyllis that she has something big this time. So, she will also patiently wait for Nikki. In LA, Nikki was clever enough to make Deacon give her what she wanted. We already saw how he gave her some photo or document against Diane. This just means that Diane’s end is near.

Over with Summer, she will receive the gorgeous dress from Nikki, which she asked Eric Forrester to make. While everyone is enjoying the ceremony, things will suddenly become tense. At the reception, Tucker will show up and reveal that he is Diane’s partner in crime. So, Nikki’s evidence will also be something linked to it.

It is possible that Nikki and Phyllis might know that Tucker was the one who helped Diane behind the scenes. Other The Young And The Restless spoilers already pointed out that Tucker himself is bickering with Diane. So, it won’t be a surprise if he joins team Nikki and schemes against Diane.

Whatever the case, Diane has to know that her exposure countdown has begun. All the efforts she made all these days to rebuild her bond with Jack and Kyle will come down crumbling. Once Tucker and Nikki team up, it will be an end game for Diane.

The Young And The Restless Spoilers: Victoria-Victor Plots Plan

Further, on The Young And The Restless, Victor and Victoria will strategize to get major shares in Chancellor-Winters. Earlier, we saw how Nate and Victoria struck the deal. Looks like Victor is also in all this. Once they are prepared, Victor will warn Victoria to watch every step carefully.

Other spoilers teased that Victoria will soon land in hot water. There will be some financial crisis that Victoria might overlook, and this whole plan might collapse. Whatever the case, we will know about this in the upcoming episodes. It is possible that Victoria’s need to show her capability might backfire when Lily learns that she is plotting to take over Chancellor-Winters. Both Newman Enterprises and Chancellor-Winters are going to clash with each other soon. Stay tuned and watch The Young And The Restless, it airs every weekday on CBS. For more updates and spoilers, visit our website, TV Season & Spoilers.