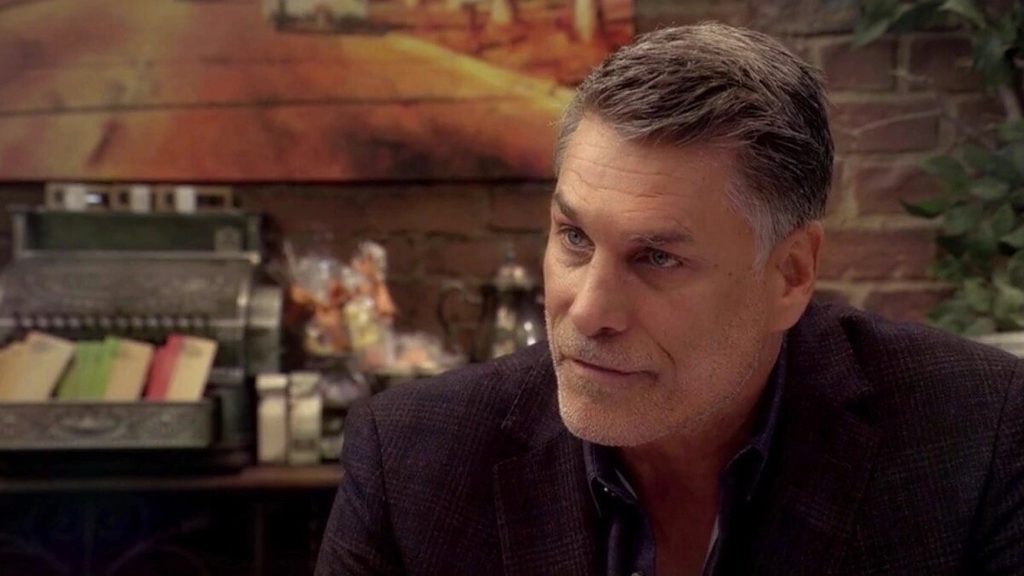 The Young And The Restless Spoilers For The Next Two Weeks (December 5-16, 2022): Jeremy’s Return Backfires On Phyllis, Tucker’s Secret Ally

The Young And The Restless spoilers for the next two weeks, from December 5 to 16, 2022, reveal that Jeremy will be back in town and become a threat. Jack will stop Diane from packing the bags. While Kyle will deliver a warning to Jeremy to stay away from his family. However, Diane has something which Jeremy needs. He is back for that sole reason. On the other end, Tucker will also give some hints on who else is his secret ally.

During the week of December 12-16, 2022, Phyllis’ plan to drive Diane away from Genoa City will backfire. Jack will also strike a deal with someone. Could that be Victor? Keep reading to know what is brewing in Genoa City for the next two weeks.

The Young And The Restless Spoilers For The Week Of December 5-9, 2022: Jeremy Is Back!

First, Diane will open the door only to find Jeremy standing waiting for her. The Young And The Restless spoilers tease Diane’s mind will blow off once she finds her rival there. Later, she will inform Jack about his arrival. It won’t be that tough to sense that Phyllis is the one who summoned Jeremy in town. So, Jack will blast at Phyllis for putting his family in danger, including little Harrison.

Once Diane sees Jeremy, she will decide that the best thing to do is escape the town. She will start packing her bags. But, Jack will stop her and remind her of the promises she did to Kyle and Harrison. This will result in Diane choosing to stay and fighting back. However, Jeremy won’t be here for revenge but to get something that Diane either has or had a few years ago. We have to see what Jeremy is wanting to get back. Back with Phyllis, Jack will lash out at her, and then it will be Summer’s turn to deliver an earful to her mother. Kyle will also blast at Phyllis before he goes to warn Jeremy not to be around his family.

Elsewhere, Nate and Elena will have some problems due to Victoria. Nate had promised Elena to take her with him on his business trip to LA. However, Victoria won’t allow Nate to do that. He will now have to cancel the planning with Elena. Elena will feel like Victoria is meddling with Nate and his personal life. She will feel that Victoria might need something more than a professional relationship with Nate. However, Nate will ask her to trust in him.

Next, Sally will confess her feelings for Adam and will sleep with him. The Young And The Restless spoilers reveal Sally will hit the sheets with him since it will be more like a final goodbye for her. Looks like Sally will sleep with Adam and put and end to their relationship in the aftermath. However, Nick will get the gist of what happened inside the room when he will find Adam coming out of Sally’s suite. When he confronts her, she will be honest with Nick on what she did and the fact that her heart belongs to Nick.

Later, Nick will ask Summer to calm down since she will get to know Sally. She had already warned Sally not to mess up with her father’s emotions, but she never listened to her. So, she might again decide to take things into her hands. In the meantime, Audra will try her best to get back to Noah. Chance will also make some bold moves, and it might involve handing over Abby the divorce papers. If not, he might kiss Sharon if his feelings get messed up.

Meanwhile, Tucker will give a lump sum amount to Jeremy to cause more trouble inside the Abbott family. Other The Young And The Restless spoilers say that chances are there that Daniel might be Tucker’s other ally. He also left his art career just like Audra and is now wanting to do something big. Chances are there that Daniel might be connected to the same art fund which Tucker is connected to.

The Young And The Restless Spoilers For The Week Of December 12-16, 2022: Lily To Forgive Nate?, Jack Strikes Deal With Victor?

Next week on The Young And The Restless, Lily will decide to take things slow and will also sort things between her and Nate. she will wonder if Devon will also do the same. Over with Chelsea, she will also come to peace with someone, and it might be Sally. If Chloe suggests working together, then all three of them might come together to finish off the interior design business model.

As for Phyllis, she is likely to get into bad books of people again when she stirs the pot even more. Looks like Phyllis’ plan to drive Diane won’t stop and she will eventually get backfire when Jack and Summer will get more angry with her. Speaking of Jack, he will make a major decision. Looks like Jack and Victor might team up to drive Jeremy out of the town. Stay tuned and watch The Young And The Restless, it airs every weekdays on CBS. For more updates and spoilers, visit our website, TV Season & Spoilers.