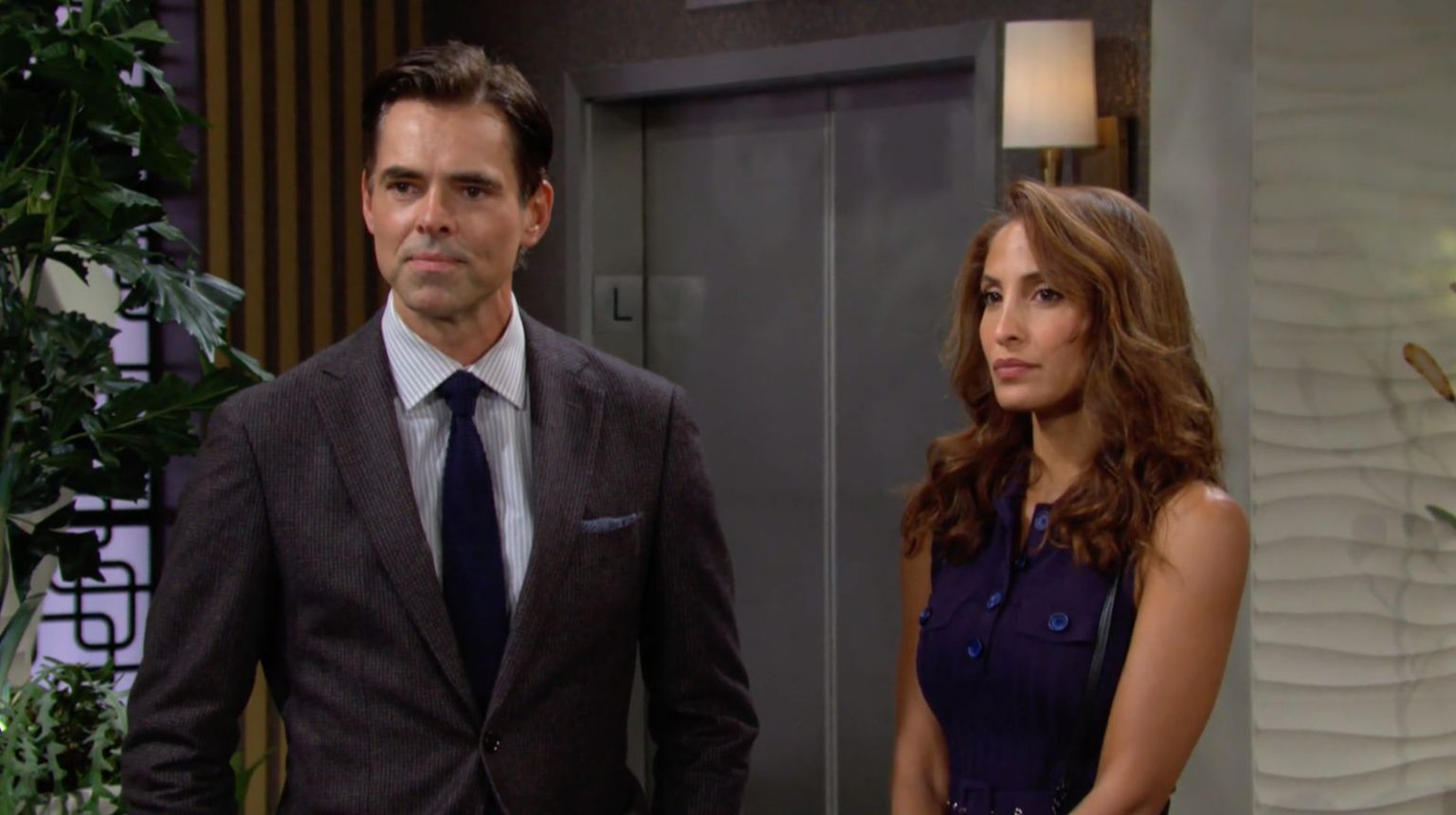 The Young And The Restless Spoilers For Tuesday (November 23, 2021): Lily Makes An Emergency Call, Victoria’s Offer

The Young and the Restless spoilers for Tuesday, November 23, 2021, are out, and it reveals that Lily will have to make some tough calls in the upcoming days. She will not agree with whatever Billy is doing. So, Lily will reach out to Jill Abbott.

Next, spoilers suggest that Ashland and Victoria will team up, and they will move forward with making an offer to Billy. But what will this offer be? More spoilers suggest that Devon will need some help, and he will reach out to someone. What could this be about? Here is everything to know.

Starting off the Tuesday spoilers is Lily Winters, who will make an emergency call in the upcoming days. It looks like she will contact Jill Abbott and tell her about everything that is happening with ChancComm. She will ask her to come to Genoa City before Billy messes up everything.

Y&R viewers know that Lily does not agree with whatever Billy is doing these days. Lily doesn’t trust the Newmans, and she can’t believe what they are saying. So, Lily will want Billy not to step down. She thinks that Billy is offering his head without any reassurance. She doesn’t even believe that Newmans will leave the company alone if Billy steps down, and the spoilers confirm that what she is thinking really is right.

The Young and the Restless spoilers reveal that Victor will just want to lure Billy into this false sense of security by promising him a truce. However, that isn’t his end game. In fact, he wants to snatch ChancComm, hoping that once Billy steps down, Lily or Jill will fold and put it up for sale. However, will that really happen? We will have to wait to know.

The Young and the Restless spoilers further reveal that Ashland will change his gears in the upcoming week of November 23, 2021. Until now, Ashland had been supporting Victor and Adam Newman, but that will be changed in the Tuesday episode.

Ashland has made it clear that Victoria is his priority, and he will do everything he has to make her happy. So, it looks like Ashland will go against Victor and Adam’s wishes and support Victoria in a power play. The two of them will visit Billy and Lily with a proposition.

Billy will complain that they were hacked and try to convince Victoria that he did not do anything. He will say that Ashland’s story was never supposed to be published. But, Victoria will think that even if Billy did not publish it, he is still a guilty party. She will think that since Billy created the story, he has some responsibility. And after a little session of accusations and scolding, Victoria will have a way out for Billy and Lily.

Spoilers suggest that Victoria will want to avenge Adam. She will propose that they make ChancComm a part of the Newman-Locke merger. This would benefit the original company Victor made, but it would also take away Adam’s opportunity to expand Newman Media. But Billy and Lily agree to this? Only time will tell.

The Young and the Restless spoilers suggest that while Lily and Billy will listen to Victoria and Ashland’s proposition, the last decision will come to Jill Abbott. She will come back to Genoa City soon, and she might not be very keen on letting the company slip out of her hands. So, Celebdirtylaundry.com

points out there is a possibility that she might just shut down all of it.

In the meantime, Devon will need some help regarding Dominic, and he will reach out to Elena for that. She will be more than happy to help him. So, the two of them will bond a bit. They will try to be there for the baby at all times. Could this bonding turn into something else? We will have to wait to know. The Tuesday episode will be a lot of twists and turns. So, make sure you tune in and enjoy. The Young and the Restless airs on CBS all weekdays. Don’t miss the action.