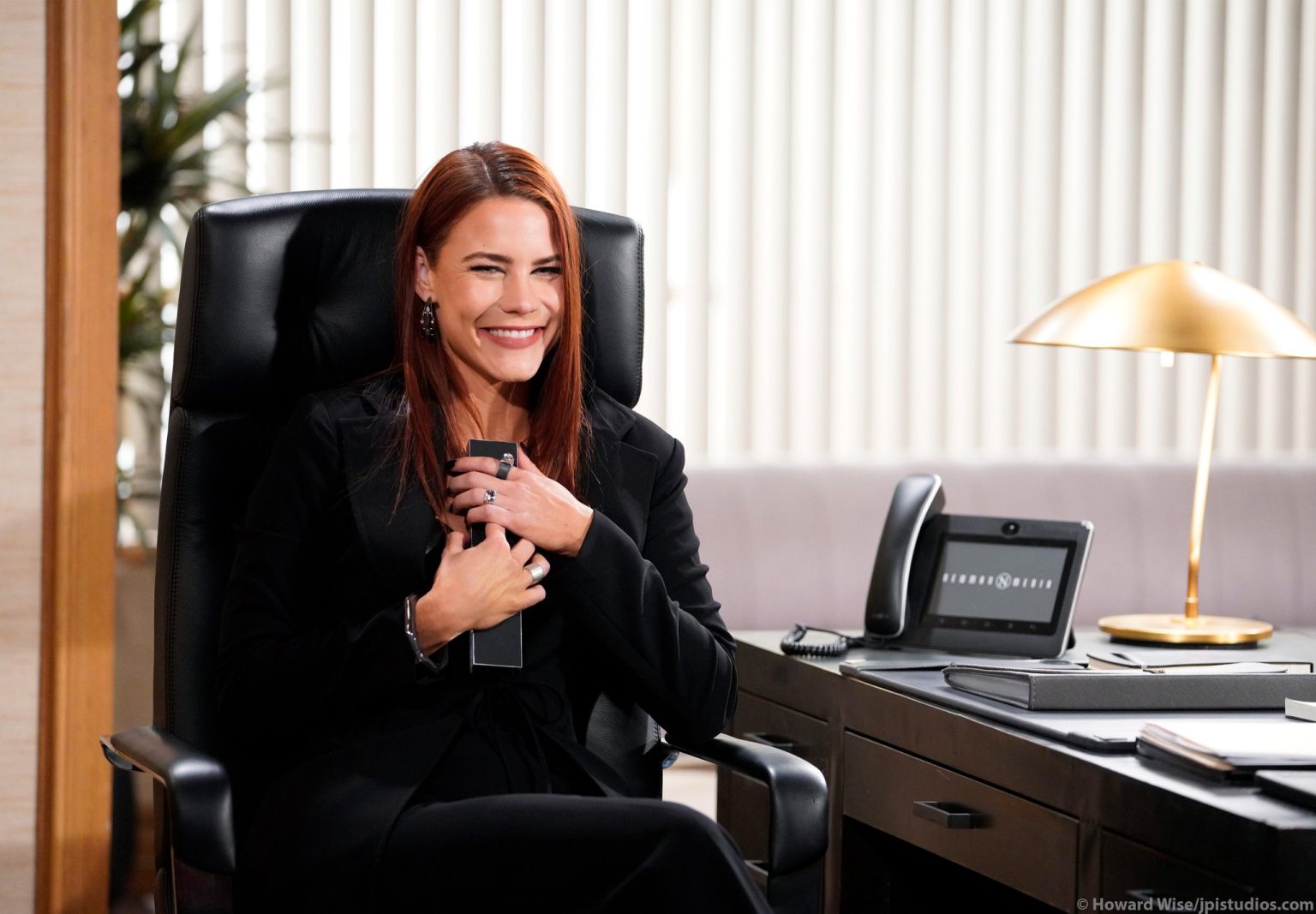 The Young And The Restless Spoilers: Sally LANDS At JABOT After Getting Fired From Newman Media, Works With Her EXES?

The Young And The Restless spoilers suggest that Sally is out looking for something meaningful once again. No, we are not talking about her love life which is already too messy at the moment. We are talking about her career and future in Genoa City. After getting fired from Newman Media, The Young and the Restless spoilers say that Sally will look for employment elsewhere. She will have to find a job not just to fend for herself but also to give her a sense of purpose. Where will she end? Further Y&R spoilers suggest that Adam might become the knight in shining armor for Sally and come to rescue her. What would he do? Keep reading to find out.

Sally Is Looking For Employment

Long-time Y&R viewers would recall the only reason Sally came to Genoa City from L.A. was for a fresh start. She wanted to make a name for herself and establish herself. However, now, everything is going down a spiral for her. In the recent The Young And The Restless episodes, viewers got to see Sally getting fired as the CEO of Newman Media. While we understand that S ally did not make any big mistake to get fired, she did get involved with the black sheep of the Newman family- Adam Newman.

Anywho, now, The Young and the Restless spoilers suggest that Sally will now look for employment opportunities elsewhere. She is out of Newman Media, but that doesn’t necessarily mean that she is going to sit ideal. As Lauren once said, Sally always ends up on her feet; she might now start working on getting back in the game and getting herself something. With that said, The Young and the Restless spoilers imply that Sally doesn’t really have a lot of options. So, where will she end?

The Young And The Restless: Adam Becomes The Savior; Will Sally End Up In Jabot?

Further, The Young and the Restless spoilers say that Adam is the co-CEO at Jabot now, and that means he can help Sally. There is a little bit of awkwardness between Adam and Sally right now, but could this be a silver lining in dark clouds? After all, Adam has been trying to make things okay between him and Sally. So, could he try to be the savior and give Sally an opportunity at Jabot?

The Young and the Restless spoilers imply that Jack has a soft spot for Sally. The two of them have a history together, but Jack believes that Sally has learned from her mistake. In fact, the two of them have been able to get on friendly terms too. So, if Adam proposes to bring Sally into Jabot, Jack might be open to that idea. Sally might not be able to get the CEO or COO position there, but she might still be an executive.

Is There Any Other Options Open For Sally?

With that said, there is a possibility that Sally might not be okay working at Jabot. After all, working there would mean that Sally is working with both of her exes. Not just that, she might feel that Jack and Adam are showing her pity and giving her the job. So, there is a possibility that she might look for a job elsewhere. If we see the current scenario on The Young and the Restless, the only option Sally is left with is Marchetti.

However, getting a job there might be very difficult for her. Summer and Kyle might have to put their issues with Sally aside if they decide to get her on board. Would they be open to turning the leaf, or will Sally and Adam start a new bond? We will have to wait to know. The Young and the Restless spoilers suggest that things are going to get very interesting for Sally in the upcoming days. So, make sure you tune in and enjoy. The Young And The Restless airs on CBS all weekdays. Don’t miss the action.