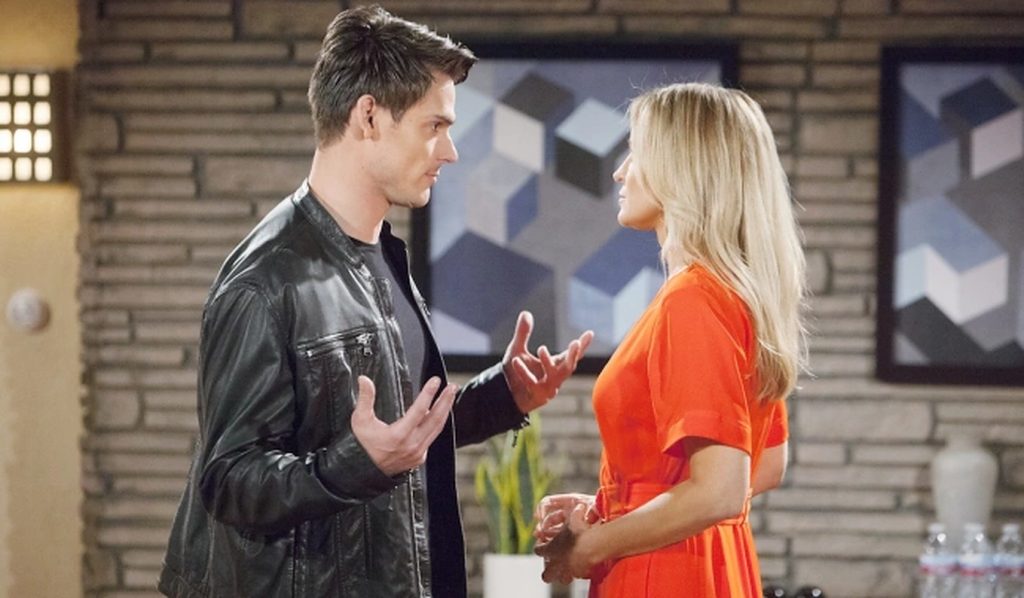 The Young And The Restless Spoilers: Sharon And Adam REUNITE? Adam Goes Back To Sharon After Sally BREAKS HIS HEART

The Young And The Restless spoilers hint that Adam will plea Sally to give him another chance. But, when he realizes that Sally’s words are contradicting with her actions, he will confront her about her recent closeness with Nick. Later, Adam will return to Sharon to get some advice from her. Will this advice session spark a new romance in this former couple? Let’s read further to know what happens.

Previously we saw how Adam decided to apologize to Sally for all the wrongdoings and get back together. The Young And The Restless spoilers say that Adam did go to Sally and asked for her forgiveness. However, Sally was not ready to give him one. She dodged his question by saying that she wanted to focus on her career. Fans know that recently Sally missed one important business summit. Thus, Victoria was super pissed off at her. But, it was Nick’s effort to help keep Sally’s CEO position.

So, Sally conveyed the same to Adam and asked him not to have hopes. As of now, Sally only wants to focus on her work and not care about her love life. Afterward, Adam finally pointed out to Sally how much her words were contradicting with her actions. He did call out her passion for work with that of her increasing closeness with Nick. Even after repeated pleas, Sally did not want to get back with Adam. He will be heartbroken. All his hopes of getting back with Sally will crumble into pieces. He will know that his and Sally’s story can no longer move forward.

The Young And The Restless Spoilers: Disheartened Adam Runs Back To Sharon? A New Romance In Start?

As of now, Adam only has suspicion on Nick and Sally. But, once Adam discovers that Sally and Nick hooked up, he will be heartbroken. Ultimately, Adam will run back to Sharon. So to speak, whenever Adam had issues

, he always headed straight to Sharon. As far as Sharon is concerned, fans know that she is like an advice machine in Genoa City. Whenever someone has problems, she pops out of nowhere to show them the right path.

Now, if it is her former lover, why wouldn’t she? Indeed, Sharon will be happy to advise Adam. But the main problem is, that Sharon is also Nick’s ex-lover. How will she feel about this new update? Apart from this, will this advice session grow deeper where Adam and Sharon might feel some romantic sparks between them? We will know that in the upcoming future. Well, if Sharon and Adam come closer, possibilities are there that Nick and Sally might grow jealous. Stay tuned and watch The Young And The Restless, it airs every weekdays on CBS. For more updates and spoilers, visit our website, TV Season & Spoilers.