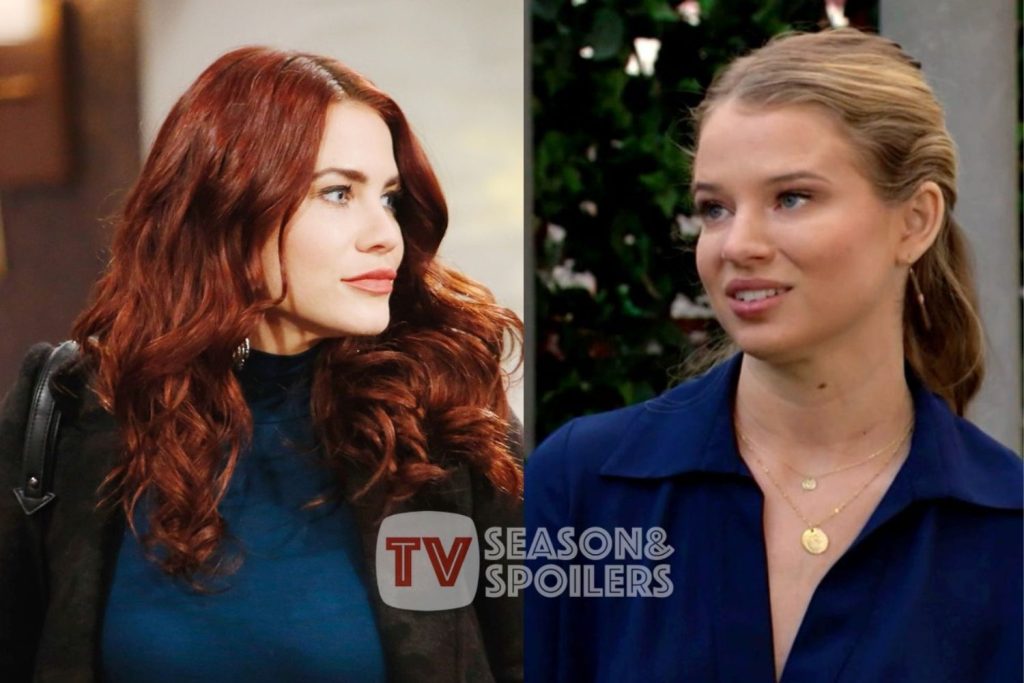 The Young And The Restless: Summer And Sally Make Amends, Nick Plays The Peacemaker

The Young And The Restless: Summer And Sally’s Have Been At Odds

Long time The Young And The Restless viewers know that Sally and Summer have been at odds for the longest time. Sally had partnered with Tara to break Summer and Kyle up, and we must say, that was very devious. However, Sally and Tara, together, were successful for a little period of time, and since then, both these women have been at odds.

In the current scenario on The Young and the Restless, Summer and Kyle are together, happy in their marriage, and managing a business. They have taken over Marchetti and brought the whole fashion business to Genoa City. Now, the latest Y&R spoilers suggest that things might change soon. There are spoilers that suggest that this rivalry between Summer and Sally might come to an end soon.

A video making rounds on Twitter reveals that the long-standing rivalry between Sally and Summer might come to an end soon. In the video, we see Chloe as she pitches Nick, seeking another chance for Summer. It looks like Chloe will hope that Nick speaks to Summer and gets Sally another chance. This would give Sally a chance to work at Marchetti and employment to Sally.

In the preview video, viewers can see Nick as he sits and listens to Chloe’s pitch, amused. Nick is aware that Sally and Summer have been at odds ever since Sally stepped into Genoa City. However, there are spoilers that suggest that Nick will at least try to speak to Summer about it. If things go as Chloe wants, it might be the start of a new friendship for Sally and Summer. Would something like that happen? We will have to wait to know. The Young And The Restless airs on CBS all weekdays. Don’t miss the action.