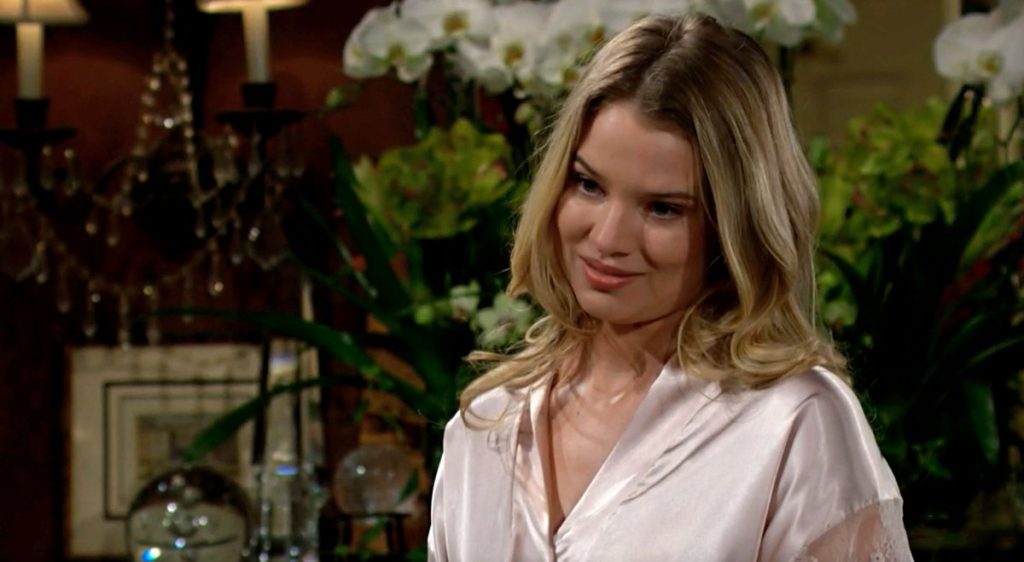 The Young And The Restless: Summer Is PREGNANT? Allison Lanier REVEALS The TRUTH

Ever since Summer and Kyle renewed their marital vows on The Young and The Restless, fans have been voicing that the next step in their relationship should be a baby! The couple, or SKYLE, as their fans lovingly address them, is already parenting Kyle’s son, Harrison. However, viewers and the actors themselves have agreed that it is imperative that Summer and Kyle will eventually want and have a child of their own in the future. Earlier in August 2022, actress Allison Lanier, ha also commented on a Skyle baby in the future!

Looks like The Young and The Restless fans have had that comment in their minds a lot! Recently, on November 29, 2022, CBS shared a few promotional pictures of the Christmas theme on social media. These pictures featured Allison Lanier alongside actor Michael Mealor (Kyle) and child star Kellen Enriquez (Harrison). Some fans were quick to notice that the angle of Allison’s pose and the dress that she is wearing in the picture made it look like she has a baby bump! Speculations soon started doing rounds that either Summer is pregnant on The Young and The Restless, or Allison herself is pregnant in real life!

Summer And Kyle Expecting A Baby On The Young And The Restless?

All the theories going around on social media thoroughly amused Allison. The Young and The Restless star took to Twitter to clarify all the confusion. In fits of laughter, actress Allison Lanier clarified that what fans are seeing in the picture is, in fact, called a “BURRITO baby”. Furthermore, she added that they took the pictures right after lunch, hence the burrito bump! Thus, putting to rest all rumors and speculations of Summer being pregnant

on Y&R. This also clarified that just like Summer, Allison, too, isn’t pregnant in real life. On a side note, the Christmas pictures really are an eye full! Summer, Kyle, and Harrison sure do make a picture-perfect family. And a little addition in the form of a new baby will certainly sweeten the pot more!

Earlier this year, in August, The Young and The Restless actress mentioned a Skyle baby in the future. “I definitely think that Summer and Kyle will probably want to have a baby of their own.” Allison had said to Soap Central

in an interview. However, she did say that it will take some time. Summer and Kyle are too busy with Marchetti and their moms at the moment. Well, we hope the young couple soon finds time to grow their family a tad bit! All the baby rumors certainly got us excited! What about you? Would you like to see a baby storyline for SKYLE in the future? Let us know in the comments. Meanwhile, stay tuned to The Young and The Restless airing on CBS.