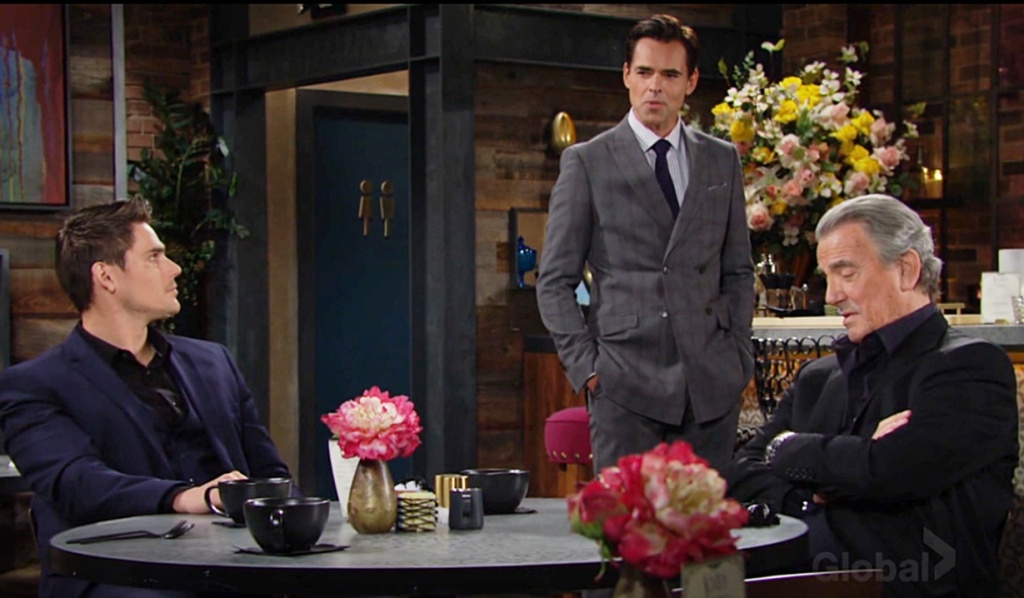 The Young and the Restless Two Weekly Spoilers are out. And it reveals that a lot of drama topped with Christmas festivities are on the way. In the week of December 20-24, Y&R viewers will get to see Jack as he gets furious with everything that Billy is planning. Chance will also feel insecure about something, and he will visibly struggle.

Then, Adam will also call a truce with someone, and Mariah will be shocked. It looks like Tessa will do something that will leave her girlfriend shocked. There will be a lot of Christmas cheer everywhere in Genoa City. So, that will be fun to watch.

As we move into the week of December 27-31, 2021, Nate and Devon will talk about something, and Ashland will get some news. Victoria will crack a deal with someone, and Sally will get furious. What would send Sally on edge? Here is everything to know.

The Young And The Restless Spoilers For The Week Of December 20-24, 2021: Jack Is Furious

Starting off the week of December 20-24, Jack Abbott will give his reaction to Billy’s confession. Y&R viewers know that Billy will tell Jack about his plan regarding Victor and Adam Newman. He will tell him that he wants to get the Newmans to publish a false story regarding him.

If that happens, Billy will be able to sue them. So, when Jack hears about it, he will be furious. Not only will he be agitated with what Billy is doing, but the fact that Lily is supporting him will rile Jack up.

While Jack tries to talk Billy out of his scheme, Chance will continue to scheme. The Young and the Restless spoilers suggest that Chance is trying very hard to settle in his civilian life, but he is still struggling. In the upcoming days, Chance will feel excluded because he doesn’t share a good bond with Dominic.

Since everyone in the Chancellor’s baby squad has had the chance to bond with him, Chance will feel a little left out. Tv Season & Spoilers suggest that Chance will get to see Devon and Dominic’s bond in full display in the upcoming days. So, this will only add to his insecurities.

Coming back to Billy, Y&R spoilers say that he will be able to convince that he really is a drunken mess. With the show he put up at Society, Adam will believe all of it. More Adam-related spoilers suggest that he will promise to give his son Connor Newman a wonderful Christmas. He will call a truce with Chelsea Lawson, and they will all spend the holidays together.

Further spoilers suggest Adam’s father, Vic tor Newman, will confront Sally on her intentions regarding Adam. Victor will accuse Sally of only trying to help Adam because she wants to get romantically involved with him. So, he will suggest that she focus on her work rather than getting involved in other things.

Elsewhere in Genoa City, Mariah will be shocked when Tessa brings up a topic Mariah did not expect. Tessa will talk about having a baby and how they should proceed with it. She will want to know if Mariah only wants a biological baby or will she be open to other options like adoption.

Listening to how Tessa is suddenly ready to have a baby, Mariah will be worried that Tessa is only doing this for Mariah. She wouldn’t want Tessa to do anything just because Mariah wants it. So, she will talk to her about it.

The Young And The Restless Spoilers For The Week Of December 20-24, 2021: Christmas Festivities Begin

Since Christmas is around the corner, the festivities will start in Genoa City. Traci will come back and spread love everywhere. Y&R spoilers imply that reunions and love will be in the air. Owing to the environment, Billy will take a break from all the scheming and give Lily the love and attention she deserves. So, look for characters getting in the holiday spirits.

More related spoilers suggest that Victor will assure Nikki that she is the only gift he wants this Christmas, and Nick will get in the Santa mode for his little holiday adventure. Nick is all set to play Santa for the needy kids. After all of this is done, Nick will get reflective on his past and think about his future. The Young and the Restless spoilers also claim that Nick will meet some familiar faces in the upcoming days.

The Young And The Restless spoilers For The Week Of December 27-31, 2021: Ashland Gets Some News, Chelsea And Chloe Strategize

As we move into the week of December 27-21, Devon will open up to Nate about his struggles. He will tell him how he has been missing Dominic and feeling a void since he left. He might also tell him about his concerns regarding Chance and how he is struggling to settle in.

On the other end of the town, Ashland will get more medical results. He recently came to know that his Cancer isn’t spreading, but he might get some more good news. Will Ashland be okay? It looks like his new treatment is starting to work. So, there is a possibility that he might get cured around the holidays.

While Ashland learns the news, Victoria will bargain with Billy. She believes that Billy is spiraling out of control. So, she will want to make a deal. The Young and the Restless spoilers suggest that the two of them will reach an agreement. How will this affect his plan for the Newmans? Only time will tell.

Rounding off the week of December 27-31, Chelsea and Chloe will start some strategizing and leave Sally out of it. Sally will feel a little irritated when she comes to know about it. Chloe and Sally have been partners in this fashion business.

But now, with Chelsea back in town, she might start feeling left out. However, with her arrival, things will change a little. We will have to wait to see what she does and how she does it. The upcoming episodes of The Young and the Restless will be full of action and drama. So, make sure you tune in and enjoy.