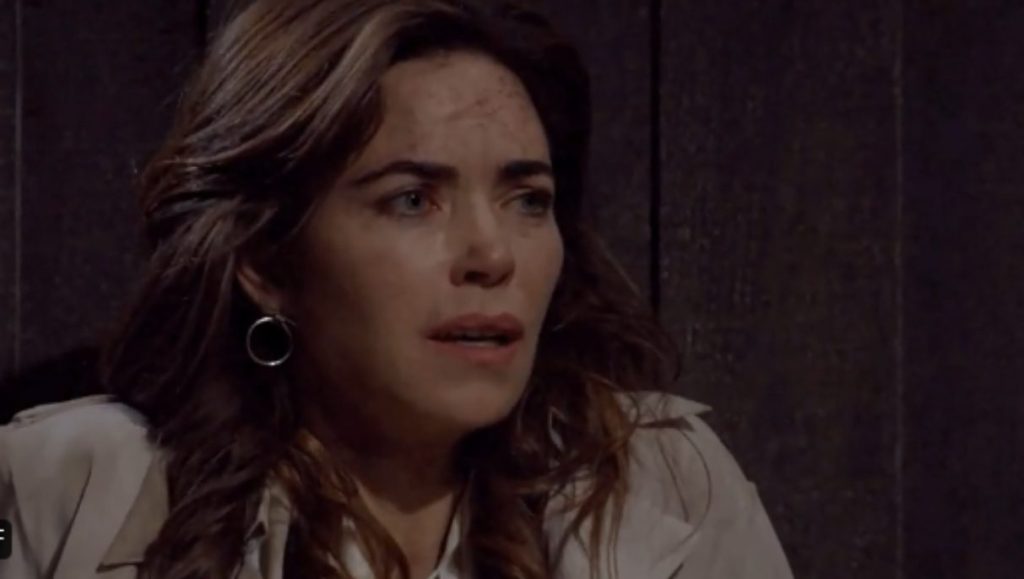 The Young And The Restless Update For Friday (April 22, 2022): Victoria Juggles With Her Feelings, Chelsea Sobs

The Young And Th Restless update for Friday, April 22, 2022, tease that Rey won’t survive his fatal fate. Chelsea will be emotionally unstable after learning about Rey’s death. But Adam will console her.

While Chelsea sobs, Victoria fights with her feelings for her husband. Further, Rey’s death will affect her. So, she has to manage everything under control. But will she be able to? Keep reading to know.

The Young And The Restless update for Friday, April 22, 2022, suggest that Victoria will find herself in a dramatic situation. She was ready to live a life without Ashland. However, she’s touched by how Ashland risked his life to save her. It will lead to some complications and conflicted thoughts.

Rey’s death will also affect her. No doubt, it was Rey’s car that skidded first. But Victoria will regret driving in the fog. While Victoria is dealing with this, Victor will show up and be furious when he sees Ashland near his daughter. Although Ashland saved her life from the burning car, it won’t change Victor’s mind. He may admit he’s thankful for Ashland’s gesture but will ask him to leave the city.

More related spoilers suggest that Ashland may be hopeful that he can convince Victoria and won’t follow up with the deal. During the week of April 25-29, he will insist to Victoria that he will stay honest with her if she gives him another chance. But it won’t be easy for her to do so.

The Young And The Restless: Chelsea Mourns On Rey’s Death

While Victoria deals with Ashland, Chelsea will get the update about Rey’s car accident. It will greatly affect Chelsea since she considers Rey as her good friend. She will also wrestle with her guilt since he headed home to bring the hockey game tickets when the car crash happened.

She will also think that she should have canceled the trip as it was foggy. Now she will struggle to tell the entire truth to Connor, who loves to be around Rey. But Adam can help her in this. Being Connor’s father, he will show concern for Connor as well as Chelsea. He will try his best to console sobbing Chelsea.

So, there could be some close moments between Adam and Chelsea. On the flip side, Sally will learn about this and feel worried. But Adam will hope that Sally will understand that Chelsea needs him. But she won’t be at ease since Adam and Chelsea share a baby together and have a past.