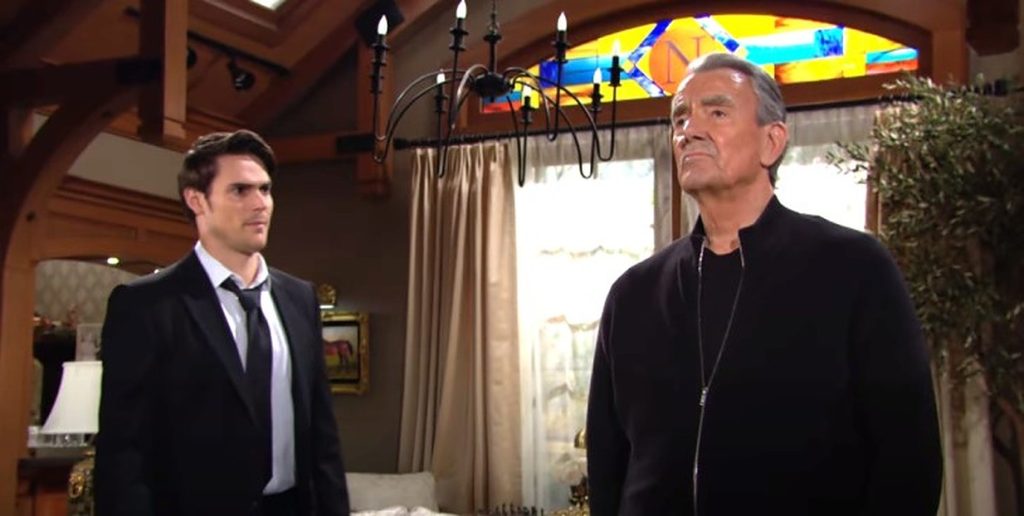 The Young And The Restless Weekly Preview (December 19-23, 2022): Danny Is Back, Victor Spells Adam’s Fate

The Young And The Restless Weekly Preview for December 19-23, 2022, promises a really exciting week for the viewers. For starters, Michael Damian fans won’t have to hold their breaths any longer as Danny is back in Geona City! Daniel will get an exciting Christmas surprise when his doorbell rings. Meanwhile, Victor hints that he is open to burying the hatchet with Adam, but only if… Well, dig in deeper with us in the article to find out what Victor’s conditions are!

Daniel Gets A Christmas Surprise, Mariah And Tessa Have Big News

The Young And The Restless Preview for the week of December 19-23, 2022, reveals that Daniel Romalotti is going to be over the moon with an unexpected surprise. The doorbell rings, and when Daniel opens the door of his hotel suite, it’s his dad right in front of him! Daniel is thrilled to see his father standing in front of him, and the Romalotti boys share a warm hug. Danny is visiting Geona City over the holidays. He wishes to spend Christmas with his son. Other than his son, Danny will surely bump into a lot of familiar faces in town. After all, the former rockstar has quite a history with women here! (winks)

Meanwhile, at Crimson Lights, Mariah and Tessa bump into Sharon. The two ladies have an exciting update to share with Sharon. The Young And The Restless Weekly Preview shows Tessa divulging that she and Mariah are soon going to meet a pregnant lady to discuss the matter of adoption. Maybe finally getting a baby will be their Christmas miracle! Hopefully, the new year will bring in big good news for the couple. However, other Y&R spoilers indicate that Mariah will not be very happy about Tessa sharing the news with Sharon. Perhaps, she thinks it’s too early to be telling about it to people. And that it would make more sense to open up about it when the matter is more concrete.

The Young And The Restless Weekly Preview for December 19-23, 2022, reveal Nikki and Victor having a discussion about Adam. Victor tells Nikki that it was Adam’s own decision to turn his back on them all. Thus, if he wants to enter back into the Newman fold, then he is going to have to make the first move. However, there are other Y&R spoilers that suggest that Victor himself wants to clean the slate with Adam and start fresh. Perhaps, the Moustache will have a change of heart later. Or, maybe Nikki may convince Victor to be the bigger person and extend an olive branch to his son over Christmas.

Moreover, there is also a chance that Adam might have an awakening of his own on The Young and The Restless. The holidays, after all, are a time of family reunions, so he may feel the angst of being away from his. Maybe the father-son both end up taking one step toward each other and set the stage perfectly for a Christmas miracle between them! It would be really nice to watch it, though! So stay tuned to The Young and The Restless, airing weekdays on CBS. Meanwhile, watch the preview video below.