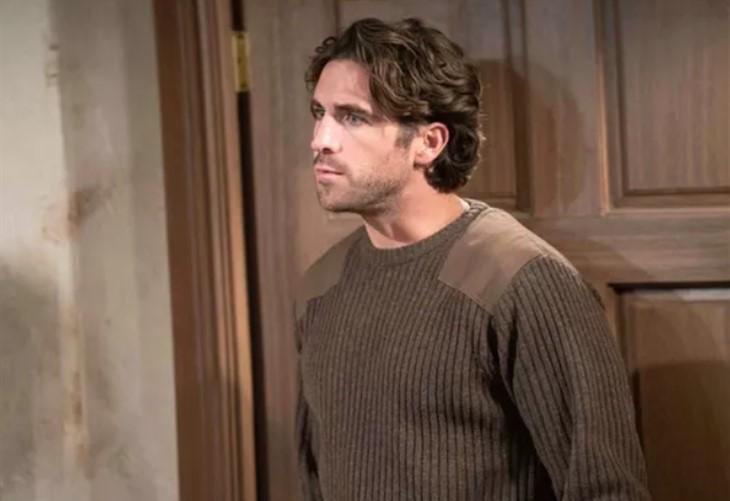 The Young And The Restless Weekly Preview (January 24-28, 2022) Is Out! Chance Breaks Down, Victor Pushes Adam’s Buttons

The Young and The Restless preview video for the week of 24-28 January 2022 is out. And it reveals that viewers will get to see some mind games in action. First, Ashland and Michael will sit down to have a discussion. Next, Devon shares some good news with Lily Winters.

Viewers will also see Chance breaking apart when his past comes to haunt him again. Finally, rounding off the preview will be Victor pushing Adam’s buttons. What would he do? Here is everything to know.

The Young And The Restless: Ashland & Michael Sit Down

Starting off the preview are Michael and Ashland sitting down for a discussion. At the society, Ashland will think about how Michael has always lived up to his name and reputation. When Michael meets Ashland, he tells him that he hasn’t been around long enough to know much about him. Ashland contends that he might surprise Michael.

Primarily, they will let each other know that they are keeping an eye on each other. However, Ashland doesn’t know that Michael will be helping Victor investigate his health. Regardless, Ashland will sense some trouble and tension after the discussion.

Devon Has A Good News

Next in the preview video is Devon sharing some exciting news with Lily Winters. After Devon tells her that Abby has agreed to his shared custody terms and conditions, Lily will be glad. Devon will also tell Lily a name change that will honor Neil Winters. He will address that his son will carry forward Neil’s legacy.

Now that Dominic is an official family member of Devon’s family, he’s happy that the baby’s name will reflect that. Dominic Philip Newman-Abbott-Winters-Chancellor would be the baby’s full name, and Devon will certainly be the happiest after the inclusion of Winters.

The Young And The Restless: Chance Is Distraught

Over at Chancellor Mansion, Chance will be heartbroken as he reads a letter. He will be sitting shirtless on the sofa at midnight as he read the letter. The preview video sees Chance really troubled. Abby sees him and rushes over. She asks him what’s wrong but Chance sits there continuously staring at the letter.

This letter most likely is from Kim Dunaway who could be congratulating Chance on starting his family. Maybe Chance breaks down because the letter reminds him how he failed as a father. Alternatively, the letter could also be from the comrade. The letter would remind him of his lost team members.

It could be anyone, and Chance will have a hard time dealing with the ghost of his past. Furthermore, there are speculations that Abby will make another difficult decision. That decision could be related to some sort of treatment plan to help Chance.

Rounding Off the preview video is Victor as he tells Adam that acquiring Newman Media would be a formidable company. It would make Newman-Locke the Powerhouse in the media business, but Adam will question what this would mean for him. Adam is concerned that Victor might hand the fashion platform to Victoria and stab him in the back.

Y&R fans know that Victoria has asked Victor for collaboration. She wants Newman-Locke and Newman Media to work together in the near future. So, Victor will look into it. However, it will also create differences between Victor and Adam in the process.

Y&R fans are in for some game-changers in the upcoming days. What will Abby do for Chance’s treatment? Will Victor be able to find out the secret that Ashland is holding? So stay tuned in and enjoy. Tv Seasons & Spoilers will keep you updated with all the happenings of the soap. The Young & The Restless airs on CBS all weekdays.