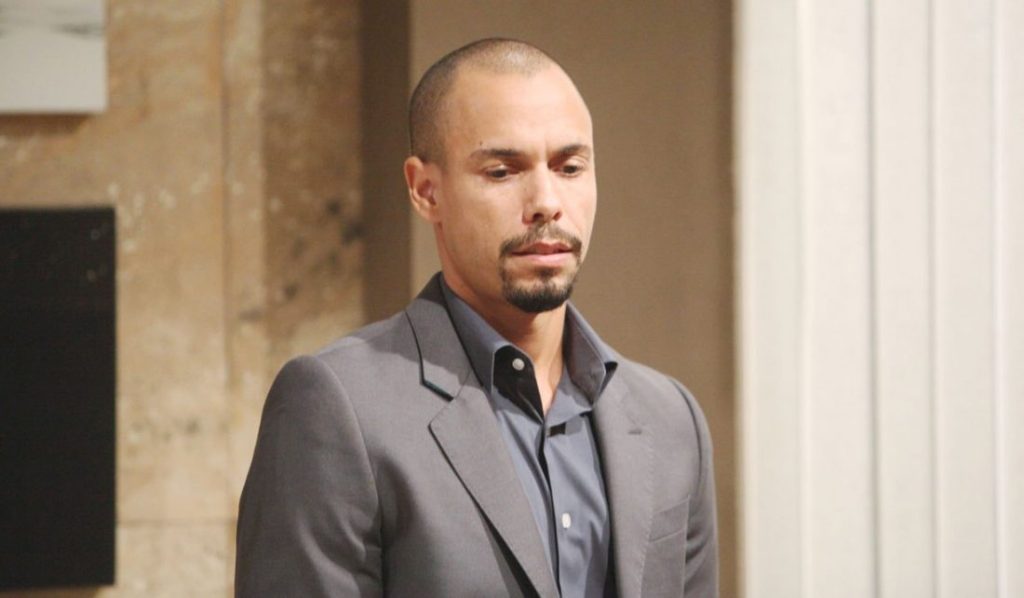 The Young And The Restless: Will Devon Get To Keep Dominic? New Possibilities!

The Young and the Restless spoilers suggest that Chance’s homecoming will put Devon in a dilemma. Devon feels a special connection with Dominic. But if Chance returns, things are definitely going to change in Devon’s life. The Y&R fans know about Devon’s attachment with his son Dominic. So he might even fight with Chance and Abby for Dominic’s custody.

However, more spoilers reveal that Chance might arrive having Amnesia. Hence the viewers can expect a lot of drama on the soap. Will Chance forget that he has a son? Will Devon take this as an opportunity? It is likely.

The Young And The Restless Spoilers: Devon Loves Dominic A Lot

The Young and the Restless viewers know that Devon had only fathered Dominic but over the past few months, he has developed a connection with the baby. He now loves and even wants to step up as his official father. After Chance’s presumed death, Dominic is left without a father. Hence Devon wanted to be there for his son. Devon is undoubtedly obsessed with Dominic and can do anything to make him happy.

The Young and the Restless fans who have been keeping with the soap know that Abby left Dominic with Devon. She requested him to take Dominic’s care as she went to Spain in search of Chance. Hence currently, Dominic is with Devon in the penthouse. But now Devon is really close with Dominic, and he loves him to eternity. So we can definitely expect Devon to take extreme steps just to be with Dominic.

Chance left Genoa City for a secret mission without meeting Abby but never returned. Later, Abby was told that he had presumably died, but now Chance is returning, and spoilers suggest that it will put Devon in a dilemma

. Currently, Dominic is living with Devon and Amanda in his penthouse. Devon made a small family with him.

But Chance’s arrival will destroy his happy family as Chance is Dominic’s official father. Chance will definitely take Dominic with him, but what about Devon’s emotions? Devon will be in a constant dilemma figuring out how to keep Dominic with him forever. Will he take any severe steps? It is expected.

The Young And The Restless spoilers: Chance Has Amnesia, Devon Spends More Time With Dominic

The Young and the Restless viewers might remember Amanda’s suggestion when she told Devon about changing the surrogacy agreement and taking Dominic’s custody. But Devon completely disagreed with her. However, now there is a possibility that he might give it a thought as Chance is coming back, and he will surely take Dominic away from Devon. So he might fight for Dominic’s custody.

Although, there is one more speculation about this whole situation. Soaps.sheknows.com speculates that Chance might come back with Amnesia. Hence, Devon will get a chance to spend more time with Dominic. Looks like he won’t need to fight with Chance and Abby for Dominic’s custody for a while.

So will Devon fight for Dominic’s custody? or Will he just get Dominic without any drama? Will Chance even forget Dominic? Whatever the case might be, the viewers can expect a lot of dramatic scenes on their way. So, stay tuned and keep an eye on this space. Tvseasonspoilers.com will keep you updated with all the news about The Young And The Restless as it surfaces.