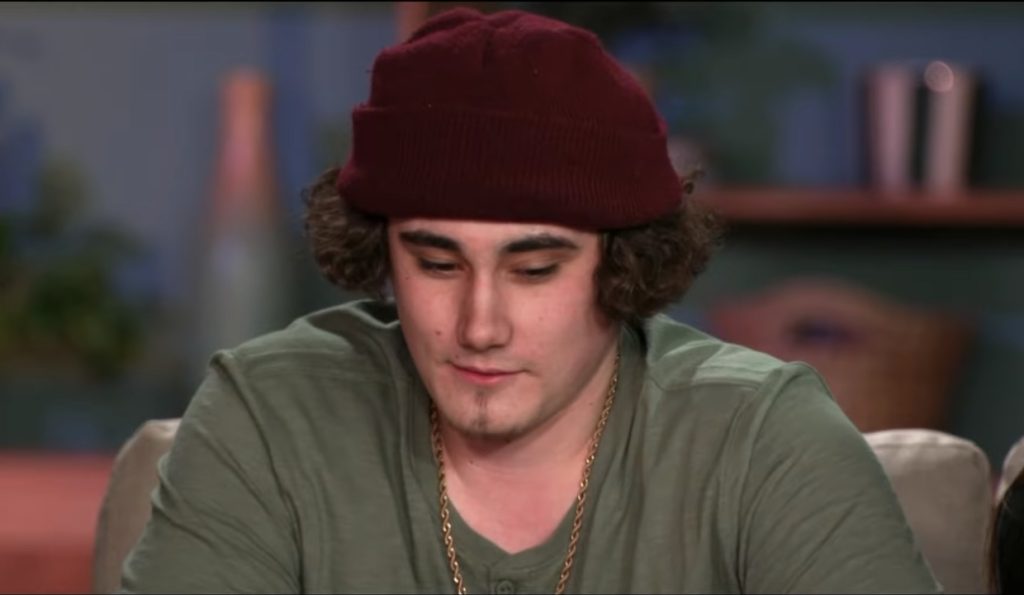 Jason Korpi became a very popular name after starring in the TLC Unexpected franchise with his girlfriend, Kylen Smith. Both of them started their journey off on decent terms. However, their storyline got very dark by the end. The teenage dad wouldn’t let his partner be on epidurals during the delivery and told her to “hurry up” instead when she was in labor. Fans were very outraged by this behavior and began schooling the man for misbehaving with his girlfriend. Now, the star has revealed through a TikTok video that he has been diagnosed with Borderline Personality Disorder! Keep reading to know more details about this and the way fans reacted to this disclosure.

Jason Korpi and Kylen Smith created an impact on the audience after starring in TLC Unexpected Season 5. Both of them were under deep waters for atrocious acts. As mentioned above, the former was very rude to the latter when she was in a lot of labor pain. Apart from denying her epidurals, Korpi also misbehaved with the hospital staff, and they kicked him off. The man believed his baby would be “drugged out” if Kylen took epidurals. Fans shunned his irrational way of thinking. They wanted TLC to fire the 18-year-old from the show. However, he continued to be arrogant as ever, even during the Tell All, and wanted fans to give him credit for increasing show ratings.

While Jason Korpi is not so active on Instagram anymore, he posts a lot on Tiktok. Lately, he put up a strange video to share something important from his life. It turns out that the TLC Unexpected star has BPD, which stands for Borderline Personality Disorder. As per Mayoclinic, it is a mental health issue that affects one’s “thinking” and “feeling” about oneself and others. It also causes problems in everyday life functioning. While smoking in the video, he put up a caption saying, “BPD at it’s finest”. Hence, viewers took to the Reddit section to discuss this matter. The fans were still furious at Jason, and this reveal didn’t get him a soft corner.

A lot of people stated they know people with BPD. However, they have never acted as vile as Jason Korpi. Hence, the young celebrity shouldn’t cling to it to justify his unforgivable acts. Lots of Redditors continued to school the TLC Unexpected star through the comments section while proving his disclosure didn’t diffuse the tension or earn him a place in their good books.

TLC Unexpected: Jason Korpi Acting Like Dad Of The Year! Viewers Troll Him

Jason Korpi has become one of the most despised castmates from TLC Unexpected. Many women felt uncomfortable after seeing how he treated his girlfriend Kylen during labor. They immediately wanted him off the show and even wrote to TLC for the same. However, it was of no use. He and his baby mama made an appearance and said they did toxic things to each other out of “love”. At last, Jason also shouted out to his “haters” for making him famous through the show. That’s when fans realized there was no point in schooling the teen celebrity as he has not come to terms with his mistakes and was delusional.

Jason had also put up another video on his TikTok handle. It was in honor of his son Xavier turning one year old. It was a compilation of a lot of pictures of the father-son duo and also his partner, Kylen. He used a bunch of hashtags to make the video viral, including “teen dad”. Hence, the fanbase began to say that Jason was trying to act like “dad of the year”. It was of no use to them as they had seen him do a lot of problematic things during his TV debut on the reality show. Hence, they wanted him to take accountability for his actions. But the man refused to respond to such comments. Keep checking more TLC Unexpected updates only through TV Season & Spoilers.