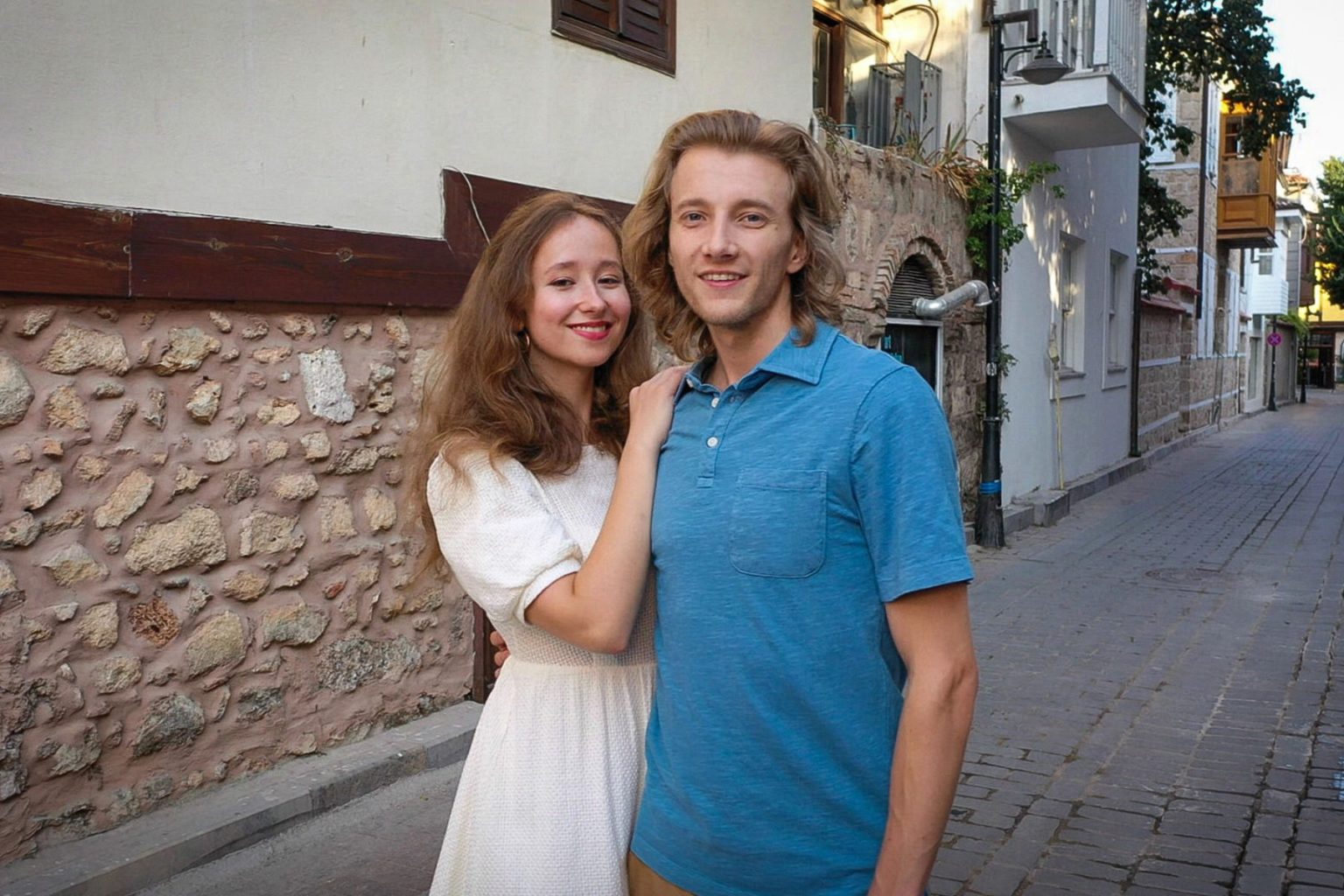 90 Day Fiance star Steven Johnston is already pricky to the eyes of fans because of his weird behavior. Moreover, there is another shocking news about Alina spending “the night” with Steven in the row which is creating more buzz. Steven and Alina spent their first night without their moms. And fans are banging their head with worry as the night turned out to be a nightmare.

Steve has a very controlling nature towards Alina. This is to the extent where people have started wondering why the hell is she even considering him. Many viewers think that 20-year-old Alina deserves someone better. Meanwhile, Steven and Alina are finally reunited and are together in Turkey. Since the pandemic caused borders to be locked down, they had to meet in Turkey to get married before moving on to Russia.

The duo does not seem to be in a healthy relationship, according to the viewers. This is because Steven has his own beliefs, which make the fans pity Alina. After seeing how shocking their first night together was, fans are distraught if Alina can survive with the 25-year-old Steven. What was so strange? Why are viewers worried about Alina? Keep scrolling to know the story!

As Steven and Alina are together in Turkey now, they spent their first night without their moms. Opposite to what fans expected, the night had no romantic notion and no expression of love. Alina convinced Steven not to take a hostel and could live in the same apartment with different rooms. Steven said that it’s the first time the two were living together alone and it felt good.

The night started in the usual abnormal behavior of Steven. It will sound hilarious that Utah native Steven asked Alina if he could remove her footwear. Fans might expect that there is something sweet coming up to the event, but to their disappointment, the man started reading the Russian Bible. Whoop! There are no words to describe this abnormality that Steven carries ALL THE TIME in his pocket. After that, they went to their separate rooms to sleep.

Moreover, as Turkey is quite a novel place to Alina, fans worry that Steven might leave her alone someday. This is concerning for Alina’s safety. She is a naive young girl. And Steven doesn’t seem to understand this responsibility well.

Alina seemed to be disappointed with her first home-alone experience with Steven. According to Cheatsheet.com, she said “I imagined the first night in Turkey differently. I thought Steven and I were going to cuddle before sleep, and I thought it was going to be much cuter.”

What UNUSUAL Habits Of Steven Have Sickened Viewers?

90 Day fiance celebrity Steven Johnston faces tough times at viewers’ hands. The star started his journey in Season 3 with his Russian girlfriend, Alina. The two sh are a bizarre relationship, and much to it are the uncanny habits of Steven.

The 90 Day Fiance personality, instead of saying the word ‘sex’ in front of Alina, called it ‘SKOODILYPOOP. This is hell weird! In addition, Steve has booked separate apartments before the two get married. This is to avoid having sex. Steve says that if he lives with Alina under the same roof, he will lose his control.

Fans think that Steven is very controlling in nature and has irritated them to the core. Many fans have slammed him brutally for being this way. Moreover, people are questioning why the 20-year-old Alina is still in a relationship with him.

It remains skeptical that Alina will be able to make up with this guy. Do you think the two are each other’s soulmates? Let us know in the comment section.