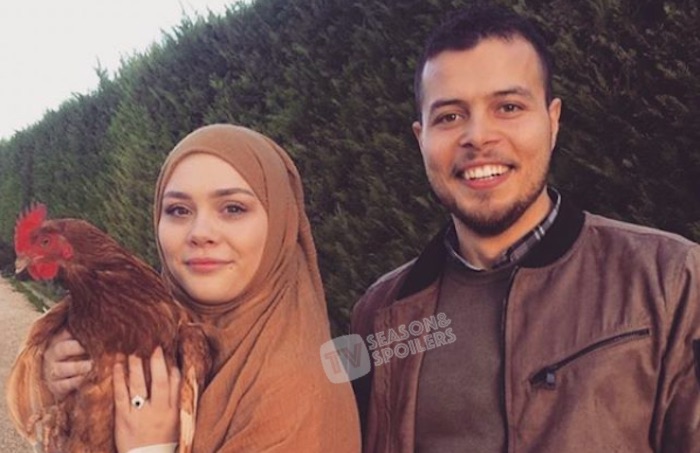 ’90 Day Fiance’: Avery Reveals She Is Facing Discrimination For Wearing A Hijab

When Avery and Omar made their first appearance on 90 Day Fiance, they were already deeply in love with each other. When Avery first traveled to Syria to meet Omar, the couple tied the knot. Despite all the cultural barriers and the massive distance in their native places, the young couple is happily married. However, in this world, there is always room for discrimination. Avery reveals that she faced some discrimination at a local store. Let’s take a look.

90 Day Fiance: Avery and Her Conversion To Islam

Avery converted from Christianity to Islam. Even though her decision didn’t go well with her mom, she said that she thought it was necessary to keep her on the right path. Since then, people have been giving out detrimental reactions to her hijab. She took to social media to narrate how she faced discrimination at Walmart because of what she was wearing.

Two native Walmart workers discriminated against her because of her faith. In early January 2020, she went to Walmart, and she could hear two workers talking about how the US used to be. They also said that Trump needs to take the thrash out and then looked at her. The staff also made some false assumptions about her luggage as well as funds.

She stayed out of the matter and continued shopping. They also assumed that Avery didn’t understand English. One of them pointed at her and said that she probably couldn’t afford all that she is buying. Another one said maybe her welfare check from their taxes helps her out.

Avery then confronted the discriminatory workers and revealed that they got fired for non-secular discrimination. She also said that Trump didn’t need to take out the trash because she did. Considering that she has been receiving a lot of hate on her faith, this was a bold move. One of her statements also implied that the workers tried to be nice afterward. But by then, it was too late, and their behavior cost them their job.

Some fans offered encouragement and compassion to Avery. On the other hand, some shared their own experiences of discrimination based on spirituality and faith. One Twitter user mentioned that her strength of character is impressive, and this world needs more people like her. However, some skeptic fans thought that she was lying to get attention. So,

90 Day Fiance alum Avery made another post for them, pointing out that lying about two Walmart workers harassing her won’t do her any good. She also expressed her regret over posting the incident online.