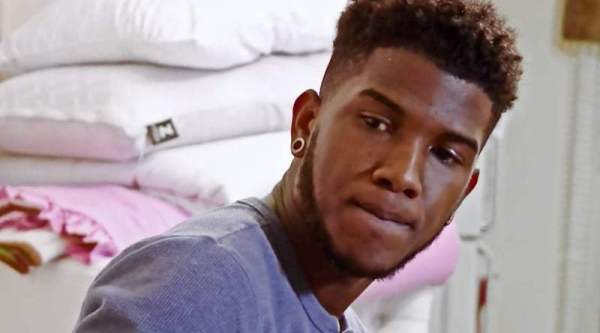 90 Day Fiance: Jay Smith Has To Be In Jail After PFA Trial, Not Getting Deported

90 Day Fiance Star Jay Smith’s hearing was scheduled on 16th July. There are some results that can tell us what’s going on. Even though he hasn’t got the clean chit yet, there are some more formalities he has to go through. Let’s take a look.

Raine Smith recently posted on Instagram that they are going to have to wait some more. However, it’s going to be worth it. She said that Jay is not out yet. But all hope is not lost. As always, she again targeted Ashley in another post. She revealed that the judge didn’t find Jay guilty of anything. But they have ordered that Jay is not supposed to contact Ashley for at least one full year. However, her brother is still in the lock-up. It turns out that his bail hearing is postponed again. She addresses Ashley as thrash and asked her the reason for more and more lies.
https://www.instagram.com/p/B0CePkOnEJX/?utm_source=ig_web_copy_link

The reason behind another postponement for Jay’s bail is that both bail bond and PFA trial was on the same day. One had to take place in York and the other in Cumberland. Both places are an hour away. Jay couldn’t reach the bail hearing on time. When it started, Jay’s PFA hearing was still in progression. Raine has mentioned that she will do more edits if she gets more info and will keep updating the fans.

90 Day Fiance: Jay Is Hanging In There

Another delay is likely to have caused more frustration for Jay. According to the last update from Jay’s friend Kayla, he was positive the last time she spoke to him. He managed to do some important phone calls. Jay has also managed to stay composed the entire time he was in prison. He is reading books and is thankful for the support of his friends, family, and fans. However, he was depressed but trying to put on a brave face.

90 Day Fiance: What Got Jay Into This Mess?

Jay cheated on Ashley for the second time and she kicked him out. But when she went on a vacation, he broke into her house. When Ashley filed a PFA against him, the police instructed Jay not to talk about it on social media. However, he violated his PFA and had to hand himself over to the police. Even though the judge dropped the charges, the ICE took him into custody.
Kayla and Jay’s sister are trying their best to keep him in the US. Ashley recently took to Raine’s DM on Instagram to threaten her about her visa cancellation. However, Jay’s sister is no far behind in exposing Ashley’s actions. The feud might have a role to play during deciding whether Jay should be deported or not. We have got a little more waiting to do. What do you think will be the end result of Jay’s trial? Let us know in the comments below.