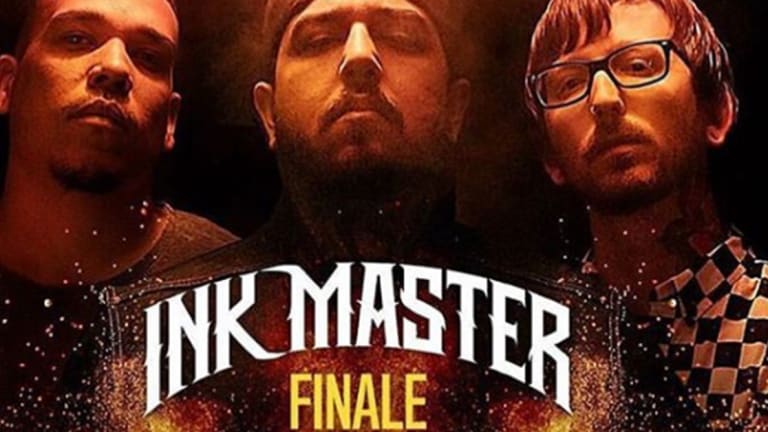 Ink Master Season 12: Renewed Or Cancelled? When Will It Release?

The finale of Ink Master’s eleventh season was wild, All of the three final contestants have had mastered their tattoo-making art by the end. But the winner had to be chosen and hurrah! Tony Medellin wins the game. Now that the previous season has come to its conclusion, fans are anxious to know if ‘Ink Master Season 12’ will happen or not?
Despite being one of the most commercially successful reality shows on Paramount Network, Ink Master Season 12 is yet to be renewed. It surprisingly garners a massive viewership count which grew over the years of its run. Even if the television network delays the renewal, it’s certain that Ink Master is not a show that may get cancelled very easily. The show wins itself tons and tons of positive reviews and fans that won’t accept its closure.
Ink Master features various artists competing against each other to win the grand title. The contestants fight in multiple challenges to prove their skills. The judges assess them on multiple aspects of tattoo-art. The one who succeeds to impress them and the audiences, becomes the Ink Master. Moreover, the winner for each season receives a $100,000 prize.

The highly popular show debuted back in 2012. Over the course of seven years, Ink Master successfully runs for eleven long seasons. It is soon moving close to Season 12 and admirers of the show now have higher expectations. We hope that it soon gets a renewal, in order to bring another tattoo-making talent to light.

Each season of the reality TV show brings new contestants to the table. However, Ink Master is also known to bring back many of the former competitors to the game again. Many of the viewers object that this seems pretty unfair for the newcomers who have to build up their reputation on the show from scratch. The showrunners spend much time on establishing known faces on the screen which sometimes gets disrespectful for the new candidates. Fans hope that Ink Master Season 12 gives distinct opportunities to new contestants than to the former ones.

What Will Happen In The Next Season?

Being a reality show, Ink Master does not follow a script. Though, it has a basic format of tasks and events that have been followed since its debut. The set of tasks will remain the same and each season starts with a Flash Challenge. The contestants have to pass many such challenges to get to the next level. The competition becomes intense as soon as we reach the finale.
However, even if the format remains the same, the showrunners tend to include many new challenges and activities with new themes every season. These activities vary according to the festivals and occasions or even depends upon the appearance of special guests on the shoe. The new season is expected to have many such challenges, and hopefully, they will be as fun as all the other seasons so far.

As per the show’s format, we may get to see a few former contestants in the new installment. Though, any of the names are not yet discussed by the showrunners. However, Ink Master Season 12 will undoubtedly bring back the judges of the reality series. Former ‘Miami Ink’ cast member Chris Nuñez will return to assess the competitors on their tattoo-making talents. Oliver Peck, the popular tattoo artist, will join him as the primary judge.

Moreover, as observed in all the previous seasons, Season 12 of the reality show is sure to welcome many interesting guest judges. Many of which may include various celebrity tattoo artists. The upcoming installment is going to be extremely exciting.

Ink Master Season 12: When Will It Release?

Ink Master currently has a notably high viewership count. The show usually takes four to five months to complete its telecast. Moreover, the showrunners do not take long to air a new season. Hence, as per the release pattern, we can expect Ink Master Season 12 to premiere around July 2019. However, Paramount Network is yet to announce any official date for the release.
Ink Master is one of the most successful reality shows on Paramount Network. The reality series has been a huge commercial success and gathers a large number of youngsters to their television screens. We hope that the network renews the show and Ink Master Season 12 turns out to be as exciting as all the previous seasons of the show.