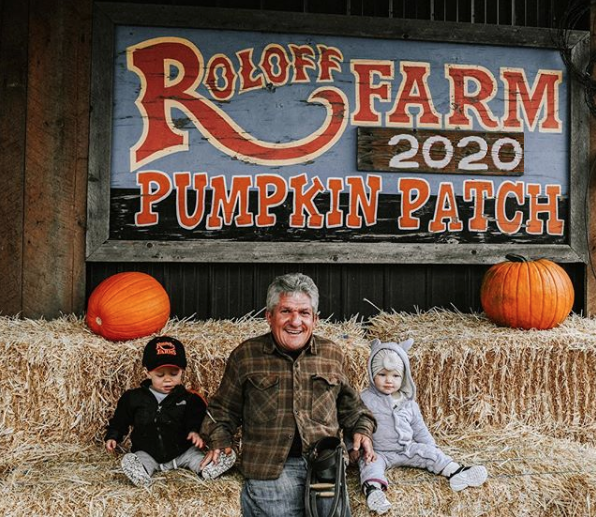 Little People Big World: Roloffs Conclude This Year’s Pumpkin Festival, Reveals Why He ‘Expected The Worst’ Season Of All Time

Little People Big World famous Roloff Family concluded its Pumpkin festival for this year. With the global pandemic affecting the world, we assumed that there won’t be any Pumpkin fest this year. And why not? After all, the ongoing global pandemic has still not stopped putting us in dread. So it was safe to believe that Roloffs might not have their favorite time of the year. However, they did have it, in a pretty grand fashion despite Matt expecting the worst!

The veteran viewers of LPBW would know that the Roloff family is particularly excited about the fall season. They are busy welcoming the visitors on their farm for taking delight in the pumpkin purchasing and other activities. However, after the pandemic came into full effect, we were not sure about the Roloffs organizing this year. But after concluding this season, Matt shared his worst fears and unexpected positive response.

Matt put up an Instagram post featuring a bunch of photos from the recently held Pumpkin Festival. He started off by saying that November 2 is his favorite day after November 1 with a smiling emoji. Matt explained that this day marks the end of the festival and beginning of new possibilities. He thanked all the people who helped make this 2020-Covid style pumpkin season a resounding success. Matt shared that he expected for the worst. However, the overwhelming response made him very happy and content.

Oh boy… where to start.. when anyone ever asks me what’s my favorite day of the year I never hesitate to say Nov 1st. Ok ok so today 11/2 is my second favorite day. :)). It marks the end of Pumpkin Season on our farm and the start of many new possibilities …This year we So many people to thank you for all of you that you did to help make our 2020-Covid style pumpkin season such a huge success here at @rolofffarms. The roloff family, our amazing staff and all the incredible guests we get to hosts from all over the world. We were so impressed with every single person that visited us this cray cray year. We braced to see the worst in people and instead saw the very best! So many came, had fun, stretched their legs, got some fresh air , played safe, enjoyed the crisp Fall air , saw the farm in a way that they’ve never seen before and yes… enjoyed the little surprised we planted at every turn. We hope to see many of you on upcoming episodes of little people big world due out Next year. Thank you all (a very few exceptions) for being conciencious and keeping my family, our staff and all the other visitors as save as possible by wearing your masks and social distancing like we had prayed for. To all of you that weren’t able to make it to The farm this year… there is always next year… hopefully back to some normalcy by then. Now that the season is behind us… it’s off to Cabo for some well deserved sunshine and relaxation.. #lovelove #toall #staysafe #keephopealive #2020abummer #alwaysnextyear #tagallyourrolofffarmsphotos #rolofffarms-2020

Matt explained about witnessing the crowd on the Roloff farms. He wrote about people stretching their legs, unwinding in the fresh air, taking a tour of the beautiful farm, and enjoying themselves. Matt teased some of the people to appear on the next season of the TLC show. He further thanked all the visitors for being responsible and conscientious. They wore masks and practised social distance thus keeping everyone safe around them.

The reality star also said that for those who couldn’t make it to the farms this year, there’s always another year! Matt signed off by revealing that he would be off to Cabo for some sunshine and relaxation. Well, after all this time, the family truly deserves that! The fans are now looking forward to a rocking season 22 that would appear on the network likely in 2021.