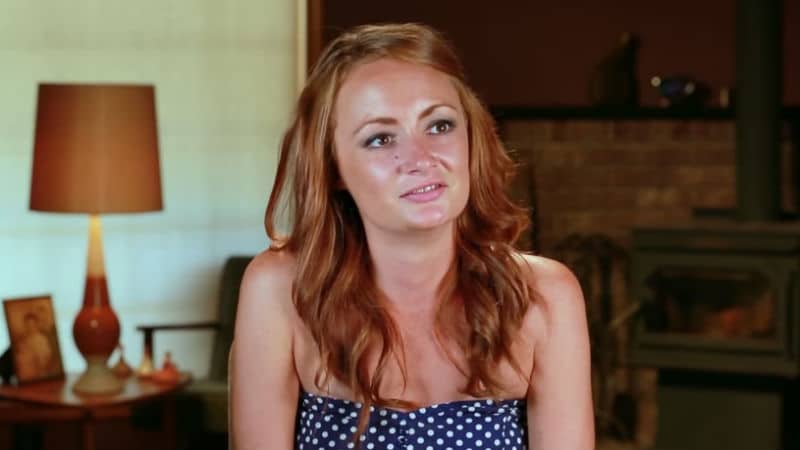 Love After Lockup: Updates on Caitlin's Second Husband and Matt

According to the reports, ‘Love After Lockup’ star Caitlin married twice before dating the ex-convict, Matt Frasier. But there is more to the story. To everyone’s shock, she is still married to her second husband.

A Little Background To The Whole Fiasco

The two married in June 2008 in Washington. Since their marriage, there has been no record of getting a divorce in the state of Washington. After tracking the second husband, he confirmed that the two are still legally married. He shared that two were trying to get a divorce, but Caitlin ended up deleting her social media pages. They only communicated through Social media, and she ended up removing those too. This explains why he was unaware that she was on Love After Lockup.
The husband commented that he received a call from a family member explaining the situation to him. The whole scenario led him to laugh until he cried.

What Exactly Happened Between The Two?

The husband shared that he was totally into her and was ready to take care of her son back then. Her son was merely a baby when they had met. So, when Caitlin didn’t know who her father was, her second husband was more than happy to step in those shoes. He wanted to take care of both of them.

Caitlin married her second husband in a junky chapel with fake vines and flowers. Her mother was there to attend the ceremony. The reason why they split was a Toby Keith concert. He bought two tickets and came home early from work to surprise her. But Caitlin went into a fit and started to fight with him for no reason. She then said that she was feeling sick and went off to the concert after lying that she was going to her friend’s place.  She went to the concert with some other guy. What’s more, is that she ended up spending the night with him.
The husband adds that he left the next day after sobering up. And, all of this happened with only one month into the marriage. Caitlin had custody of her son and was living with her grandparents. He contacted Matt to get the divorce papers in orders. But it turns out that Caitlin and Matt are no longer together.

Love After Lockup: What Is In Store For The Fans?

Megan and Michael are dating who married Sarah. While Brittany and Marcelino are dating, who annulled his marriage in October last year. He married in 1999.
Although it is still not clear whether Marcelino’s or Caitlin’s wedding will pop up on the show or not. But Caitl in’s storyline is up to date with Matt’s arrest earlier this year, bringing down the chances of fitting in a wedding.
What do you think will happen next? Will Caitlin be able to get her divorce in order? Will she get back with Matt? What if things might take a different turn? Do let us know what you think in the comment section down below.