Fans have been keeping their fingers crossed about the fate of Ben. As we know, Eve has been keeping tabs on him and is pretty much determined to put him through hell. However, his memory hasn’t been loyal to him lately until now. According to Days Of Our Lives Spoilers, Ben is going to recall a startling detail about the cabin fire that has the potential to change the course of the current storyline.

He killed Paige, the daughter of Eve when he was sick. Now, Eve is the police commissioner. She has the power to bring him down, and she is planning to do her best to achieve that goal. Once, when Ben ran into Eve, she attacked him and almost railed him. Since then, Ben has been hoping never to run into her again. On 29th May, the episode is going to be packed with thrill and action.

Days Of Our Lives Spoilers: Ben Pointing the Finger At Claire

When Ben encounters Claire, everything changes. He recalls something which is still not crystal clear. However, the detail is pretty major as he goes straight to Ciara. But the big question is whether Ciara will believe that her niece could do such a bad deed. Claire tends to go dark and do evil deeds in her fits of rage. That does make her a prominent suspect. It is likely that Ciara won’t believe Claire can be involved in something like this. So, Ben will turn to Marlena for help.

In the latest #DAYS, as Tripp and Haley get closer, Claire turns to Eve for help. https://t.co/ZsCmioRrzb pic.twitter.com/lr17AwMtkZ

Days Of Our Lives Spoilers: Can Marlena Help Ben?

Earlier, when Ben was in a puzzled state, he went to Marlena hoping to resolve the conflict that was going on in his mind. Marlena then hypnotized Ben which revealed that he wasn’t the one setting the fire. But now, since he has his suspicions about Claire, he might want to know more. Perhaps if Marlena helps him, he would be able to relive the scene again and pick out the real culprit. 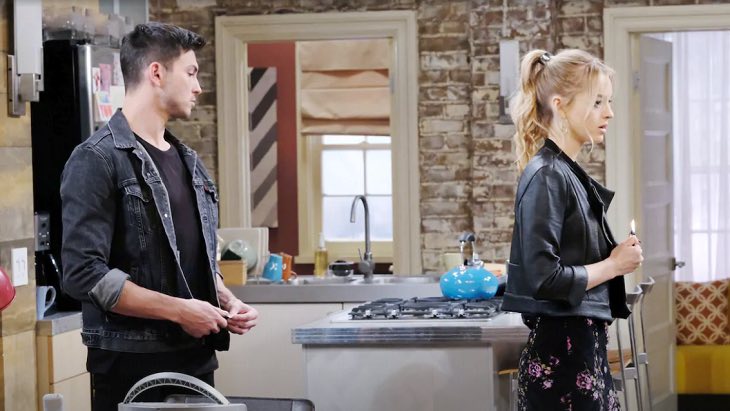 Ben and Marlena indulge in another hypnosis session. This time, despite trying really hard, Ben isn’t able to see any faces clearly. But he does remember a distinctive ringtone. The likely possibility is that if Claire is the one behind the fire, Ben will listen to the ringtone once again. Perhaps a setting in which Claire’s phone rings in front of Ben might rejuvenate his memory to some more extent. Of course, we don’t know how much time it’s going to take. But when the scene unfolds, it’s going to be remarkable.

What’s Going On With Other DOOL Characters?

Eve is telling Jack a secret. But she might regret it later when he takes some startling action. In the meantime, John and Marlena are off to finding Dr. Rolf’s journal to help Will. Hayley and JJ are off to Canada for a stealth escape.

Do you think Ben remembering this detail will account to something bigger? Let us know in the comments below. Also, make sure you don’t miss out the thrilling episode. Stay tuned with TV Season Spoilers to get Days of Our Lives Spoilers and updates for upcoming episodes.