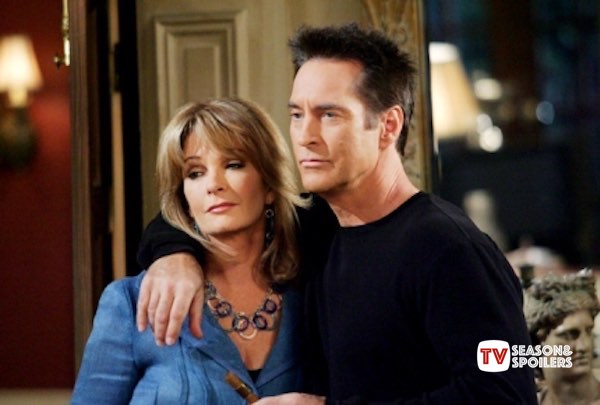 NBC’s soap opera Days of Our Lives Spoilers for Tuesday, August 21, 2018 features a wedding mishmash. Days of our Lives keep its viewers stick to the channel by offering a lot more drama which they will see in the upcoming episode. With the crash of the mean lady into the party, the situation becomes tense. The lady’s appearance threatens to destroy John and Marlena’s big day.

Marlena (Deidre Hall) is trying everything to deal with everyone else’s issues in addition to solving her problems. When she was trying on her wedding dress John ( Drake Hogestyn) walked in and you already know what happened next.

John witnessed an unforeseen and never expected incident at his bachelor party that threatens him to stop the wedding. Even Marlena’s last freedom party will also see two surprise guests and of course Belle (Martha Madison), the first one to crash the party. Elsewhere, nobody knows what is happening with Sami but they don’t want to see her until the big day of Marlena.

If you are thinking only Marlena is one who is witnessing all the brawls but she isn’t the only one in Salem. Kayla (Beth Evans) and Steve involve Stefan as Steve continues to keep secrets from her dearly beloved. However, Stefan’s involvement isn’t liked by Steve.

Also, Kayla’s tarot card hints at her some news which will unnerve her. It is to see what the cards told her that made her so worried!

The wacky Susan (Stacy Haiduk) has returned from the mental hospital and is looking for Will’s (Chandler Massey) forgiveness. She wants to apologize to Will whom she has been wronged for nearly two years. Elvis Jr.’s mother is seeking redemption for her dirty deeds with Will. Now, can Will (Chandler Massey) be able to forgive her for kidnapping and drugging him? There is one more question popping up that will Sami (Alison Sweeney) serve up a hot side of justice for her boy?

There is a lot more in the pipeline for the viewers of the soap and Days of Our Lives Spoilers will keep you updating the same. So stay tuned.